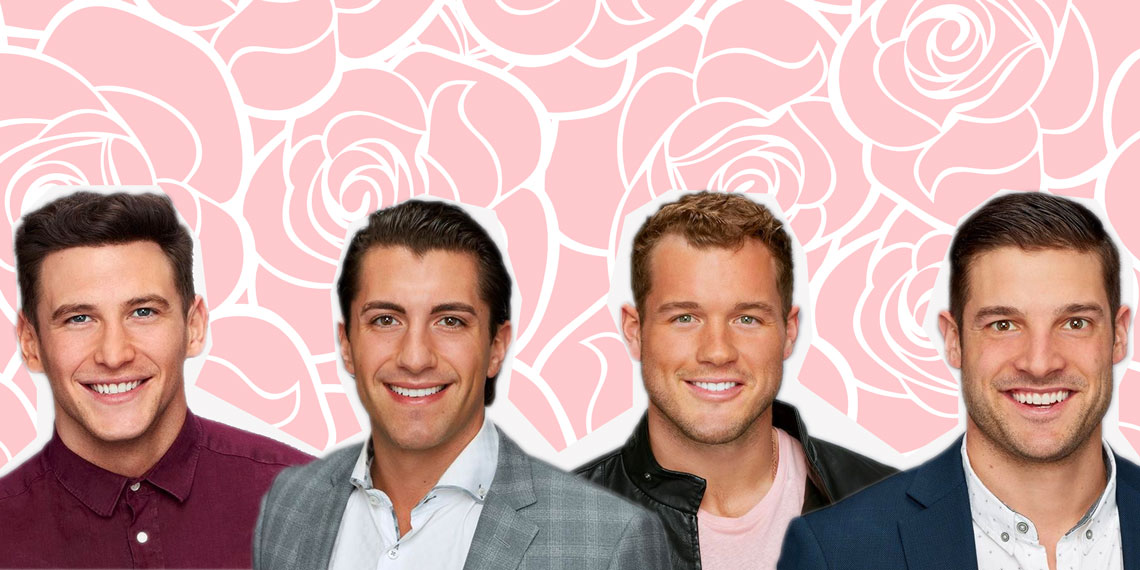 Who Is The Next Bachelor? All The Rumors So Far

This post contains spoilers. Spoilers are in this post. Am I clear enough? Don’t read this if you don’t want the romantic fairytale love story of The Bachelorette ruined for you in the next 30 seconds. Don’t @ me. Personally, I think this season is a total bore and you’d have to be crazy to genuinely think you’d find love while dating 20+ people at once on reality TV. But whatevs, I’m a cynic, and I only really watch this garbage to pregame for my personal Super Bowl, Bachelor in Paradise.

Look, I’m sorry, but this season of The Bachelorette is. so. dull. Also, I can just read the recap, which is infinitely better, because unlike Becca, the staff at Betches has a sense of humor. But after BiP is over, and I get to be sad again for an entire year, the next thing we have to look forward to is The Bachelor. Here’s the thing. Are we going to get someone who’s super interesting and fun? Or are we going to get a total normal person (which, like, kudos to you, because normal people make horrible reality TV, so it’s really a compliment) like Becca (cough, cough Blake)?

Since I already warned you there are spoilers, let’s get down to who the next Bachelor is not going to be. So, we already know that, unfortunately for our favorite basic from Minnesooota, Becca picks Garrett and TMZ has the pics to prove it. I would bet my life that they break up immediately, especially once she found out about Garrett’s, um, shall we say, indiscretions? Either way, after the controversy, there is no way in hell that Garrett has a running to be the next Bachelor.

That said, according to Reality Steve, who, let’s be real, is always right, there has NOT been any talk about anyone from Becca’s top four being the next Bachelor: that means Blake, Colton, Garrett, or Joey from 10 Things I Hate About You.

They’re all boring and/or greasy, so I’m fine with it. But others disagree. Wendy Williams apparently thinks that Colton is the pick, but we all know that Colton is going to lose his fictional V-card to Tia in Paradise, so why even entertain it?

In other news, a lot of Bachelor nation rejects, such as Erectile Dysfunction Evan and Mostly-Hair-And-Indecisiveness Caila are pro-Jason, which, tbh, I’m baffled by. He looks like an extra from West Side Story, and every time I see him I expect the aggressive, dance-related snapping to begin. If it is him, please someone confiscate the hair gel.

Reality Steve did say that there is potential for ABC to bring back Ben Higgins for a second go. Which, I’m sorry, I cannot sit through another season of Ben saying, “Oh it’s so hard to choose, because this girl is super hot, and really nice. But this other one is super nice, and really hot.” And I can’t watch any more blonde girls named Lauren. I will kill myself.

The other option, according to Steve, our lord and savior, is the original pick for last year’s Bachelor, Peter Kraus. He’s hot and available. However, ABC def had issues with him not being “ready” for ~*~true love~*~ and marriage on reality TV, which, to be fair, is like the entire basis of the show, so I get that. And also, apparently, Peter says he’d tell ABC they can’t sit with him, but let’s be real, I think if offered, he’d change his mind.

There is an entire audience that is pro-Blake, which in some ways I get. He’s nice, wholesome, and seems genuine… and is boring af for TV. I would personally prefer Jordan, fashion aficionado, resident psycho, and pensive gentleman. He would deliver killer one-liners and cause a scene every episode—that is the kind of TV I live for, people. Nice, normal people have no place in entertainment. Blake is essentially the male Becca, and to be real, Becca should have chosen him. But actually, she should have chosen literally anyone over a racist, homophobe, and someone who accuses children who were shot at in their school of being actors. Sorry Garrett, there’s a special place in hell for you. Even the floor pooper may have been a step up. That said, there have been rumors that Becca regrets her choice and pulls an Arie, so maybe Blake will be off the market.

(I would also like to take this time to personally and publicly campaign for Wills to be the Bachelor. Tell me you wouldn’t love to see those plaid suits every Monday on your television!! And yes, I know it will never happen. A girl can dream.)

Whatever, at this point, as long as it’s not Nick Viall again, I don’t even care.