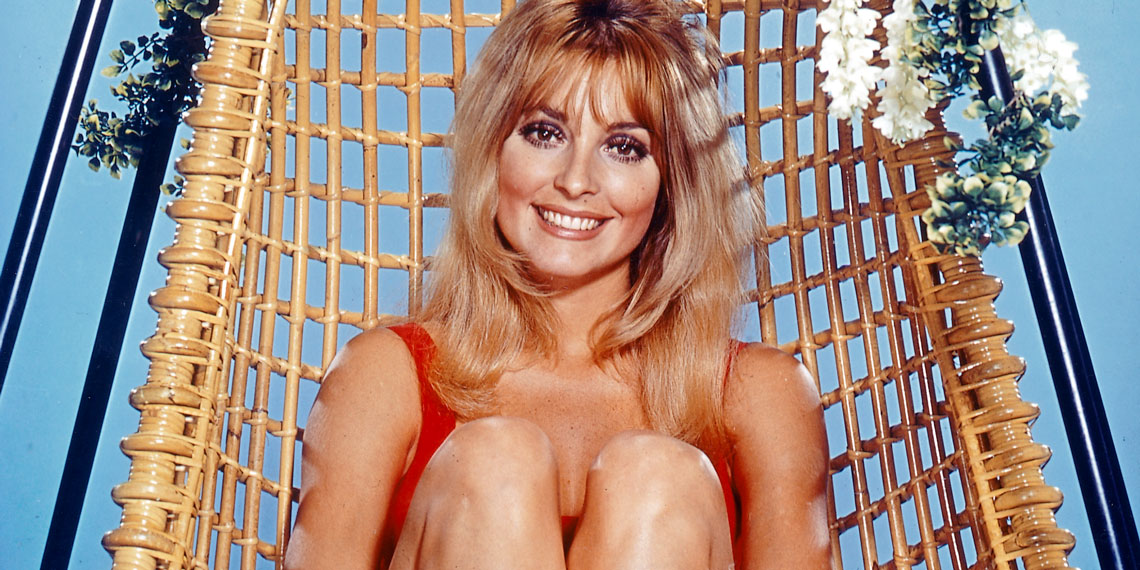 Who Is Sharon Tate & Why Is Everyone Talking About Her?

I first heard about the tragic fate of Sharon Tate at an age probably too young to be discussing mass murder, when my grandpa sat me down and told me the story of the time he punched Charles Manson in the face. My grandpa did a lot of drugs in the 1960’s, so I’m not entirely sure how true that story is, but nevertheless it primed me for a day like today, when I’d be asked to write this article.

If your grandpa didn’t delve into true crime with you as a child, you might be hearing about Sharon Tate for the first time this week due to the release of Quentin Tarantino’s latest film, Once Upon a Time in Hollywood. The movie centers around a TV star (Leonardo DiCaprio) and his longtime stunt double (Brad Pitt) as they venture around Hollywood at the end of its golden era. The movie stars an ensemble cast, many of which are far too young to be left around Leonardo Dicaprio.

Before we dive into where Sharon Tate comes into play here, let’s rewind and start with the basics.

Who Is Sharon Tate?

Sharon Tate was an actress and model who rose to fame in the 1960’s for her roles in films such as Barabbas, Eye of the Devil, and most notably Valley of the Dolls, the last of which she received a Golden Globe nomination for. In 1969 Tate married Roman Polanski (probably the second greatest tragedy of her life), who was her director and co-star in The Fearless Vampire Killers.

Widely regarded as a rising star, Sharon’s notoriety was cemented not by her talent, but by a horrifying act of violence. On August 9, 1969, Sharon Tate was brutally killed at the Hollywood Hills home she and Polanski had rented together, becoming one of many victims in the now widely known Manson Family Murders. She was nearly nine months pregnant at the time of her death.

What Are The Manson Family Murders?

Hello those of you who never misguidedly read Helter Skelter while living on a ground floor apartment with no air conditioning and then proceeded to sleep with the windows boarded up for weeks on end during the height of summer, let me educate you on one of the most senseless and also fascinating killing sprees America has ever seen.

On the fateful night of August 8th, 1969, Sharon Tate was went out to dinner with three friends: Jay Sebring, Wojciech Frykowski, and Abigail Folger. Polanski had been held up in London on business, and had asked Frykowski to stay with Tate in his absence as her due date was rapidly approaching. The four returned to Tate and Polanski’s home after dinner, where shortly after midnight they were murdered by members of the Manson Family, the cult followers of Charles Manson.

We’re going to skip out on the gory details here 1. Because it’s unnecessary and 2. The internet exists. Go wild, if you so please. The bodies of Tate, Sebring, Frykowski and Folger were discovered by Tate’s housekeeper the following morning, along with the body of Steven Parent, which was found in his car in the driveway. Parent was not a member of Sharon’s party, but rather a visitor of the property’s caretaker, who had been leaving around midnight and encountered the family on his way out.

The Manson Family Murders sent shockwaves through Hollywood, a community of people who had once thought themselves to be invincible. This paranoia ran rampant, with many packing up and leaving town altogether, until September 1969 when members of the Manson family were arrested on unrelated auto theft charges. Once in custody, the police were able to piece together clues from this case as well as two others committed around the same time: the LaBianca and Hinman murders, and convict the family in 1971.

Who Are The Manson Family?

The Manson Family was a cult lead by Charles Manson in the 1960’s, made up mostly of impressionable young women that he had sex with. The Family originated in 1967 in Berkeley, CA, where Manson convinced the woman he was shacking up with to casually let over 18 women move in with them. Ladies, this is what a red flag looks like.

The Haight-Ashbury “Summer of Love” taking place in 1967 was a fertile environment for Manson to build his status and collect followers. After the summer ended he packed up a van with about 10 followers and road tripped up and down the West Coast, eventually settling in Topanga Canyon in Southern California with an alternative headquarters in Death Valley.

Manson, obsessed with fame as most cult leaders are, became obsessed with The Beatles’ White Album, convinced it was foretelling an apocalypse that would befall the world once black people rose up in cities across America in opposition to white people. He called this apocalypse Helter Skelter—yes, like the song—and believed that The Beatles wrote the album to guide him and his followers to save those they deemed worthy from the chaos that was about to reign across the country. You know, normal hidden lyric stuff.

In a slightly oversimplified synopsis, this belief is what lead to the spree of killings in Southern California committed by the Family. That, and the fact that Charles Manson was an insane, raving narcissist. For real though, read Helter Skelter.

So Why Are We Talking About Sharon Tate Now?

Quentin Tarantino, of course. In Once Upon a Time in Hollywood, Tate, whose murder was said to bookend the golden era mentioned above, is played by Margot Robbie. As is to be expected of any Tarantino film, the last 20 minutes are rumored to be a revisionist history blood bath, of which Tate is a central figure. As I refuse to read any further spoilers, that’s all I can tell you for now—I’d recommend seeing the film to understand the true source of the hysteria. While you’re there, let me know if my grandpa gets a cameo.