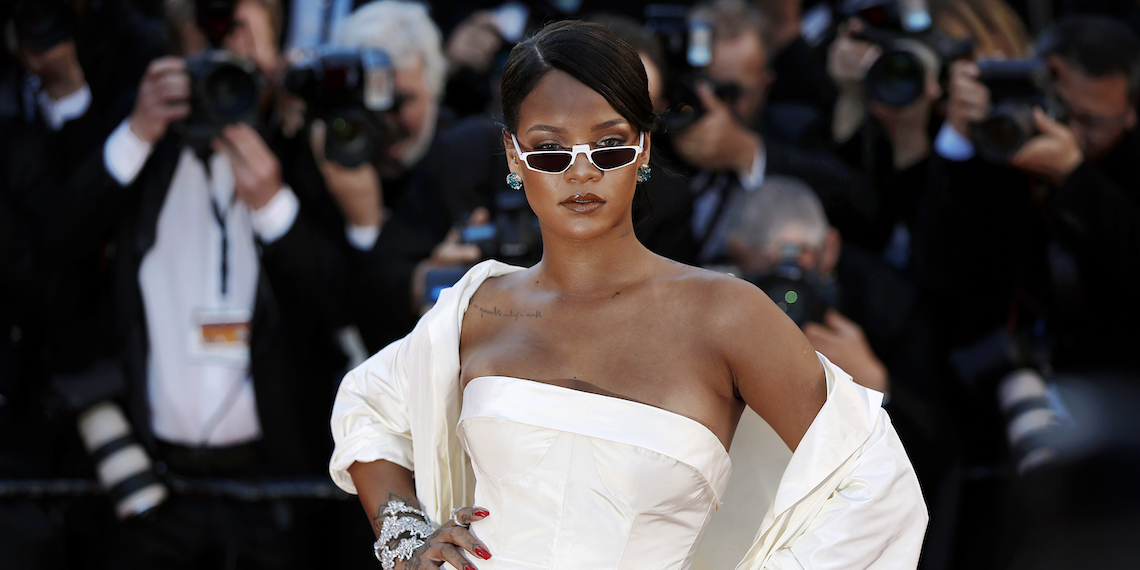 Who Is Rihanna’s Boyfriend? What We Know About Her Saudi Billionaire

Rihanna is a total badass, and it seems like men have always had a tough time keeping up with her. Of course, there was her nightmare situation with Chris Brown, who somehow still isn’t canceled a decade later. Since then, Rih has spent time with rappers and athletes, but for the past couple years, she’s been focused on a billionaire businessman. Honestly, that’s the type of energy I need in my life. She’s officially the world’s richest female musician, and she has a man with money to match. Who is Rihanna’s boyfriend, and how long have they been a thing? Here’s what we know.

To start, his name is Hassan Jameel, and did I mention he’s a billionaire? He’s from Saudi Arabia, where his family owns Abdul Latif Jameel, one of the largest multi-faceted companies in the country. The company is active in over 30 countries, and their biggest thing is owning the distribution rights to Toyota cars in like, most of the Arab world. Casual. The company was founded by Hassan’s grandfather, and he currently serves as the Deputy President and Vice Chairman of Saudi Arabia operations. Sound a little entry level, but I guess he’s doing okay.

Now that we’ve addressed the “who is Rihanna’s boyfriend” issue, let’s get to the “WHEN DID THIS BECOME A THING???” issue. If you’re a close follower of Rihanna’s personal life, you’ve probably known about Hassan for a while, because he and Bad Gal have actually been together since 2017. The first time they were ever seen together was New Year’s Eve in 2016, shortly after Drake had professed his love for Rihanna in one of the cringiest moments ever captured on video.

In April 2017 they were seen together in Tokyo, but at this point Hassan was still a mystery man. Tokyo makes perfect sense, because Hassan went to college there and speaks fluent Japanese, due to his family’s business with Toyota. (If you fell asleep all those times your dad was talking about cars, Toyota is a Japanese company.) That summer, Rihanna’s dad told a tabloid that she had recently told him about her new boyfriend, and that “he’s going to have to buckle up.” Idk why Rihanna’s dad is out here talking to tabloids about his daughter, but I’m here for the dramz.

Things seemed good for the next year or so, until an apparent split last June. According to a source, they were good together, but Rihanna “gets tired of men sometimes.” Girl, SAME.

Live footage of Rihanna/me being tired of men:

But in another move that seems like something I would do (have done), Rihanna got back with Hassan the next month. Since then, they’ve been going strong, and right now they’re on vacation together in Italy. Rihanna has been spending most of her time in Europe recently, and I have a feeling it’s for both business and personal reasons. She told T Magazine that she moved to London earlier this year, which makes sense for her Paris-based fashion brand, but also because Hassan spends a lot of time there.

I don’t know how serious they are, but I’m all of a sudden very into this relationship. In approximately 30 minutes, I’ve gone from “lol who is Rihanna’s boyfriend” to wondering how soon they’re going to get married. If Rihanna’s not giving us a new album, I would settle for some stunning wedding photos. It’s been approximately 12 hours since Bradley Cooper and Irina Shayk broke up, but this relationship is already clearing my skin and giving me hope for the future.

Congrats to Rihanna on bagging a billionaire, but bigger congrats to Hassan Jameel on bagging f*cking Rihanna. Meanwhile, I’ll let you know if my latest app guy ever decides to message me back. It’s not looking great over here!