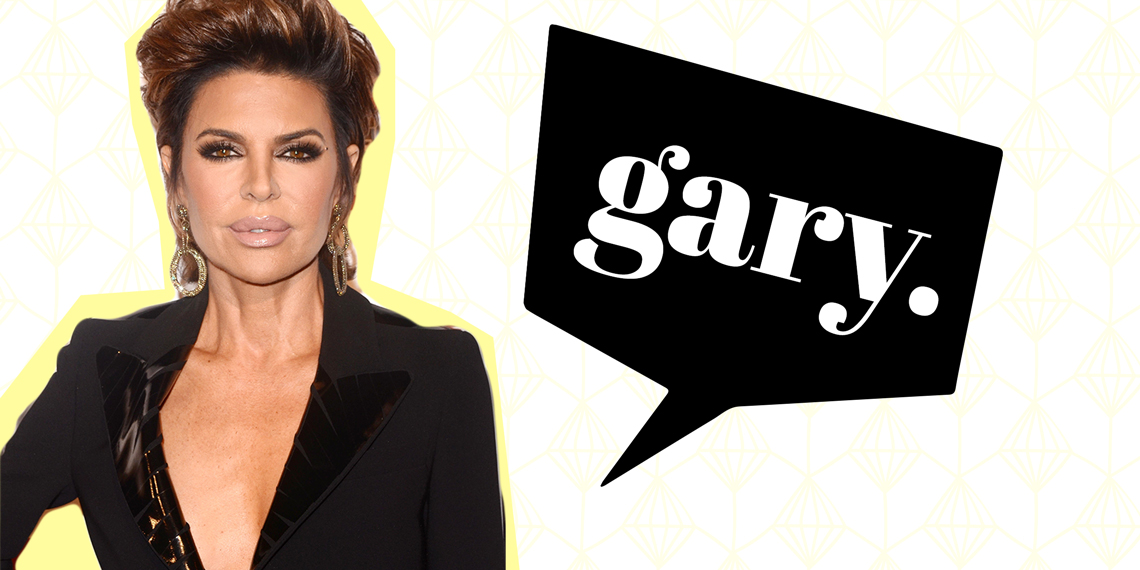 Who Is Gary Janetti & Why Is Instagram Obsessed With Him?

If you’re a follower of Comments by Celebs (and if you aren’t, then go fix that ASAP), you’ve probably seen a lot of Gary Janetti on your feed. His posts and comments are always funny, but you’ve probably been wondering, “who is this man and why/how is he best friends with Lisa Rinna?” Well, I did the Googling that you’re all too lazy to do, and now I have answers for you. Yeah, I work really hard, so you’re welcome. This is the story of Gary Janetti, and why he’s all over your Instagram feed.

Gary Janetti was born on March 22nd, 1966 in Queens, New Y0—JK, I’m not going to bore you with the actual story of his life. Let’s fast forward to the interesting stuff.

Basically, Gary is a TV writer and producer. His biggest successes were executive producing several seasons of Family Guy and Will & Grace, so he’s a big deal in the TV world. Will & Grace money is no joke. Recently, he also wrote and produced a British sitcom called Vicious, which I haven’t seen, but I’m sure it’s funny. All of this explains how Gary is involved in the entertainment industry, but to understand why he matters, you have to dive a little deeper than his producing resume.

First, it’s important to know that Gary is married to Brad Goreski. That’s right, he is officially one half of a gay power couple. If you don’t know who Brad is, here’s a quick summary. He got famous from being on The Rachel Zoe Project (lol #tbt) as Rachel’s style director, and then he got his own reality show called It’s a Brad, Brad World. For the past few years, he’s been one of the cohosts on Fashion Police. He is also a real stylist who has a long list of celebrity clients. He’s also um, very very hot. Gary is 12 years older than Brad, but they’ve been together for a long time and are really cute together.

Happy #nationalpuppyday from Penelope, Alice & Theo ???????????? If you are thinking about getting a dog please consider #adoptdontshop. Some of my fave rescues are @pawworks, @dogswithoutborders, @susiesseniordogs & @apurposefulrescue

Aside from his perfect husband (and adorable dogs), Gary’s best asset is his Instagram. He rarely ever posts pictures of himself or his actual life, but instead mostly posts about the British Royal family. It sounds weird, but it’s honestly hilarious. He started making these satirical posts where he imagines Prince George as this totally sassy betch who can’t stand Meghan Markle. He posts a lot, and I respect the commitment.

“Decided to kick off my birthday weekend early in Mykonos at my dear friend @lindsaylohan’s Beach House. So proud of her.” #BigFive #GirlsTrip #birthday #prince

A lot of celebrities are pretty lame on Instagram, but Gary is actually worth a follow for the content. While most famous people are basically just documenting their unattainable lives, Gary is consistently delivering comedy. I’m into it. You know who else is into it? Lisa Rinna. Lisa and Gary are basically best friends, and she does this thing where she comments “Gary.” on basically all of his photos. It’s like they have a secret language where she can communicate with him with just one word. I really want in on this friendship.

So in a nutshell, Gary Janetti is a successful TV writer and producer who’s currently relevant because he’s very devoted to his Instagram persona. As much as I tried to uncover annoying and/or shady things about him, he just seems like a pretty regular guy. At least now you won’t be confused when you see his comments on your favorite Real Housewives’ photos.

Lmk in the comments if there are other Instagram personalities that you need to know more about, because the internet is full of famous randos.