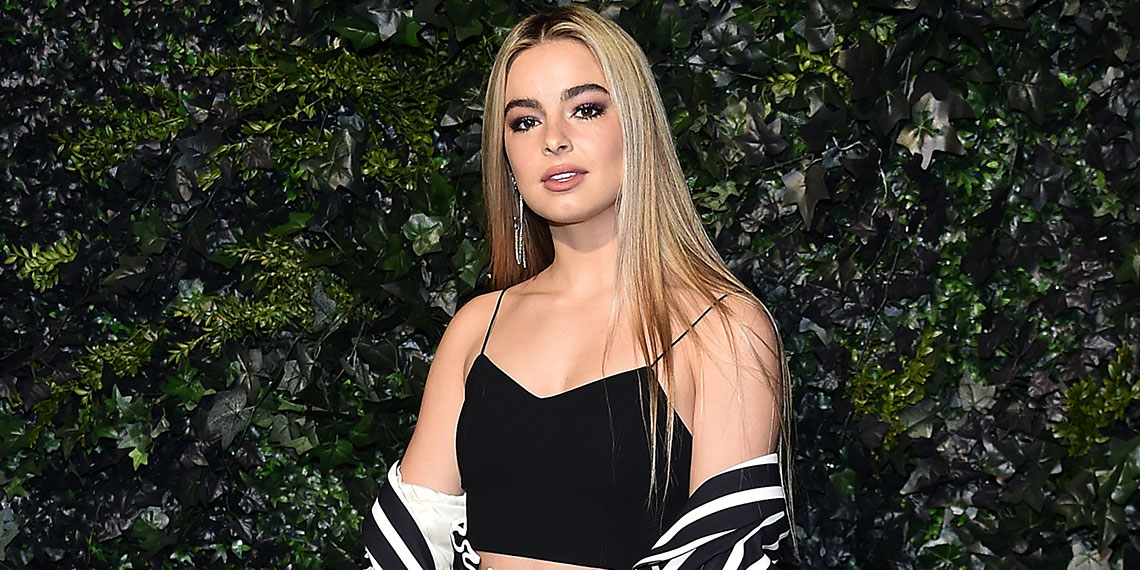 Who Is Addison Rae & Why Is Kourtney Kardashian Obsessed With Her?

When it comes to keeping up with TikTok, I basically just don’t. I’ll watch what people send me, and of course I love cringeworthy celebrity TikToks, but mostly I’m content leaving Gen-Z alone to do their dances and troll President Trump in peace. But sometimes the world of TikTok crosses over into the real world, and by the real world, I actually mean the world of the Kardashians. Recently, Kourtney Kardashian and her fam have been spending a lot of time with Addison Rae, who happens to be the second most followed person on TikTok (after Charli D’Amelio). She also happens to be 19 years old, which begs the question: Why is Kourtney Kardashian hanging out with someone half her age?

First, let’s take a step back and learn a little about Addison Rae. Surely, someone with over 50 million TikTok followers must be super creative, or funny, or talented, right? You would think, but much like Charli D’Amelio, Addison mostly posts videos of herself dancing or lip-syncing in her flawlessly lit house. And just like Charli, Addison was a member of the massively successful Hype House collective, though she doesn’t publicly associate with the group anymore. So basically, Addison is just your average TikTok teen who happened to rack up a ridiculous amount of followers. Casual.

The roots of Addison’s Kardashian Konnection can be traced back to March (which feels like approximately 17 years ago), when 10-year-old Mason Disick had his brief but iconic moment on social media. You may remember his drama with Jeffree Star, but that actually happened after Mason went live on TikTok with… Addison Rae. Kourtney quickly shut down Mason’s social media accounts, but apparently she connected with Addison through all of this, and at the end of June, she and Addison posted several TikToks with each other. Then, a few days later, this Instagram post nearly broke the internet:

First of all, we’re still in the middle of a pandemic, and most people are being careful about who (if anyone) they’re hanging out with in close proximity. There was obviously no social distancing happening here, so you had to wonder: were they being careless, or were Addison and Kourtney in each other’s bubbles? The former seemed more likely, considering that Kourtney hasn’t actually been that careful recently. In the past month, she’s been at Khloé’s birthday party, on a huge family trip to Wyoming (along with some of North’s friends), and spotted out at restaurants multiple times. I’m not even judging, but it’s not like Kourtney is only seeing a few close friends.

But despite how random their initial hangout seemed, nearly a month later, Addison has actually been spending a lot of time with Kourtney, Scott, and the kids. Last week, she posted this picture, and explained in the caption that Mason was the one who took it:

Over the weekend, she shared photos of her and Kourtney floating, fully clothed, in the pool:

Addison also posted a TikTok featuring Kourtney, Scott Disick, their three kids, North West, and a couple random men who I don’t recognize. Um, how many people are at this house? I still won’t even let my landlord in my apartment to fix something, meanwhile, Kourtney’s place is crawling with people. Also, is Scott living there? Is he officially back with Kourtney?? So many questions, and zero answers.

But they’re not just at the house! In addition to being at Kourtney’s all the f*cking time, Addison also went to dinner with her at Nobu Malibu twice last week, because they can, I guess. They’ve also been to the beach with Kourtney’s friends with no masks in sight. With the age difference between Addison and Kourtney, people (me in my group text) have started to joke about Kourtney adopting her, but actually, this whole situation is bizarre. You’ve got Addison, who’s half Kourtney’s age, who met Kourtney through Mason, who’s half Addison’s age. None of these people should be friends with each other—it’s weird!

When it comes to why Kourtney and Addison are obsessed with each other, there’s really no satisfying answer. We basically know how they met, but when it comes down to it, these are two famous people who understand how clout works. Do they enjoy each other’s company? Probably, but they also know it’s good for both of them to keep making videos and taking bikini pics together. That’s showbiz, baby. (Sidenote: Kourtney, if you’re interested in adopting me, my DMs are wide open.)