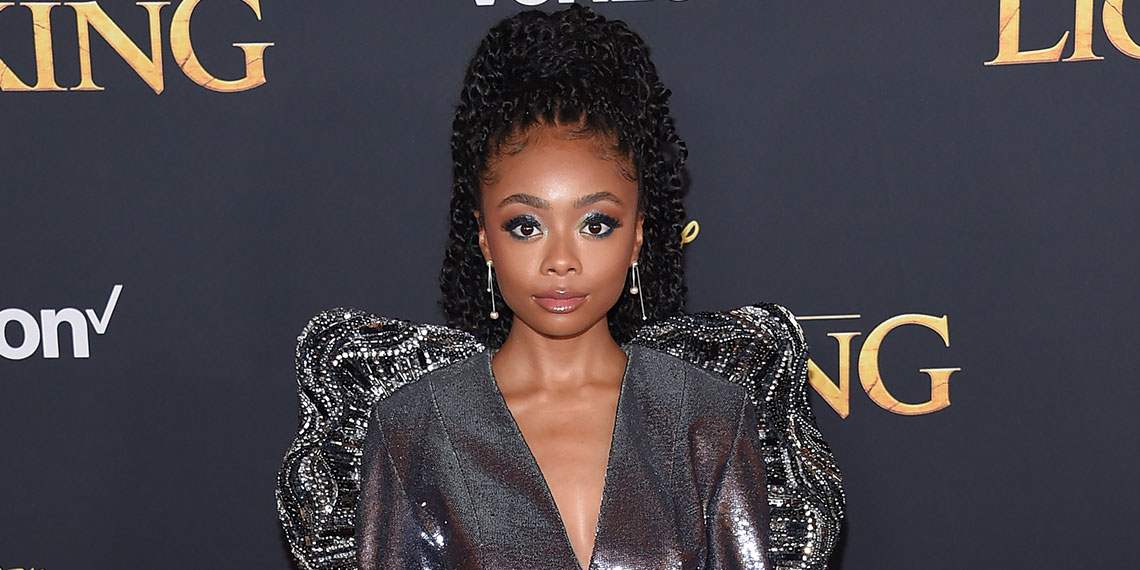 Who Are Bhad Bhabie & Skai Jackson, And Why Are They Feuding?

There’s very little in this world that I love more than a good celebrity feud. Our favorite famous people getting messy on social media? It’s delicious. But every feud needs context, and this one is… a lot to take in. Two of the biggest Gen-Z stars, Bhad Bhabie and Skai Jackson, really got into it this week, and if those names don’t even sound like names to you, then you’ve come to the right place. Let me explain.

Okay, so Bhad Bhabie’s real name is Danielle Bregoli, but her real name is Cash me Ousside Girl. You know the one. Since her time on Dr. Phil a few years ago, she’s rebranded as Bhad Bhabie (pronounced “Bad Baby,” don’t get me started), and launched a fairly successful rap career. She’s still only 16 years old, which is objectively terrifying. She’s no stranger to feuds, and my personal favorite was when she got in a literal fist fight with fellow teenage rapper Woah Vicky at a recording studio. She’s a f*cking lady.

In the other corner of this feud, we have Skai Jackson, a 17-year-old Disney Channel star who is already way more accomplished than you ever will be. She’s been acting since she was like, zero years old, and last fall, she released her first book, Reach for the Skai: How to Inspire, Empower, and Clapback. Speaking of clapping back, let’s get into what the f*ck is going on with this feud.

This whole mess started when Bhad Bhabie allegedly found out that Skai was trying to get with her ex through a finsta account. The ex in question is rapper NBA YoungBoy, which sounds like a fake name that came out of an online generator, but alas, he’s real. In an Instagram Live, Bhabie called Skai out, saying “I will literally kill you. She’s moving sneaky; don’t go post on your fake page.” *Checks notes* Yup, that’s a death threat.

On Thursday, Skai Jackson filed a temporary restraining order against Bhad Bhabie, saying that “The harassment has caused me to be fearful of leaving my house by myself, and lack of sleep.” In the filing, she included alleged Instagram DMs between herself and Bhad Bhabie, and they’re even worse than what she said on the Live. First, Bhabie says “I’ll dog you,” and after Skai asks what the problem even is, Bhabie says “Shut your scary ass up… Imma get to you… Hide… That’s all Imma tell you… HIDE.”

As if the girls hadn’t gone wild enough, their moms also got in on the Instagram feud action. First, Bhabie commented on Skai’s mom’s page, saying that she should “get a hold of that finsta she has.” Ah yes, the sage parenting advice of 16-year-old known nightmare Bhad Bhabie, I’m sure that will be taken seriously by a grown-ass adult.

Skai’s mom immediately popped off on Bhad Bhabie, calling her “little girl” (my favorite insult of all time), and saying that she’s “not the one to be played with.” Please put this woman on Real Housewives ASAP. She invited Bhabie to give her her contact information so she so she could have this conversation with her mother, but then… BHABIE’S MOM STARTED COMMENTING TOO.

These women both fully WENT THERE, and I am so thankful. In the second screenshot, Skai’s mom literally says “I will stomp a mud hole in your sloppy ass,” and that was the moment where my soul really left my body. I have no idea what a mud hole is, but I’m here for it. Bhabie’s mom then accuses Skai of f*cking “all them rappers,” which feels like crossing a line, but let’s face it, both of these women are fighting to win. I literally need a glass of water after reading these comments, because I feel like I’m about to die. Let me just say, I did not expect the mothers to bring it this hard.

While Skai has kept quiet about the feud on her social media—I guess the restraining order speaks for itself—Bhad Bhabie addressed it with a post on Thursday. Ever humble, the photo is of her gold and platinum records, and the caption is all about how she won’t apologize for anything. She refuses “to become as fake as Hollywood is” which I already feel like is going to be the name of her next song. At the end, she tells Skai, “Go get your restraining order, Imma go get checks.” Technically speaking, I’m sure Skai Jackson is getting PLENTY of checks, but whatever.

you can try to hate me for responding to bullshit with more bullshit but that’s just who I am and I don’t apologize for none of it. I been in this fake ass hollywood world for 3 1/2 years now and I’ve done ALOT when the whole world said I couldn’t, but I refuse to become as fake as hollywood is. Y’all can play around on your finstas but I’ll always say what’s on my mind as cuz that’s who I am. Go get your restraining order , Imma go get checks. @fashionnova #ad 🤣

But my favorite, favorite, FAVORITE part of this is that she ends the post by tagging FashionNova and hash tagging #ad. I’m sorry, WHAT? I can’t tell if this is a joke, or my new favorite sponsored content of all time. If I ever start doing spon on my Instagram, I’m only doing it in the form of being shady to someone. This is what all Instagram ads should be from now on.

Knowing Bhad Bhabie’s messy ass, we probably haven’t heard the last of the feud between these two—she’s most likely working on a cringeworthy diss track as we speak. Ugh, look at Gen-Z putting in the hard work and giving us the content we need. Keep it up, ladies, but maybe just cool it with the death threats!