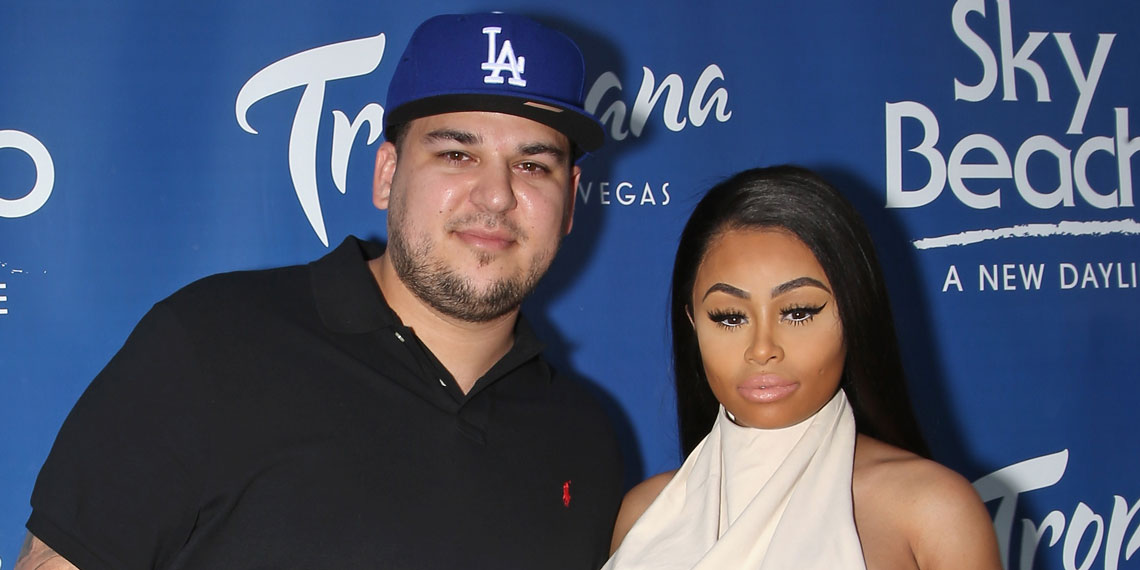 Yesterday was obviously St. Patrick’s Day, but it was also another important holiday: Rob Kardashian’s birthday. The long-lost Kardashian son has been out of the spotlight in the last couple of years, but he’s still a part of the family. Sunday was his 32nd birthday, and pretty much the entire family took to Instagram to send him birthday wishes. While it looks like he didn’t get an extravagant party à la Stormiworld, he wasn’t completely forgotten. Let’s take a look at who really stepped up for Rob’s birthday, and who could’ve put a little more effort into their #content.

What does it all mean? Are Rob and Chyna on speaking terms again after all this time? Or is Blac Chyna just being nice as a technicality so she’ll look less petty in their child custody case? There’s literally nothing I would put past these two, so who really knows. Really, I’m just hopeful that this means baby Dream is having more of a normal childhood, because no kid deserves to have their parents battling each other in court.

Kim Kardashian has always been close with her brother Rob, and she posted one of the nicest birthday messages for him. It’s definitely an old photo, which is especially nice of Kim to show Rob in his prime, and the caption about him being a great dad is really sweet.

Happy Birthday to my one and only brother Robbie! I was looking through old pictures and all of the amazing memories came up. My best memories though are you as a dad and seeing what an amazing person you have become. I love you beyond ???

As it should be, Rob got the best birthday shoutout from his mom. Kris posted a bunch of adorable throwback pictures, and then one more recent one of her and Rob with Dream. Say what you want about Kris, but she really loves all her kids and grandkids. Even if Rob doesn’t really fit in with his family of mega-influencers, Kris loves him just the same.

Happy Birthday Rob!!! You are such a huge part of my heart. You have the most beautiful soul and I love you more than you can ever imagine. You are such a wonderful amazing caring and loving Daddy and it’s a joy to watch you with your baby Dream. I’m so proud of you Robbo and I love you more than you will ever know. Have the best day, mommy ???? #robkardashian #happybirthdayrob

Kourtney’s post might have been my favorite one. It’s an old video of Rob getting interviewed by his sister, in which he says that the one thing he wants people to know if he dies is that he’s a grower, not a shower. This is the kind of classic Kardashian sh*t I really live for. Rob used to be so cute and normal, and I miss him.

To my brother, you have the most kind, compassionate and loving heart. You are weirder than anyone I know, with your multiple imaginary friends, most bizarre and amazing sense of humor. To laughing with you endlessly. I could not imagine life without you. Robert my love, Happy Birthday!

And to wrap things up, the award for Doing The Least goes to one Khloé Kardashian, because she barely did anything. She couldn’t even be bothered to find a photo of Rob, and instead mentioned him in the caption of a slideshow of pictures of True dressed up for St. Patrick’s Day. Really Khloé, you couldn’t have just tacked a photo of Rob onto the end? I feel like she literally forgot it was his birthday and then went back and edited the caption later.

Kendall and Kylie didn’t post on their feeds for Rob’s birthday, but they both posted Stories, and I’ll accept that. Not everyone needs to do a crazy birthday post, and those ladies have branded deals that are way more important than posting a throwback photo with their half-brother they probably haven’t seen in a year. Kylie’s Story even had a picture of a cake that said “Happy Birthday Rob”, so we can presume that they all actually saw Rob on his birthday and didn’t just put up a half-hearted post (like you do for all your college friends’ birthdays nowadays). Oh, and if anyone was wondering, Caitlyn Jenner didn’t post anything, because she’s not exactly on the best terms with the Kardashians. Maybe next year!