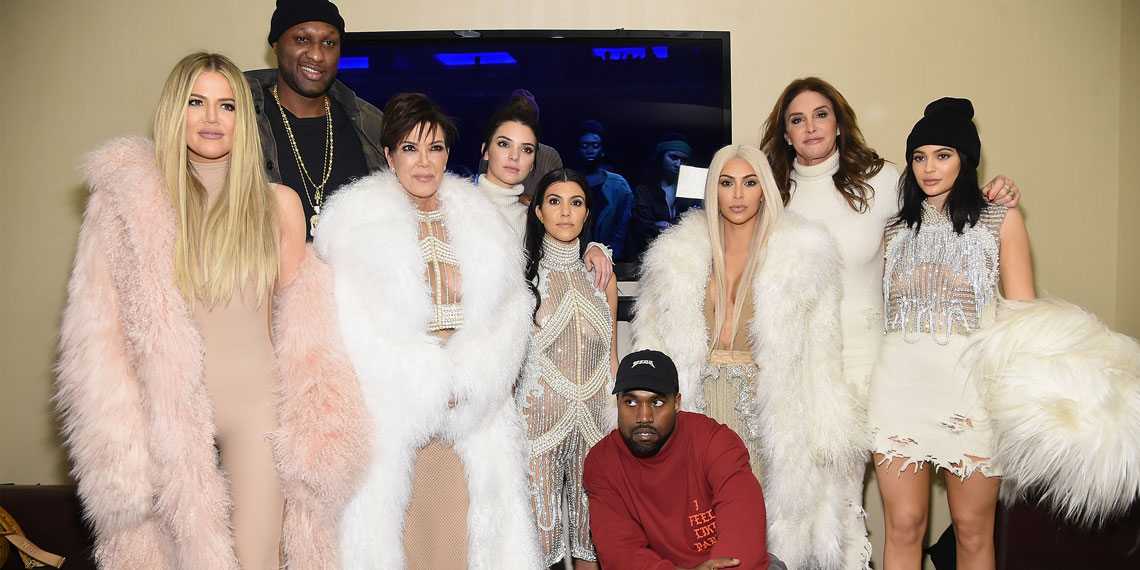 Which Kardashian Has Changed The Most Since 2007?

This year, with all the crazy things happening in the world, I’ve really learned to be appreciative of the little special moments in life. The bar for good news has officially been lowered, so today we’re celebrating the 11th anniversary of Keeping Up With The Kardashians. That’s right, it’s been a whole 11 years since Kim and her insane family first graced our television screens, and the rest really is history. Since 2007, the Kardashians (and Jenners) have kept us entertained through it all, and they’ve pretty much thrown everything our way. We’ve had pregnancies, weddings, divorces, a sex change, revenge porn, and more pregnancies. A lot of sh*t has gone down since October 14, 2007, but which family member has changed the most? Let’s review the evidence.

(Disclaimer: I’m not putting Kanye West on this list because he’s not a real Kar-Jenner and he’s barely on Keeping Up With the Kardashians and MOSTLY because I’m sick of talking about him!!!)

Has Kris Jenner really changed at all since Keeping Up With the Kardashians started all those years ago? Sure, her clothes have gotten better and her face has gotten tighter, but she’s still the same tough momager betch that she’s been for all these years. If anything, she probably gives less f*cks now than she did in 2007, but don’t we all?

2018 Kourtney = 2007 Kourtney + 3 kids – 1 Scott. Of course, having three kids is a major life change, but I think Kourtney has basically stayed the same for the most part. Maybe she’s more responsible (and more into health food) now, but she’s always been the responsible big sister. Her taste in guys has definitely changed though, going from country club d-bag (sorry Scott) to tall dark hotties.

Kim is mostly the same in terms of personality, but her look has done a complete 180. Once she started dating Kanye, he gave her a complete makeover, turning her into the fashion superstar that she is now. Before that, her aesthetic was very “Princess Jasmine if she exclusively shopped at an outlet mall in 2008,” but now she only wears what Kanye tells her to. You can hate on her style, but I think she looks amazing. Also, Kim is now the most famous person on the planet, so she doesn’t have to suck up to the Pussycat Dolls anymore. Thank god.

Kendall Jenner, the older of the two graduates of the KUWTK School for Girls, pretty much struck the lottery. She was always skinny and cute, and she luckily just got hot and stayed skinny when she grew up. Combine those qualities with her famous name, and naturally she became one of the biggest models in the world. Kendall’s legit success in the fashion world has honestly been really impressive to watch, and her career shows no signs of slowing down.

We love a glowup, and Khloé really looks phenomenal. She really was never fat like everyone tried to say, but she hit the gym like a crazy person, and her results have been very legit. After her  tragic marriage with Lamar Odom finally came to a  close, Khloé finally seemed to find happiness with Tristan Thompson, but things got f*cked up when he was caught cheating just days before Khloé gave birth to their child. Nevertheless, they stayed together, and now Koko has a beautiful baby girl. She seems to be in a great place compared to 2007, and I’m happy for her.

Oh Rob, sweet Rob. When Keeping Up With the Kardashians started, Rob was a hot college student who was dating the hottest Cheetah Girl. But then he lost the girl, gained a ton of weight, and basically became a recluse. We watched in horror/delight as Blac Chyna basically scammed him into getting engaged and having a kid with her, but that whole situation just ended up being really bleak, especially considering there’s a kid involved. Rob, no matter how crazy your ex is, revenge porn is never a good look. Rob keeps a pretty low profile these days, which is probably for the best.

Kendall and Kylie were obviously both just kids when KUWTK, but somehow Kylie’s transformation feels more notable. Kendall basically stayed skinny and pretty, she just got older. Meanwhile, Kylie got a brand new face and a brand new body, and also gave birth to a human child. Not to mention, she’s built her own business empire (ayyyy self-made billionaire), and has an entire room full of Birkin bags. We’ve truly seen Kylie grow up before our eyes, and it’s pretty insane to think about.

Sure, I’m here to make jokes, but I’m also here to report the facts. If I had told you in 2007 that Olympic champion Bruce Jenner would transition into a beautiful (but Trump-loving) woman named Caitlyn, you would have thought I was crazy. So congratulations Caitlyn, you’ve definitely changed more than any of these other psychos in the last decade. I may not love your politics, but I’m so glad we live in a society where you’re free to be yourself. Mazel tov!