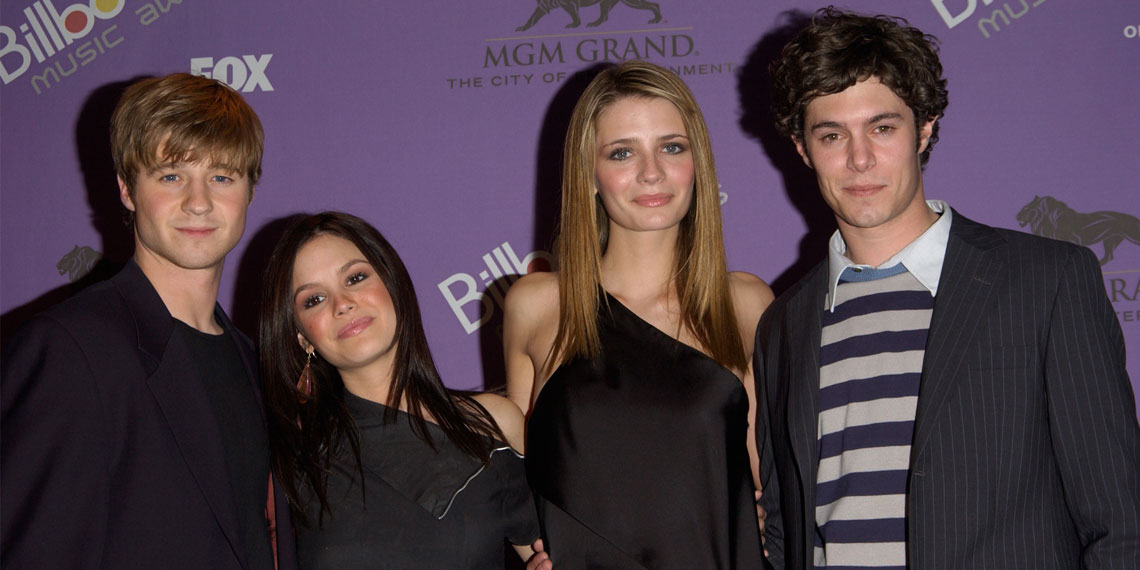 Where Would Your Favorites From ‘The O.C.’ Be Today?

August 5th is the 15th anniversary of the most important television show of all time: The O.C. The show premiered 15 years ago, so f*ck, we’re old. So here’s our take on what our favorite degenerates would be up to rn. We did it partially for #content, partially because we want a reboot since those are all the rage, and mostly because we want Mischa Barton to stop living off of unemployment checks because our girl needs a job.

Summer eventually went back to Brown after touring the country to encourage college kids to vote. She also got kicked out again for protesting Meat Mansion, a bro house at Brown that actually exists, for hosting offensively themed parties and getting the SWAT team called for getting too rowdy with it. Oh well. She ended up going on a vision quest with a Shaman in Peru that was life-changing—so life-changing that she decided to start her own lifestyle brand, à la Gwyneth Paltrow. While testing out a two month cleanse for her lifestyle site, she cut out Adderall and ended up growing six inches taller. Not bad considering Adderall is the only reason she got into Brown in the first place…

Oliver eventually got out of Betty Ford. His parents bought him admission to St. Paul’s, an elite boarding school in New England that literally requires a giant paycheck as an application. He then went on to Harvard, which requires a 2.5 GPA at St Paul’s and another giant paycheck for admission. He studied government and went on to join the Trump administration. He spent enough time on the creepy underbelly of the internet to know to invest in bitcoin and is an active participant in incel Reddit. He now is the proud owner of Bentley’s very first van that is totally not for kidnapping unsuspecting women. He lovingly calls it the “ski lodge” because of all the cocaine that’s done there and has a “Saturdays Are For The Boys” flag as its only decoration because, like I said, he’s an incel.

Kaitlyn ended up taking a “gap year” or three after graduating from Harbor because she was involved in the 2010 Bling Ring. She swindled her way out of jail time because she sold out Alexis Neiers, who was so strung out that she didn’t even do anything. Kaitlyn got probation as a plea bargain. Too edgy for California, Kaitlyn went off to Gallatin at NYU. Obviously, since it’s Gallatin, she didn’t go with the intention to study anything. She went to hang out with Cat Marnell and her friends. She ended up being the inspiration for the book White Girl Problems, but that didn’t even amount to any royalties for her. She never ended up graduating from NYU. Her only claim to fame is that she was the one that wrote that deluded Refinery29 money diaries article, and would like to thank Bullett for subsidizing her lavish lifestyle.

Marissa ended up faking her own death—for the attention, of course. She, too, ended up moving to NYC to attend Parsons for some amorphous degree that really doesn’t have any value. While at Parsons, she interned at lifestyle website Guest of a Guest, where she’d attend New York Fashion Week parties, club openings, and galas. She ended up becoming editor-in-Cheif of one of those lifestyle websites for trust fund babies. But she delegated all of her duties to Cat Marnell wannabes, debutantes, and aspiring social media influencers while she yacht hops and travels around Europe with whatever sugar daddy she meets at NYC society events. Word is she and Serena van der Woodsen are starting a sweater line together.

Unlike Summer, Seth finished his degree in Rhode Island. He remained faithful to her the entire time. Except for that one time he got stoned, crashed a party at Meat Mansion, and ate an entire tray of sushi off of the human sushi platter the guys hired from Providence College. Seth and Summer moved to Silicon Valley to be near his parents. He helped Luke Carmichael start a dating app to date cougars.

Sandy and Kirsten got bored with Berkley, because college students make any town suck after a while. So, they moved back to Orange County to pursue two of Sandy’s biggest passions: restaurants and eyebrows. With thicc eyebrows being in again, Sandy became Instagram famous and started his own eyebrow consultation business. He also started that restaurant that Caleb took away from him again. Andy Cohen stopped by while visiting a boy toy in the area and loved the restaurant. He also loved Sandy’s full eyebrows, luscious locks, and sassy attitude, and thought he would make an amazing male Lisa Vanderpump. So now Sandy Cohen and Kirsten have a Vanderpump Rules style reality show. So sad for a guy who was always hell-bent on never selling out, but come on, how could he not when his family and he always brought the drama?

Julie Cooper Nichol-nearly Cooper-almost Roberts-nearly Atwood-or-Bullett ended up not marrying Bullet (because he sucked) or Ryan’s dad (because that was creepy and also he sucked). She graduated from college with a degree in marketing because that’s what party girls get as degrees usually. She went to Seth to start a dating app for cougars, but as it turned out, Luke already started that app with Seth. It obviously led to a few dalliances with Luke, because as Buddha once said, “Once the d*ck enters any of your holes, it is very easy for it to re-enter.” (Okay, Lala Kent from Pump Rules said that). While in Silicon Valley visiting Luke, she met her dearest husband, who is some sort of tech billionaire. They moved to Monterey, where Julie made such an impression on the community that she will have a character based off of her in the next season of Big Little Lies.

Ryan Attwood created a really successful real estate company where they built everything from low-income housing to offices to McMansions for the elite. He left to start a charity called “White Knights Anonymous,” which is when an affluent white chick with a coke problem and daddy issues presses a button whenever she’s in the slightest amount of trouble that she got herself into so that a former member of Seal Team 6 or Rumble boxing instructor can punch out their perpetrator while screaming “Welcome to the O.C., b*tch.” These volunteers are completely anonymous and when asked, “Who are you?” they are contractually obligated to answer, “Whoever you want me to be.” And if this leads to sex in a lifeguard shack, so be it. Ryan spends his free time taking care of his foster son and brooding.