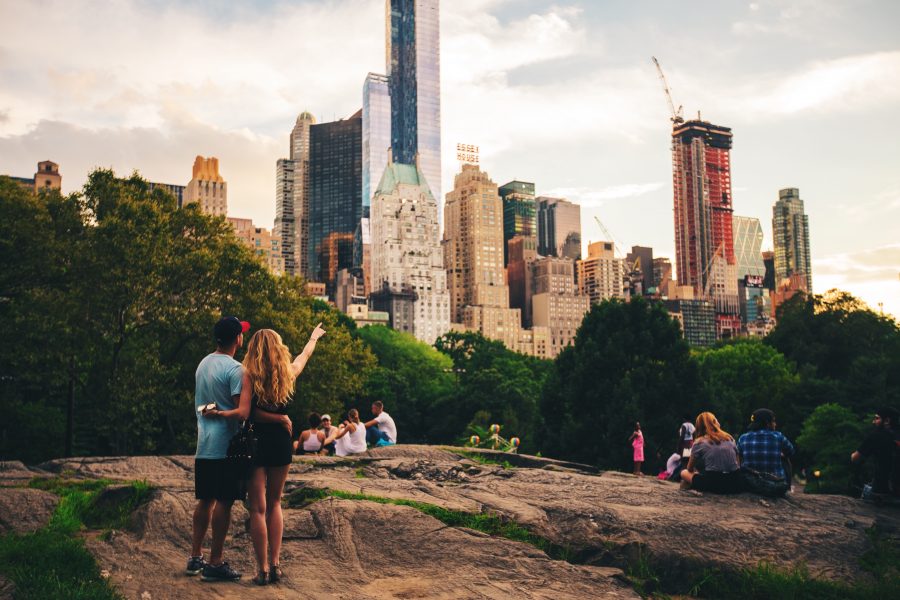 Where To Meet Your Future Husband In NYC This Month

For most of us, February is the time of year where we put up with “relationship-ers” saturating the social media stratosphere. Their lovey-dovey Valentines’ Day photos and weird, oddly personal captions are, at best, nauseating. But whatever, I guess love is in the air and all that, so we figured maybe instead of complaining, we’d devise a strategy to finally find and lock down a man worthy of you (if that’s even possible *hairflip*). Here are some potential future husband archetypes and where to meet him IRL this February (because apparently people are still doing that).

Where To Meet The Adventure Enthusiast

Adventure enthusiasts are the most excitable archetype of man. These guys are adrenaline junkies who have found a way to celebrate this lifestyle with thrill-seeking rather than reckless behavior. They are all-walk-no-talk and live for the moment. This is a good characteristic for a future hubby because he’ll make every moment he’s with you feel like a mini-adventure, likely wanting to go out a try a new restaurant. And let you try new wines. Cool.

This February, you’ll find him at FlyNyon NYC Experience, 9am-7pm, Seats $219 for a 15-minute flight, FlyNyon.

If you’re passionate about challenging yourself to try something you’ve never done before, and you’re looking for a partner who shares this, where better to go than on an open-door helicopter ride of NYC? You may have lived in the city for all your life, but you have never experienced it like this. It’s the closest thing you’ll ever get to a Bachelor date without signing your life away to ABC. Plus, you and your date will bond over how totally not scared and changed you both are. (Also, do it for the ’Gram. This should be obvious.)

Something to say on your date: “At first, I was a little nervous, but once the helicopter took off, it just felt like how flying is supposed to feel, you know? Like, probably how Peter Pan feels every day.”

Where To Meet The Philanthropist

Men who get involved in philanthropy are incredibly generous with both time and money. Odds are your philanthropist was probably raised by rich parents who dragged him to this kind of event as a teen, and now has come to the semi-woke revelation that the world doesn’t revolve around him . Snatch this pro up fast; your endless need for Louis Vuitton everything may not be as important of a cause but is definitely still worth funding.

What’s better than cocktails, hors d’oeuvres, photobooth pics with new bae, and dancing? Last year, the event was attended by 600 guests and raised over $163,000 on behalf of the St. Jude Children’s Research Hospital. This is a fav cause of many A-List celebs, so you never know who might be there (and if not, you’re at the Bowery so pour a whiskey neat out for Selena). As far as charitable causes go, St. Jude Children’s Research Hospital is definitely the move. Their mission is to ensure families never receive a bill from St. Jude for treatment, travel, housing or food—because all a family should worry about is helping their child live. (I’m not sobbing, you’re sobbing.) A guy who cares about the children? Definitely hubby material.

Something to say on your date: “It’s so nice that we can come here and have a good time, while all of the money being raised is benefiting a really worthy cause.”

Where To Meet The Artist

We get it. You’ve got great taste and so should your man. The artist tends to be more conversational than a bro or a jock, and you find yourself actually engaging in more passionate discussions than his fantasy line-up. Ideally, he should be woke and not broke, so do yourself a favor and steer clear of the starving artists who spend more time with a bottle than a brush. Instead, opt for art collectors and connoisseurs.

This February, you’ll find him at The Thannhauser Collection, now through March 18th, 10am – 5:45pm, admission $10, Solomon R. Guggenheim Museum.

If you’re looking for a guy with an amateur interest in the finer things, go to The MET for, like, the 5th time. If you’re ready to get serious, check out this gallery. If you haven’t been to the Guggenheim yet, WYD? The architectural structure of the building alone is enticing enough to get us there. How else are you supposed to show your Instagram followers that you appreciate giant, sculpted, beautiful things (re: his hot bod)?

Something to say on your date: “Can you believe Thannhauser’s father founded the Moderne Gallerie in Munich? He basically, like, discovered Picasso. Did you know they were besties?!”

Be among the first to experience “Danh Vo: Take My Breath Away” at our Members’ Opening Party on Friday, February 9 (free for Individual level members and above). For a limited time, join the Guggenheim and receive discounts on our most popular membership levels! Join now at guggenheim.org/joinspringsm. #DanhVo #Guggenheim __ Photo: Ben Hider

Where To Meet The Film Buff

Similar to the artist, the film buff’s intellectual nature makes him seem incredibly engaging. Just as visual as the artist, his focus is more on the narrative. So he may see people in terms of characters and life events in terms of movie scenes (which makes you the super hot, badass queen who kicks a lot of ass but is also incredibly humble and down-to-Earth, right?). These guys usually carry around a camera and will definitely act as your personal photographer/videographer.

The Athena Film Festival, in collaboration with Barnard College, showcases movies with powerful women leaders both in and outside the narratives. Almost every film featured in this festival is accompanied by the director of the film. Lady Bird director Greta Gerwig, Moana directors Ron Clements and John Musker, Wonder Woman director Patty Jenkins, and tons more will be in attendance.

Something to say on your date: “Did you see Mamma Mia 2 is actually going to be a prequel?”

Where To Meet The Total Package

You’ll find him at… uh… I actually don’t know where he is yet, tbh. This is just a wanted ad. Let a girl know where to catch him.

Something to say on your date: “Please exist.”