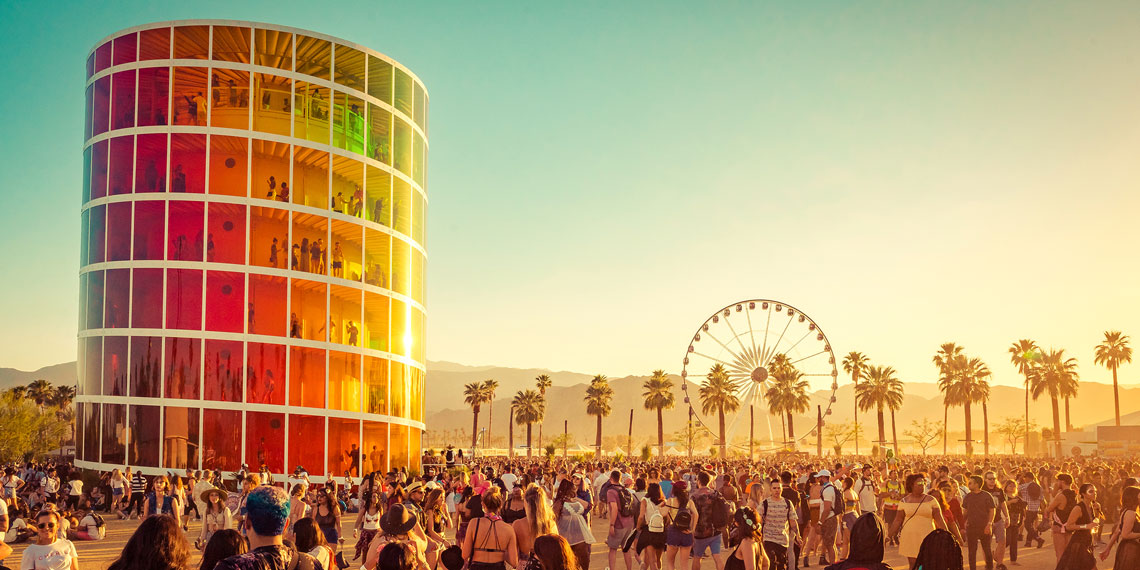 When Did Coachella Become An Influencer Playground?

I’ll start by saying that, yes, I did go to Coachella this year (and if you want to see my content, check out my Instagram). Cool, now that I’m done being the most terrible person alive, let’s talk about Coachella. A few years ago when I first started working for Betches, I didn’t even really know what Coachella was. I remember editing an article on “5 Celebs Who Embody Coachella” and having next to no clue what the article was even talking about, but I published it anyway because I was just doing my job.

In recent years, though, Coachella has become impossible to ignore. Now, it’s less of a music festival and more of a cultural event. The focus in the media is on the music and production as much as it is on figuring out which celebrities attended and what they were wearing. And, even furthermore, it’s about the parties surrounding Coachella. There are invite-only parties like Revolve festival, not to mention Neon Carnival and Framework Presents after-parties. When did Coachella become like this, anyway?

It’s a complicated question, so I decided to research the lineup through the years. Although Coachella started as a rock festival, they were pulling acts like Red Hot Chili Peppers and The Beastie Boys even in 2003. In 2004, their attendance doubled and hit 120,000 guests, with The Cure, Radiohead, and then-relatively-unknown The Killers performing.

2007 seems to be when things start to take off—the festival expands from one day to three, and pulls $16.3 million in box office revenue, up from $9 million the year before. The following year, Prince gets added to the lineup; in 2009, Coachella books Paul McCartney. Around this period is where things start to turn towards the mainstream. In 2010, Jay-Z becomes the first hip-hop artist to headline the festival, and the next year Kanye West headlines. But perhaps the most precise turning point towards the mainstream occurs in 2012, when Coachella expands to two weekends, and most notably, Dr. Dre headlines and brings out the Tupac hologram. This is where press for Coachella explodes; the Desert Sun reports that this performance overshadowed even Radiohead’s headlining set, the Rock & Roll Hall of Fame notes it as one of the 20 greatest festival moments ever.

But I didn’t want to take one article’s word for it, so I consulted Reddit. One user wrote, “I feel like since 2011 when Kanye and Kings of Leon headlined Coachella really broke into pop culture,” adding, “it was at that point where I began to hear Coachella mentioned a helluva lot more on radio, tv, in online media and by regular 9-5 types in everyday life.” Another echoed, “I think it was after 2011 being the last time it would only be one weekend… I strongly believe it went ‘mainstream’ (or got more popular) after that year because me and six friends bought our wristbands and car camping a MONTH before the event… there’s no way that could ever happen again due to everything selling out in a matter of minutes.”

This timeline tracks with the advent of Instagram, which launched in 2010 and featured its very first ad in 2013. I’m not a sociologist, but I’d venture that Coachella’s increased presence in mainstream popular culture, coupled with the simultaneous rise of Instagram, created a perfect storm of photo opps, so to speak. Compounded with the increased ability to actually make a living off of Instagram as an individual and not an established retail brand with every passing year, these factors turned the festival into the millennial influencer wasteland it’s seen as today.

In short, it wasn’t always like this, and this perception as an Instagram destination is relatively new, compared to the festival’s 20 year history. But even still, Coachella has earned a reputation as being a social media playground—but is it deserved?

On the surface, unequivocally yes. You’re talking about a massively popular event that’s attended by celebrities and “regular” (but still well-off) folks alike, that is not accessible to everybody. The fact is, going to Coachella is expensive. Most multi-day festivals are going to run you a couple of hundred dollars for the ticket price alone, not counting travel and accommodations. I probably spent a grand just getting and staying there—I don’t know for sure, I don’t want to think about it. So you have a bunch of people who have at least some money, plus people with tons of money, risking heat stroke together to stand in a giant crowd and maybe see the top of the head of an artist whose songs they vaguely know, projected from a giant screen 100 yards away. It’s inherently pretty douchey; combined with the fact that the festival has now achieved unparalleled name recognition, if you say you’re going, you sound like a huge asshole. And I will say that, compared to other festivals I’ve been to, Coachella is the only one that’s as much about what you’re wearing as who you’re going to see. On top of that, you’ve got these larger-than-life 3-D art installations, an iconic ferris wheel, great natural lighting until 8pm—so of course people are going to take pictures, and they’re all going to be the same ones. So, yeah, it does seem like a Coachella problem.

But is it really?? I’m going to say no. Not because Coachella is not one giant Instagram activation, but because everything these days is. We are all out here taking the same fake candids in any environment that is remotely photogenic. Go to a random street corner of Manhattan and you’ll likely see girls posing for in front of a parked taxi cab. Hell, at least Coachella is still a music festival, unlike Museum Of , and all those other pop-ups that are unabashedly made explicitly for social media. I have been to so many of these events, and most of the time it’s like being in the North Korean supermarket from The Interview—everything looks shiny from the photos, but all the depth is manufactured. That monochrome ball pit that looks amazing on your friend’s feed? It’s likely a standalone pit in a bare room (that’s 100 degrees because it’s not properly ventilated; the room was probably constructed in a pinch for the sole purpose of this pop-up). That rainbow wall? A few feet of painted plywood propped up and stuck in the corner of a sparsely decorated backyard. Some of the Coachella parties might fall into this latter camp, but the festival? It’s a festival. A real, 3-D, walk-around-it-and-touch-things, listen-to-music, festival. People are going to take pictures there, just like they do in any other restaurant, bar, birthday party, or park, so like, who really cares? This is not a phenomenon unique to this particular festival.

And, look. I’m not saying Coachella is this perfect utopia. Not at all. There’s plenty to dislike about it, like the fact that it’s overcrowded, expensive, their security system felt like more of a “pray something doesn’t go horribly wrong” attitude than an actual plan, or most importantly, it’s got shady links to anti-LGBTQ organizations. Be mad about that, but don’t be mad that it’s a place where millennials millennial.