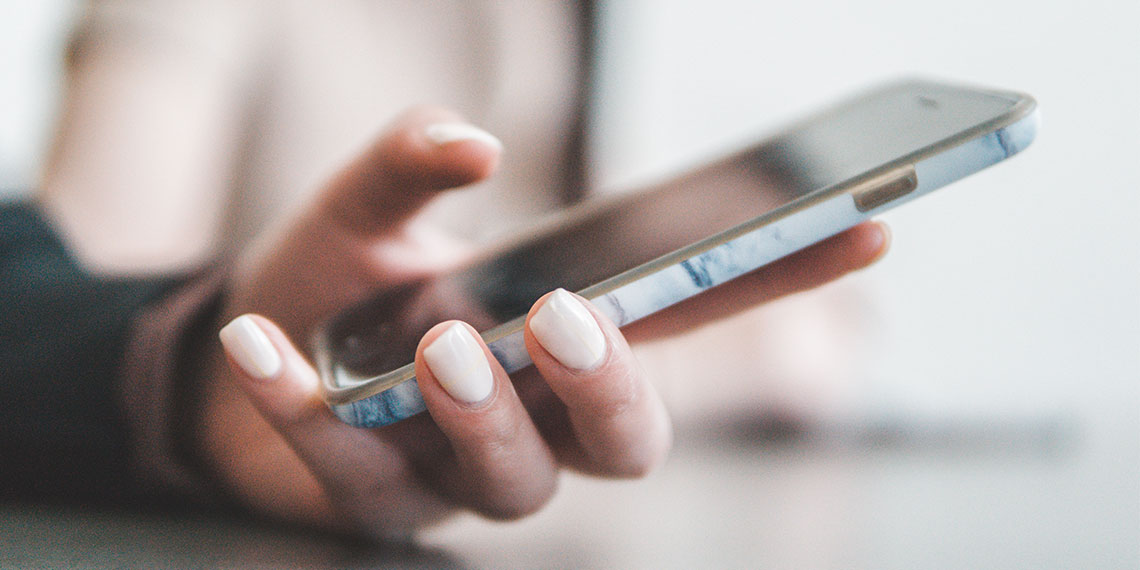 What’s Up With Celebrities Asking You To Text Them?

So you might have noticed celebrities from Stassi Schroeder to Ashton Kutcher are practically begging their followers on social media to text them. Since I’m such a good person, I volunteered as tribute to shamelessly text these people so you don’t have to. What did I find out? Unsurprisingly, just like your ex, they will disappoint and then ghost you.

imma be replying to as many ppl

Let’s break down what it means when a celeb posts their phone number to social media. Instagram, Twitter, and the other social media platforms all function as algorithms. Every time you interact with an account, they rise to the top of your algorithm. It’s kind of  like when we were asked to publicly rank the girls in middle school on Myspace Top 8, but this time, it’s done by a robot and you see more of the girls you hate-follow than anyone else. Stories get buried behind a long list of other accounts, and no matter how many times I plead and offer up my first born to the Instagram tech support gods, chronological feeds are a dead concept.

Remember the dark time when every influencer under the sun banshee cried to their followers to turn on notifications because their posts weren’t being seen? Well, now celebs are feeling the burn of not getting enough attention, too, so what are they doing? They’re turning to new ways of communicating. You have probably noticed stars like Diddy and Sophia Bush promoting their “phone number” on Twitter and IG, instructing fans to text them. On a video posted to IGTV, Diddy claims, “On the ’Gram, everybody knows about everything. I want a deeper connection with my fans.” Which is cool and all, but seeing as how he has approximately 15.1 million followers, I’m not too hopeful about him finding that deeper connection. I can barely maintain text conversations with more than three people, and usually I forget to respond for days at a time. So can Diddy really keep up with 15 million convos with a bunch of randoms who are probably linking their SoundCloud to get discovered? I’m going to say no.

Then what is the point of these celebrities pestering their fans to text them? And are they actually texting their fans? Well, I’ll tell you.

Most of the phone numbers, that many celebs pass off as specifically designated for their fans, actually come from an app called Community. Ashton Kutcher invested in the app earlier this year and has been plugging it ever since. There’s a waitlist to get the program, so it’s kind of exclusive. And luckily for you, Community doesn’t work with politicians (yet) so you don’t have to worry about getting messages from the government—except that one time Trump sent out that Presidential text and all of America collectively decided to go on airplane mode.

When I decided to try out this texting thing, I got really self-conscious pretty quickly. Because, like a true fangirl, I held onto the hope that one of these people would realize how cool I was after texting and then I could become the Johnathan Cheban to their Kim. And naturally, when my teenage vampire-loving heart saw this video of Ian Somerhalder, I was determined to text him and win his love (or at least friendship).

What happens next is pretty anticlimactic.

So after sending a basic greeting (honestly you can send anything to kick this off, I chose to go with a standard “Team Stefan” opener), you’ll get a slew of robotic messages that let you know right off the bat, you are NOT actually texting a celebrity and are just going back-and-forth with a service. I feel hustled, scammed, bamboozled, led astray.

After a few days of hearing nothing back from Ian (I asked him to get a recipe from his wife I saw her make on YouTube), I decided to jump to another celeb, someone a bit less famous and a bit more basic: Stassi Schroeder.

Currently traveling for her podcast/book tour, Stassi posted that she would be answering texts while at the airport. I’ve noticed this is a trend. Many people who use Community give their fans a specific window to let them know when they are online, so again, that should tell you how unlike real texting this is, since it’s 2019 and we are all glued to our phones.

You might notice how similar the welcome messages are between Ian and Stassi, but that’s where the likeness ends. Periodically, these celebs will send updates on things they are doing, causes they hope you donate to, or pictures to keep the false sense of friendship alive. Depending on the person you’re subscribing to (and yeah, it’s pretty much a subscription) the content changes.

You might have noticed Stassi’s contact picture in the above screenshot and thought, “Wow Emily, way to overcommit on this one.” But let me tell you, I haven’t saved a new contact into my phone in years. The Community program automatically creates a contact for you, equipped with a perfectly curated candid photo and all. Which is weird, right? Something about this feels like we are entering an episode of Black Mirror.

Just to check, I called a few of the numbers to see what would happen, and got a generic voicemail from almost all of them. Jake Paul and Stassi claim everyone knows they don’t answer the phone and texting is the way to go. Sophia Bush and Paul McCartney admit they won’t listen to voicemails and encourage everyone to text them. So I guess my hopes for late-night calls from a former Beatle won’t be coming true after all.

So ultimately, why are celebrities “texting” us things they could just promote on their social channels? It’s just one more way to reel their fans in, and make them feel like they’re getting something exclusive. Like any episode of Catfish will teach us, texting allows a person to feel connected and special, and so getting a text that’s “from” your favorite celeb can trick you into feeling important. Texting is meant to be a private medium, so you can believe anything you say to these celebrities is between just the two of you (although you may want to check the terms and conditions).

And when it comes down to it, we don’t even truly know that the celebrities are sending any of these messages themselves. I’m sure some do send their own messages occasionally, but I’m also sure that there are a lot of interns in Hollywood right now who didn’t realize their semester would mostly consist of sending fake texts impersonating whoever they’re working for. Sure, if you’re lucky, you’ll be the one random message they choose to answer while on their Instagram story to prove this whole thing is legit, but don’t get your hopes up.

In the end, text your favorite celebrities if you really want the latest updates on what they have going on, but don’t expect to get personalized messages in return. I mean, did you really think Diddy was going to respond to your texts? You’ll have better luck texting your ex.

Emily Mallden is a writer, JoBro enthusiast, and expert trap queen. Bar trivia is the only thing her mother has ever been proud of her for.