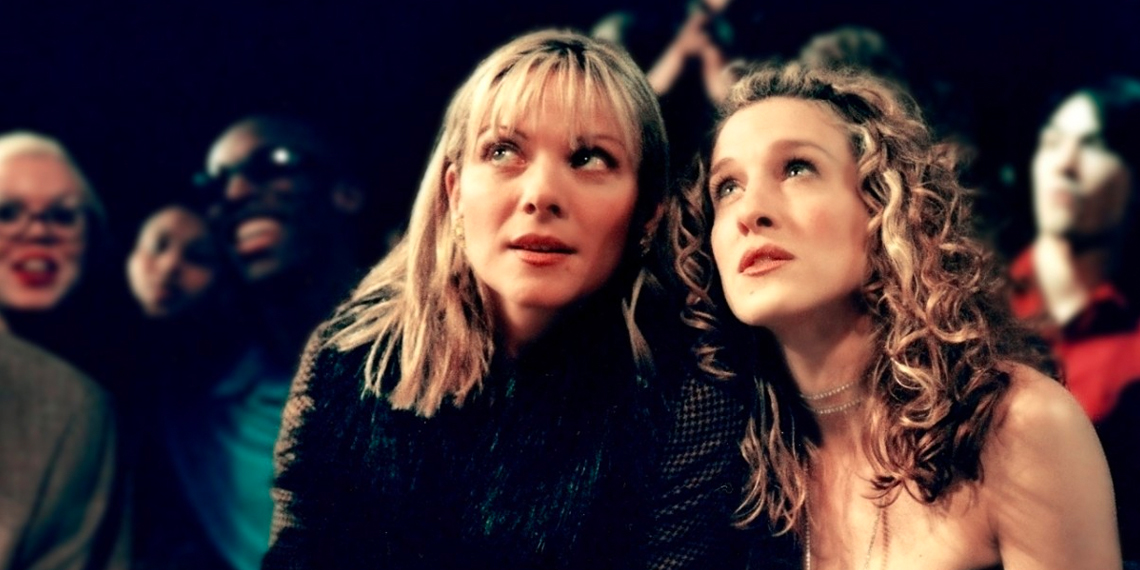 What’s ‘Sex And The City’ Without The Woman Who Brought All The Sex?

And just like that, another TV show reboot that we probably don’t need is announced. On Sunday, Sarah Jessica Parker, Cynthia Nixon, and Kristin Davis graced our Instagram feeds with a short trailer alluding to the fact that the iconic 1998 show, Sex and the City, was coming back to life. I was fully prepared to leave this franchise behind me after their failed attempt at a third movie, but this revival has left me quite intrigued. As I watched the And Just Like That teaser three different times on each of the stars’ accounts, I (say it with me now) couldn’t help but wonder, where was Kim Cattrall? Surely, we couldn’t have Sex and the City without the woman who brought all the sex?!

As bummed as I am, it shouldn’t be a surprise that Samantha Jones would not return in a SATC reboot. Kim Cattrall mentioned in several interviews that she would not partake in another iteration of the iconic show. I mean, who can blame her? The off-screen drama with SJP and other members of the cast was even more dramatic than the scripted fights they got into. (In 2018, following the passing of Cattrall’s brother, she dragged SJP on Instagram, writing, “You are not my family. You are not my friend. So I’m writing to tell you one last time to stop exploiting our tragedy in order to restore your ‘nice girl’ persona.”) Kim perfectly put it when she said, I don’t want to be in a situation for even an hour where I’m not enjoying myself.”

Since we won’t get an appearance from Samantha Jones, I’m having trouble figuring out who is going to bring all the entertainment, iconic one-liners, and even an ounce of flavor that this show lacked from its cis, hetero, all-white cast. (Though perhaps HBO will take this moment to shake up said cis, hetero, all-white cast.) Who will be the voice of reason when Carrie is full of sh*t? Who’s going to remind Charlotte that she shouldn’t be so uptight and stuck in her ways? Is there going to be a fourth character who is equally as successful and ambitious as Miranda, but not an absolute buzzkill?

If the show “must go on”, then I suppose all we have left is to reminisce on the hilarious and completely out-of-pocket moments that Samantha Jones brought to our televisions for six seasons and two feature films. Join me as I pour one out for the unapologetic, pleasure-chasing publicist, and look back at some of her best moments.

From the very first episode, Samantha was serving realness to her delusional dater friends. I actually love that the pilot is basically about Carrie deciding to live the way Samantha has always been living and turning this into a revelation all about herself. Kind of telling, if you ask me…

Another moment where Samantha was anything but subtle! While there is absolutely no shame in those who choose to be mothers, it was hilarious (and empowering) to see her not fall to the pressures of society and live exactly the way she wanted. Tbh, I might throw an “I don’t have a baby” shower for the gifts — and the Instagrams.

Okay so this was definitely one of the more problematic episodes. When Charlotte decides to hang out with lesbians because she got cheated on, Carrie gets back with Big, and the whole gang debates the definition of cheating. Even with her dumb views about what constitutes infidelity, Samantha manages to give this nugget of, dare I say, good advice, that is eerily reminiscent of what my therapist has been trying to tell me for years. Who knew I could have just watched Sex and the City and saved myself the copay.

In this episode, Samantha realizes the guy she just slept with, she’d actually already slept with 15 years prior, and it feels like a bleak look into my future. Also, they all attend a wedding where Carrie is reading a poem, which is where Samantha delivers this one-liner that my mid-20s self can relate to all too well. Ok, who am I kidding, this quote is timeless regardless of my age.

I’m sorry, but does she or does she not spit the absolute truth? One thing about Samantha was that she played like a man living in a man’s world (again, as discussed vis-à-vis the pilot episode and overall premise of the show), and did it well.

And just like that, we go from profound commentary on sexist double standards to a sexually explicit quote. Gotta love the woman’s range. Even from her own best friends, Samantha had to defend herself from being slut-shamed, much like in this episode when Carrie judged her hooking up with a delivery guy. First of all, I would love to see that high-and-mighty attitude amidst the pandemic, when the delivery guy is the only person of the opposite sex with whom I regularly interact. Tbh if any of my friends did this, I’d be applauding them for (hopefully) getting a friends and family discount on Seamless.

Kind of conceited to think that any given person in New York City knows who you are, but I’ll give her this one. I’ll surely miss how unapologetic Samantha is, and how she does and says whatever she wants without worrying about how others will react.

Where would we be without that one friend who gives top-tier sex advice? Definitely not having as much sex as Samantha was, that’s for sure. Thank God Carrie, Miranda and Charlotte had Samantha to remind them to not just have more sex, but good sex. Not sure they ever truly took her advice, anyway.

Andi is an LA-based freelance writer & PR guru who covers all things beauty and entertainment, and is an alum from Loyola Marymount University. You can count on her to always have a Spotify playlist for every mood or perfecting her charcuterie board-making skills. To follow along her journey of being a 20-something and daily LA sunset content, head to her Instagram at @andijwynter.