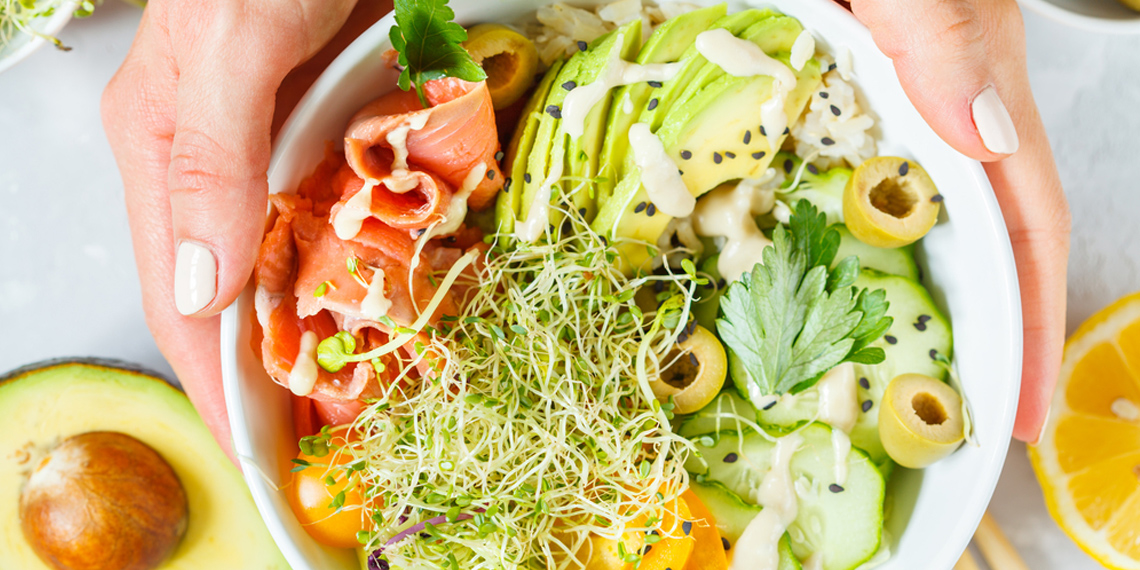 Which Is Healthier, Sushi Or Poke? We Investigate

When it comes to raw fish, we’re kind of at a loss for how it COULDN’T be fucking good for us, in any form. I mean, this is the totally unadulterated, pure, natural, flesh of some healthy fish that spent its days swimming around the ocean just doing whatever it is that fish do. When it graces our plates in the form of sushi or the newly trendy poke bowl, we’re kind of left wondering how many calories and how good it is for us. Like, not that we’re 100% into counting calories cause it’s like, a lot of work and maybe not even effective for weight loss, but we tend to watch what’s going in and around our mouths when it comes to these trendy lunches.

If, before we get into this, you don’t even know what a poke bowl is, bless. Poke bowls are traditionally raw fish (usually Ahi tuna) over white or brown rice. Toppings like cucumber, sesame seeds, seaweed salad, etc. are placed on top.

Which Is Healthier, Sushi Or A Poke Bowl?

Ok, so after some extensive research and despite a poke bowl being a bigger meal, it’s frequently much fucking healthier and overall better for you than sushi. Allow me to elaborate.

Poke bowls are made up of shit like seaweed, steamed brown or white rice, and a variety of toppings like edamame and sesame seeds along with the raw fish and some sort of vinaigrette–type dressing.

So, if your bowl has the fish, rice, cucumber, seaweed, and a simple dressing, it may weigh in for less than 200 calories—v dependent on how much rice. But, calories aside, you’re also filling that bowl with good fats from the fish, a fuck-load of protein, and limited carbs (again, depending how much rice is loaded in there). You aren’t likely dealing with calorie bombs like spicy mayo sauce or “crunchies” as you do with sushi.

You after your tempura spicy mayo sushi roll.

Is All Sushi Going To Make Me Fat?

Obv, the healthiness of your sushi depends on the roll you get. If you’re loading up with tempura ANYTHING, prepare for a fucking 500 calorie sushi roll. That seems shitty considering you can get an entire poke bowl without (probably) hitting even 400 calories. The healthiness of your sushi also depends on the toppings. Try to skip anything with a spicy sauce, drizzle or crunchies on top, as it’s literally just extra fat.

Honestly, if you’re the type of person that loves sushi and poke and cannot live in a world where you can’t have both, it’s fine. Both are full of good fats and good calories, they’re just v dependent on what kind of eating adventure you want. Also, rice was just invented to fill your stomach with empty calories and make you fat, so there’s that.