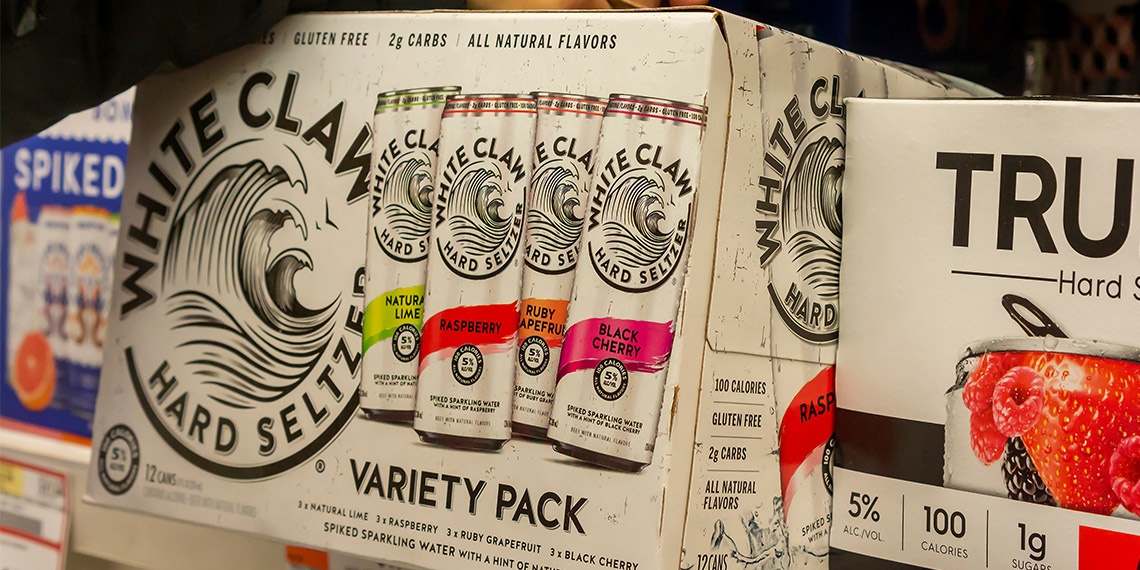 What Your Favorite Flavor Of White Claw Says About You

Spiked seltzers are the drink of summer, whether we are having a summer or not. Ever since they burst onto the scene, people have been obsessed with them. And for good reason: they taste amazing, are not super high in calories, and are easy to chug in rapid succession. While I know what your favorite flavor actually says about you is that you bought the variety pack and the can you’re drinking was the first one you reached for in the box, I think it can go a little deeper. Just like your horoscope, your preferred White Claw flavor could reveal some latent personality traits that you never wanted to admit to yourself. Or this could be a totally made-up thought exercise I did for fun. I guess only you can decide, based on whether you agree with what I wrote about your flavor of choice!

All the 70 Calorie Ones

I haven’t tried any of these, and I’m looping them all in together because the idea is the same. If you are seriously the type of person who is so preoccupied with counting calories that you’re going out of your way to shave 30 of them off of your alcohol, I’m going to also venture that you’re the person posting their at-home workouts on Instagram. Even worse, you’re not even improvising by using wine bottles as free weights. No, you already had a full rack of free weights on deck and enough resistance bands to supply a gym. Chill the f*ck out—drinking 100-calorie hard seltzers isn’t going to sabotage your physique. You might want to turn your attention to the pizza you drunkenly inhaled after chugging six of these bad boys.

I’m sorry, if you’re drinking plain White Claw, you are a serial killer. The whole point of these is that they kind of taste like fun, flavored seltzer, but they also get you drunk. You just took the fun out of it, and not even in a way that makes sense. If you want to get drunk off plain seltzer, they already have that, and it’s called a vodka soda. Only someone who literally enjoys murder would want to sip a semi-flat soda that only just gets you buzzed.

Black Cherry is the elite of White Claw flavors, simply because it tastes good, and speaking from experience (last week), I could drink an entire case without getting sick of it. What makes Black Cherry so good is that unlike some of the other flavors (lookin’ at you, “Natural” Lime), it doesn’t taste like I’m being smacked in the face with artificial cherries created in a lab. Like, I don’t pick up a can of boozy seltzer expecting to drink freshly squeezed cherry juice, but I expect some resemblance to the real thing. So, the Black Cherry drinker is also real af, because real recognize real. Black Cherry doesn’t mince words, she calls people out if they’re acting foolish (she’s been known to be called an asshole at times for her bluntness). She doesn’t Facetune, not even to make her teeth whiter. When she skips a workout to eat pasta on her couch, you’ll know about it. When she posts a thirst trap, she captions it, “look how good my boobs look.”

The mango-drinking bitch is always on a vacation, if not literally, then in her mind. She’s the one who’s posting thirst traps from her parents’ backyard. When she emerges from quarantine, the only skill she will have mastered is her camera’s self-timer and which angles she can sit in that still show off her butt. She’s the only person you know who will have worn a bathing suit this entire summer.

It’s not enough to just be lime—no, this has to be Natural Lime. But there’s nothing natural about drinking a malt beverage disguised as water with fruit. If you swear by Natural Lime, you are definitely someone who eats a plant-based diet because you don’t trust the “chemicals” in processed foods… but then gets bi-monthly lip injections.

Grapefruit drinkers are not to be trusted. The thing with Grapefruit White Claw is it sounds good, and it is for the few sips, until you realize this sh*t is extremely f*cking abrasive. Even the name is abrasive—we all know what a grapefruit is, you don’t need to specify that it’s a ruby grapefruit.

The person who enjoys this sh*t seems great at first. She always seems to have fun plans going on and invites you out to brunch reservations at the most lit spots where the mimosas flow freely without a time limit. And even better, she sometimes pays! It’s everything you could ever want, until you realize that nothing in life is truly free. If you don’t respond to her texts immediately, she starts subtweeting you. If you can’t make one of her club reservations, you better not geotag yourself anywhere other than your bed, because you’ll get an eyeful in the DMs the second you hit post. And god forbid you post a photo she took without giving her photo credit—she may send a hit squad after you.

Raspberry wishes it could be black cherry, but frankly, it’s just a little too fake. Raspberry is the type of person who posts #nofilter, when you can tell they played with the brightness, contrast, and highlights, and also applied a full face contour. Raspberry would never get plastic surgery, but regularly gets facials, highlights, and lash extensions. If Raspberry were a castmember on Vanderpump Rules, it would be Scheana, and that should tell you everything you need to know.

Okay, so you want a vodka soda but you promised yourself to stop blacking out on weeknights? We understand and we empathize. Will a Lemon White Claw transport you to the beaches of Ibiza? No, absolutely not, but it will give you the delicious citrusy alcohol taste of cheap vodka that’s reminiscent of all the bars we wish we could visit right now. Anyone chugging this flavor just really misses sweaty dance floors where finance guys try to hit on you when their girlfriends are in the bathroom. Tbh, same.

Watermelon White Claw tastes sort of like nothing, with a hint of watermelon and a hint of alcohol. Drinking this is like drinking a club soda with a splash of vodka in it while watching someone eat a watermelon on IGTV. That said, this beverage will provide you with the closest approximation to summer that we will experience this year. Watermelon White Claw is the official drink of everyone mourning their vacations. Drinking this will take you to a different place—no, not the beach you’d had planned, but more like, your Aunt’s house in New Jersey where you constantly get yelled at for forgetting the recipe to potato salad. (Hint: the secret ingredient is mayonnaise.)

Let’s call a spade a f*cking spade: this is orange. It’s orange who went to a fancy private school and came back to their hometown with a rebrand and a new vocab. But the thing about Tangerine is that while you want to hate it for insulting your intelligence by literally being orange and claiming otherwise, you can’t because just like Black Cherry, it tastes pretty damn close to the real thing. Sure, Tangerine is a little extra, but she still gets the job done, and let’s be real! Who among us is not a little extra sometimes? Tangerine is the one who peer pressures everyone into going all-out in theme for a Zoom video chat, but it ends up being really fun. She plans a minute-by-minute itinerary on your group trip, which leaves you all exhausted, but you know if you’d left it up to anyone else you would have all been hungover to even visit one site. She does dance challenges on TikTok, but she’s actually like, really coordinated. You want to hate, but you just can’t.