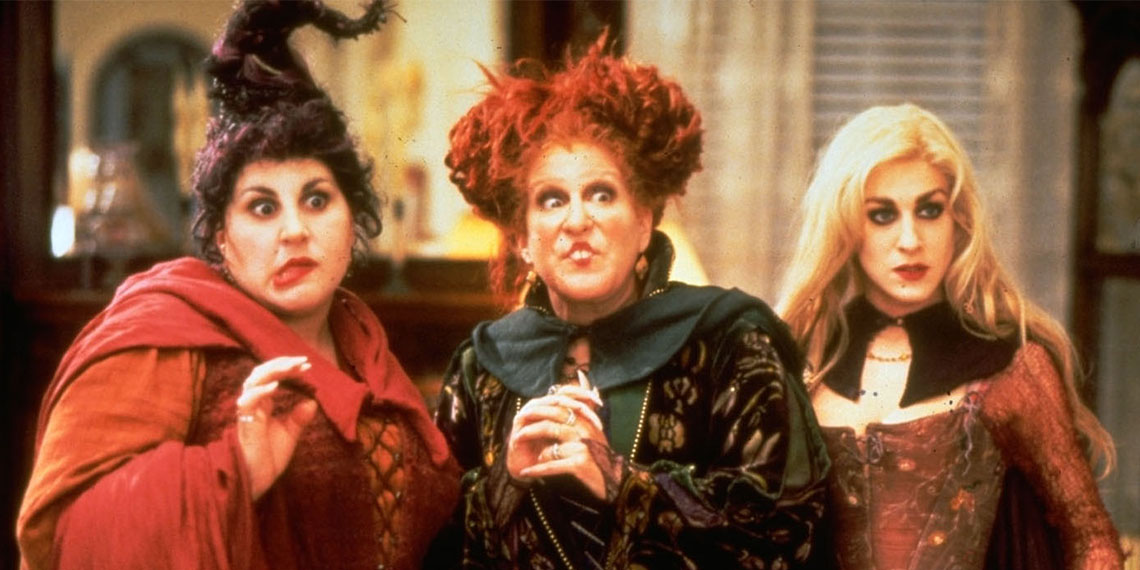 What We Know About The ‘Hocus Pocus’ Reunion

Ah, fall. The time of year when we can finally wear sweaters, embrace our feelings of existential dread, and rewatch Hocus Pocus as many times as we want without getting judged. This year, it feels like the Hocus Pocus nostalgia has been stronger than ever before, which can likely be attributed to a couple of factors. First, it’s available to stream on Disney+, so you don’t have to pay $3.99 to rent it or find some weird, blurry version on YouTube with subtitles in a different language (not speaking from experience). But more than that, we’re all desperate to be transported to any time that’s not 2020, and a second-tier Disney movie from 1993 is just what the doctor ordered.

Clearly, Bette Midler has been paying attention to the renewed interest in the movie, and on Monday, she basically broke the internet with the announcement that the Sanderson Sisters will be reuniting at last. Yes, really, it’s finally happening. On October 30th, Midler, Sarah Jessica Parker, and Kathy Najimy will be participating in “In Search of the Sanderson Sisters,” as part of the annual “Hulaween” fundraiser Midler hosts for the New York Restoration Project, which works to maintain and restore gardens and parks across New York City.

As far as the actual content of the show, it’s a little unclear so far what they’ll be doing, but the initial image Bette Midler shared features all three actresses in costume in front of a blue screen. Who knows if they’ll be singing, or acting, or just kind of hanging out, but thankfully this won’t be another nostalgic reunion that’s just a boring conversation on Zoom. Really, just seeing Bette Midler with buckteeth in that costume is enough for me.

Your 3 fav witches – @sarahjessicaparker @kathynajimy & ME – are returning for 1 night only on 10/30 at 8p ET! “In Search of the Sanderson Sisters” is the best thing to happen to #Halloween since Hocus Pocus + Reeses Pieces. Get your tix now (link in bio) and support @NYRP #nyrphulaween

Tickets for next week’s reunion event are available for $10, but if you don’t feel like attending yet another virtual event, that’s not the only new Hocus Pocus content on the horizon. A sequel to the iconic movie for Disney+ has been in development for about a year now, which is exciting! But there’s one slight issue. According to reports, Disney really wants the original trio of sisters to return (duh), but it’s unclear at this point whether they’re going to do the sequel. Hopefully this is just a scheduling issue, but I’m gonna need them to figure out those contracts ASAP, because otherwise I’m not sure it’s even worth it. Basically, Disney really wants the sequel to happen, but it’s probably going to be another year or two before you can add it to your Halloween movie rotation. If you’re really craving a new Hocus Pocus fix, you should probably just buy a ticket to the charity event.

In a year where good things have been few and far between, coughing up $10 for a good cause to see Sarah Jessica Parker relive her pre-Sex and the City career just feels like the right thing to do. Also, like, what else are you going to be doing for Halloween?