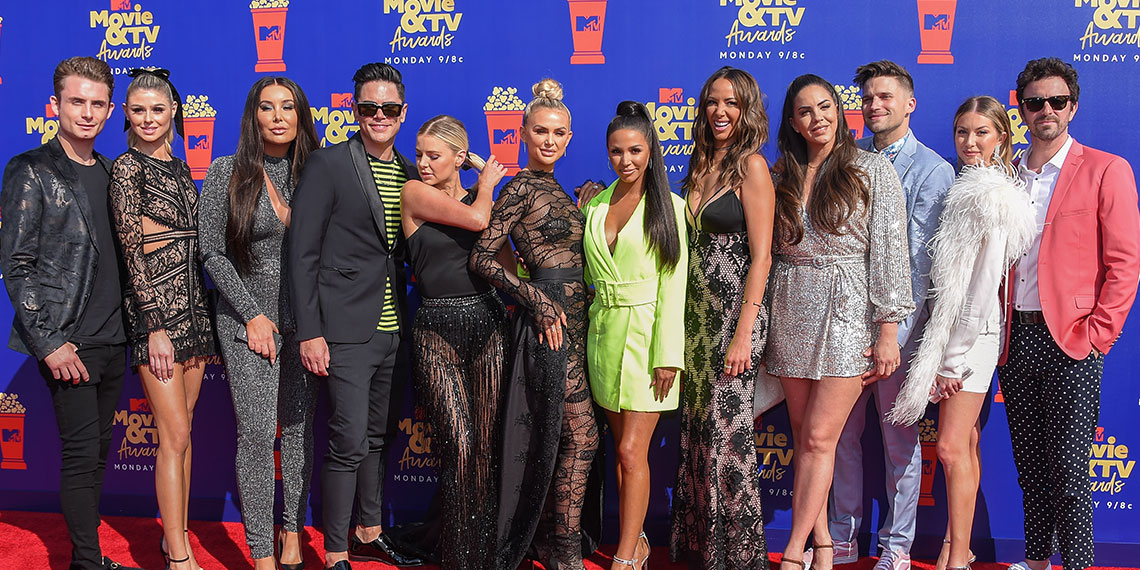 What We Know About The 3 New ‘Vanderpump Rules’ Cast Members

I know I complain a lot about how much time The Bachelor takes up in my sad little life, but the one show I would never dare speak ill of is Vanderpump Rules. There’s just something so comforting about watching borderline sociopaths lie to their friends and family without emotion or remorse. It’s like mozzarella sticks for the soul. And just as I was starting to really miss my precious garbage angels, they popped right up to give me that sweet, deep-fried, cheesy fix. This week, the cast members got together to film the opening credits for season 8. Now, while I care about my OGs very much, I’ve seen enough pictures of Jax and Brittany’s wedding to last me a lifetime, so it’s time to take a gander at the fresh blood. Let’s stalk the Vanderpump Rules newbies.

According to US Weekly, the place I got to for all my C-list celebrity news and the occasional legging recommendation, Max is the general manager of TomTom. Which sounds like a sweet gig in theory, but having to follow the insane whims of a man rocking a Flock of Seagulls haircut day after day must be a tough pill to swallow. So, I’m already proud of you, Max. You’re doing amazing, sweetie.

US Weekly also reported that Max was briefly linked to Scheana, which I assume means that he went over to her apartment one time, ate a handful of pretzels, and now she’s filed the paperwork needed to acquire a marriage certificate.

Now that we have that out of the way, let’s make some broad assumptions based on his Instagram! It appears that Max likes karaoke, is from San Diego, has style that Sandoval approves of, has a cocktail company he’s looking to promote, and is way too wordy for a man whose career is clearly based on his looks. I hate him already. I can’t wait.

Dayna appears to be a SUR employee, which must be nice for Lisa because I’m pretty sure the others don’t actually work at the restaurant anymore, and those goat cheese balls aren’t going to serve themselves!

Apparently we’ve already seen Dayna on VPR, because Celebrity Insider reports she was one of the women in the hotel room at the Mondrian when Jax FaceTimed Brittany. According to the article, she will be bringing drama to their relationship, and fingers crossed it happens quickly, because I have $100 that says their marriage only lasts 125 days and I’m looking to cash in. Mama needs some new shoes! (Kidding, I really need some dinner that’s not 99-cent ramen noodles).

Based on the T-shirt she over-wears, Dayna is a Beyoncé fan, which is not surprising because she is a human woman with ears. She also appears to be a comedian, which I’m surprised Ariana is okay with since she takes sketch comedy VERY seriously. I don’t expect Dayna to last long on Vanderpump Rules, but I hope she has fun.

thirsty. poser. wannabe. people will always have their opinions about you. all you can do is roll the dice from time to time and know you stayed authentic to yourself. this summer has been interesting to say the least but i wouldn’t change a f*cking thing. 🖤

And finally we have reached Brett Caprioni, the most horrifying fairest one of all. He works at SUR, but I’m more interested in the fact that he’s a YouTuber, which explains why I have no idea who he is since I spend my weekends shaking my cane at teenagers and hollering things like “back when I was a kid we had RESPECT!” from a safe distance. I took a look at his page, and he seems to be very into eating healthy and working out, which explains his hot bod and why Jax will most likely attempt to destroy him this season. Just a guess!

I’m also taking an educated guess that he has had lip fillers (that baby picture he posted has no lips to be found—sorry baby Brett, you were still cute), and I’m also guessing that he makes people call him “BrettCap” in full, every time they talk to him, and if they don’t he spits in their drink. He just gives off that vibe, ya know? Plus he’s from Jersey and we do that sh*t. Maybe I will like him, after all.

Go peep my newest YT video if you haven’t yet 😎

And that’s what we have to look forward to this season on Vanderpump Rules. I can’t wait to watch even more beautiful people in dysfunctional relationships drink to excess!