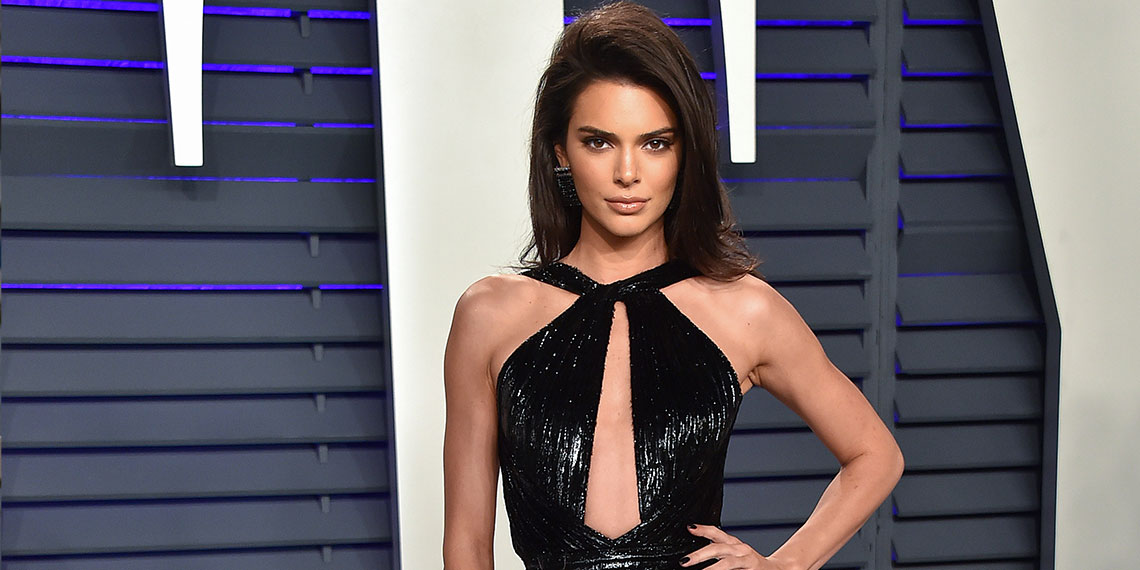 What We Know About Kendall Jenner’s Obscene Halloween Party

Guys, serious question. Why the f*ck do the Kardashians keep having parties? Hot on the heels of Kim’s ill-advised 40th birthday trip, Kendall decided to host her own 25th birthday/Halloween party on Harriet’s Rooftop at Hotel 1 in West Hollywood. That’s right, friends, while you were dropping candy down a chute to a kindergartener wearing a hazmat suit, the Kardashians & Co. were getting their aerosols all up in each other’s tightly costumed business.

The guest list was reported to be around 100 people, with attendees including Jaden Smith, Justin Bieber, The Weeknd, Winnie Harlow, Doja Cat, and 95 other people that I assume I hate. Kendall dressed up as Pamela Anderson and posted her costume on Instagram:

“don’t call me babe” happy halloween! GO VOTE!!! me as Pamela Anderson in Barb Wire 📸 by my angel @amberasaly

Look, I’m not going to deny she looks great. But can all these idiots who run around obviously flouting the rules and keeping us in this state of lockdown stop telling me to vote? I already did, and I don’t need your hypocritical ass telling me to do so. Thanks!!

Not only did Kendall throw a huge party, but she clearly knew it was wrong, telling her guests not to post on social media. Of all the rules people should be following right now, THAT’S the one she wanted to enforce at this party??! Also, Kendall, that’s a sweet idea, but you invited people who literally make their living posting on social media. You really think they’re not going to post? That’s like throwing a raw steak at a lion and asking it not to eat it. Even Kendall’s own sister posted the party all over her stories. Intentional sabotage or honest (drunken) mistake?

not Kendall Jenner hosting a Halloween party in the middle of the pandemic and making a "no social media" rule so people wouldn't know pic.twitter.com/ZfmvooNMkk

Lest you all think I am being dramatic (me? never!) and critical of Kendall for no reason, let’s give her the benefit of the doubt! I’m going to take a look at some of the CDC recommendations for gatherings and see how well they were followed at this party.

Currently, the CDC recommends that people wear masks when they are less than six feet away from other people.

Hmmm okay, so I guess that one’s a fail. Unless full body makeup counts?! I have a call out to Dr. Fauci, so if he calls me back and says this one is fine, I’ll update you!!

The CDC also suggests guests bring their own food, and limit the amount of people where food is being handled. Let’s see how they did on that one:

SHE BLEW OUT CANDLES!! That wasn’t even sanitary BEFORE people were dying from other people’s spit! I hope that coronavirus was at least buttercream.

And finally, they recommend that guests minimize gestures that promote close contact. For example, don’t shake hands, do elbow bumps, or give hugs. Instead wave and verbally greet them.

Does groping count? I really wish they had been more specific about butt contact. I can’t be the only one with this question.

ET reports that they rapid tested everyone at the door, and only people who tested negative were allowed to go up. That’s at least something, I guess, but who was doing this testing? A doctor?  Or were they just hazing some low-tier Tik Tok star who was willing to demean themselves by sticking Q-tips up popstars’ noses for a precious invite? My money’s on that one.

Also, this testing is imperfect! A negative rapid test is not an all-access pass to straddle a dude dressed as the Nutty Professor. It’s just not.

And I’m not the only one who’s pissed. Naturally, the internet went crazy over this party.

Ok Kendall Jenner blowing out candles as a masked waiter holds her cake and tries to move out of the way was actually the scariest thing I saw on Halloween pic.twitter.com/o46ri7TJ9W

CAN ALL THESE CELEBRITIES AKA KYLIE JENNER, KENDALL JENNER, JUSTIN BIEBER, NIKITA DRAGUN, JADEN SMITH TO NAME A FEW STOP BEING IGNORANT TOWARDS THIS VIRUS THERE ARE PEOPLE THAT ARE DYING U DONT NEED A HALLOWEEN PARTY

kendall jenner throwing a party in the middle of a GLOBAL PANDEMIC is irresponsible beyond imagination. people are going homeless and losing their jobs. there are people dying in hospitals everyday because of this. instead of you staying home your putting more people at risk pic.twitter.com/GXhJRonHW1

I think the fact that anyone would call this a “super safe” party just shows what a truly skewed view of reality celebrities have right now (and always).

So now I have another question for you. Where are the consequences for the Kardashians? Morgan Wallen got dumped from SNL for partying without a mask, and the NFL has fined teams and coaches for not wearing masks. But it seems that things that stick to others never seem to stick to this family. I think there needs to be a larger conversation about why it’s time for us as a country to be done with the Kardashian/Jenners and their problematic behavior, but in the meantime I would like to see some sort of consequence for how they’ve acted throughout this whole global crisis. Kendall has yet to respond to backlash, but I’m not holding my breath for anything remotely apologetic.