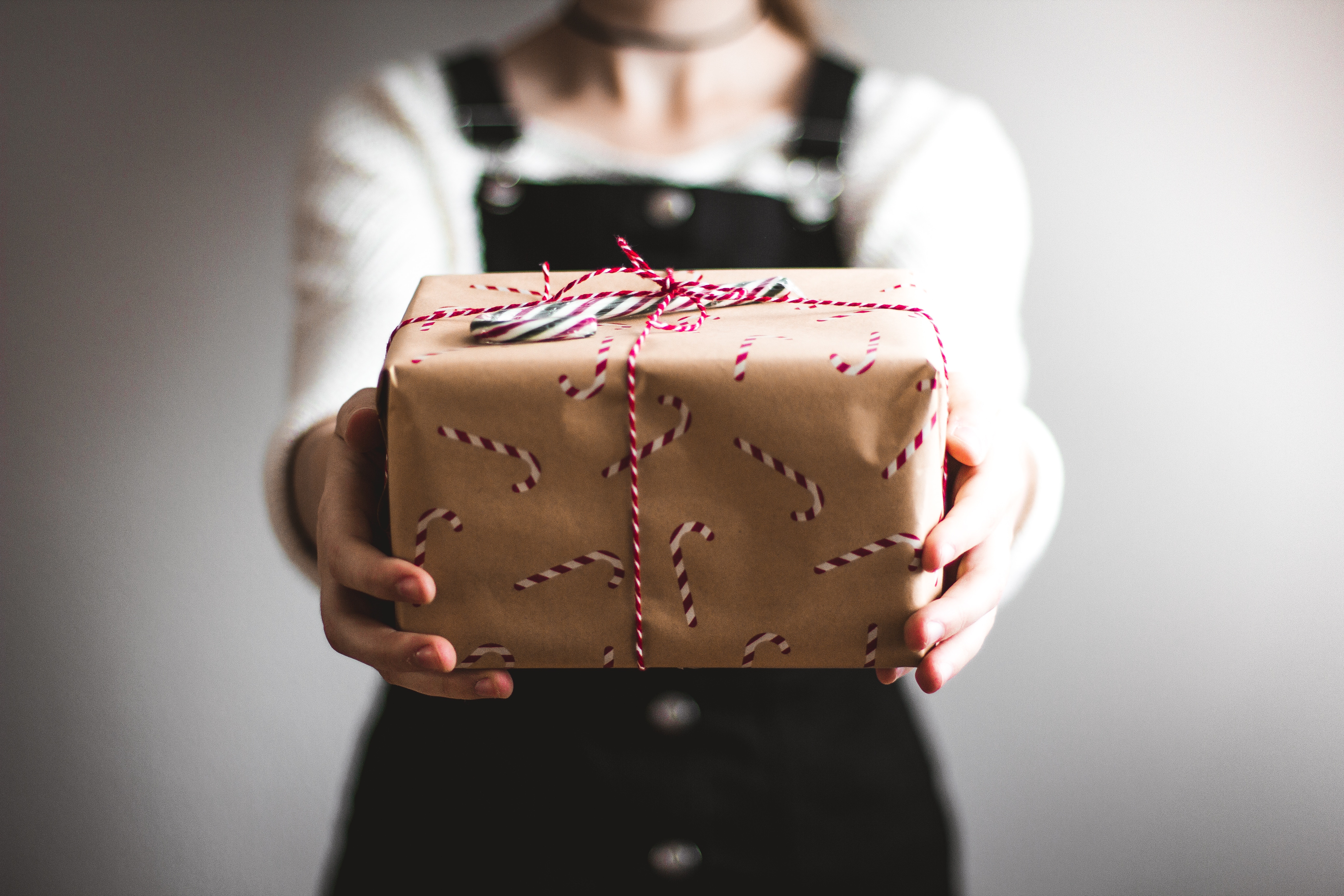 With the holidays (help) around the corner, it’s kind of time you start thinking about wtf to get the dude in your life for Christmas/Hannukah/Kwanzaa/Festivus. There are many possibilities, from flannel shirts to designer watches to apps that let you casually stalk him. All of these things, though, fall into categories of appropriateness (is that a word?) dependent upon how long you all have been boning or, like, dating. So here’s what to get him based on how long you’ve been dating.

This is kind of more of a “fun” gift than a serious one; especially considering you all started dating right at the cusp of cuffing season. Considering you aren’t sure 100% on whether or not he’s a psycho yet, this isn’t the time to go above and beyond with hundred-dollar gifts. With great relationships come great responsibility, according to Spider-Man. Anyway, if you’ve passed the one month hurdle and are well into month two or three, you need to look at spending, like, $25-75, tops.

Carhartt Multi-Tool: It’s something he’ll use, it’s small, and you’ll only be out $10 when he ghosts you in two months. Praise be.
“Night-In” Box: One brilliant idea is curating a “night-in” box with Cool Haus ice cream (or Ben & Jerry’s, whatever), cozy slippers, and a nice (but cheap) bottle of wine (or non-Jose tequila if that’s more his speed). It’s like you’re doing the date planning for him, plus you won’t be dropping major cash on this.
Flannel Shirts from JCrew or Woolrich: Honestly, the guys I talked to wanted these any time anyway, and they’re not a “we’re super serious” gift. Flannel can be worn by just about any guy, regardless of style. Is he a hipster? Is he v ironic? Does he work construction? Does he like tying them around his waist when he feels like his ass looks fat? You probably haven’t even figured him out yet and this gift STILL works. See. Everyone could use a flannel. Plus, you can always steal it later.
Beer: Yes, really. If he’s into craft beer, get a nice sampler and slap a bow on it. Just try to pay attention to what he drinks when you’re blackout at the bar.

The three to six month time period is usually the time a dude wants to know you “get” him, so thoughtfulness counts more than dropping dollaz.

Man Crates: We recommend fun sh*t like a Man Crate, filled with meat snacks, tools, and other “he-man” items. It’ll give him an excuse to pry open a literal wooden crate with the included crow bar (yes, rly) and then indulge in exotic meat snacks so he can brag to his idiot friends that he ate ostrich and alligator. Aside from jerky items, you can also get “project” crates, so he can learn how to carve his own wooden pipe and be an all new kind of asshole.
V Specific Gift Cards: If he’s hugely into outdoor sh*t from R.E.I., get a gift card. If he goes from six to midnight whenever he thinks about leather bound books, maybe a gift card to Barnes & Noble is in order. It isn’t a cop-out, it’s showing you know he digs certain things. This is allowing him to get whatever he wants from a place you know he enjoys. Don’t let the gift card be the ONLY thing you get, obviously, but make it enough that he can get something worthwhile.
Concert Tickets: In keeping with the whole you “get” him thing, get tickets to his favorite band (within reason) that won’t cost you an entire paycheck.

Hooray, you made it more than six months and haven’t ghosted each other. If your relationship was the size of a in-utero child, it’d be an eggplant. That made me gag a little, how about you? Anyway, we’re getting into almost serious territory here, so you should be spending a decent amount of money on and putting thoughtfulness into his gift.

Amazon Echo or Alexa or Google Thing: I refuse to acknowledge whatever the Google thing’s name is, but you catch my drift. Chances are your dude (and most dudes) need a robot woman to tell them if it’s raining or how many cups are in a quart or whether or not the NASDAQ is crashing. Robots are the future, so investing in one of these know-it-all glorified Bluetooth speakers is a nice gesture.
A Nice Watch: If you’re in the 6-12 month range, a nice watch (especially if he doesn’t have one) is a great gift. We’re not saying you need to go out and fetch a Rolex; there are tons of brands that are well-made and don’t carry an insane price tag. If your dude is outdoorsy, Luminox is a great option. If he’s into flannel and wood, grab a Filson. And if he has no discernible style, like, whatsoever, but enjoys nice things, Citizen is a great choice.
Couples Massages: Lay naked next to each other awkwardly while strangers touch you! Honestly, less guys than ladies tend to treat themselves to massages, so getting one with him may put him at ease about the whole thing. Plus, if he’s never ventured into day spa territory, he’s in for a pleasant surprise.

More Than One Year

Y’all are practically married. If you’ve been dating more than one year and have never been “on a break” or “seeing other people,” you can go p serious on the gift front.

Drone: Do you want to encourage his habit of disturbing wildlife or spying on neighbors? Get him a drone. He’ll definitely be entertained for at least a month.
MasterClass: These include cooking taught and screamed about by Gordon Ramsey, photography by Annie Leibovitz, and creative writing by Margaret Atwell. Give him the gift that keeps on giving: a literal life skill.
Weekend Getaway: Your guy not into learning? That’s cool. Book a weekend getaway somewhere he’d like. Look into the Baseball/Rock N Roll/Football/Country/IDFK Hall of Fame. Take him to a sports outing that you normally wouldn’t be caught dead attending. Go to a concert or get sushi at that place you hate. This is kind of about him, and you can definitely plan something nice-ish for under $500 if you think ahead of time.
That Thing He Won’t Buy For Himself: Does he have a set of satin pajamas you know he loves but won’t buy? A massage chair? A pedicure? Once you’re in for the long(ish) haul, you should know him well enough to get him the thing he would not go out and buy on his own. Maybe its boudoir pictures of yourself, or a year-long subscription to a dog-centered magazine. Whatever.