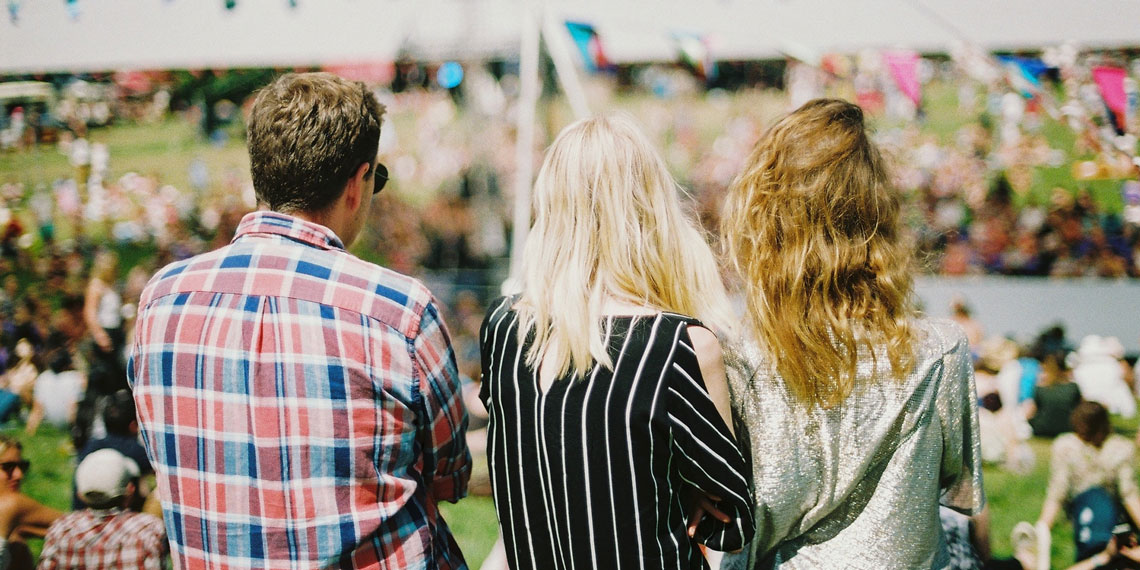 What To Do When You Hate Your Friend’s Significant Other

It feels like there is never a correct answer for what you should do when you don’t like your friend’s significant other. You don’t want to meddle in matters that don’t really concern you or ruin the way they view someone they actually like a lot, but you also feel responsible for looking out for them if you genuinely feel like they’re getting involved with a piece of sh*t. So how are you supposed to know which approach to take? Luckily for you, Jared and Jordana broke down their tips for how to go about this sort of tricky situation in the latest episode of the U Up? Podcast. Here are some tips for what to do, and what not to do, when you’re not a fan of the person your friend is dating.

1. Consider Whether You Don’t Like Them In General Or As A Partner

How serious is the level of dislike? Is it just that you don’t vibe with the way they consistently tell knock-knock jokes, or does your friend really value a good sense of humor and self-awareness and you’re not sure if this is the person for them? There’s a difference. If you genuinely think your friend’s judgement has been clouded on who they’ve decided to associate with and feel like the person isn’t a match for your friend’s personality and preferences, then it might be worth bringing something up. But if the person just rubs you the wrong way personally and isn’t a total asshole, it’d probably be selfish of you to say anything.

2. Tell Them From The Start Or Don’t Tell Them At All

It’s way easier to voice your unfavorable opinions when the relationship is still very new and they haven’t caught very strong feelings yet. Jordana thinks it’s better to just say it “when there are no stakes, and if your friend doesn’t care, it’s fine.” This way, you get it off your chest quickly and you don’t have to worry about your friend asking why you didn’t tell them sooner. If they still date the person after you speak your mind, then you just accept it and move on.

3. Only Present Facts, Not Vague Opinions

If you do decide to take the plunge and tell your friend, it’s more effective (and makes you look like less of an asshole) if you have specific incidents to back up your claim. Instead of just expressing general dislike that could come across as unwarranted, Jordana thinks it’s better to say “This thing happened. I felt a little weird about it.” For instance, instead of just claiming the person seems unnecessarily aggressive, describe how you didn’t like the time they lost their sh*t when your friend packed SPF 50 instead of SPF 30 on the day you all went to the beach. Basically, bring the receipts.

4. Only Give Advice When It’s Asked For

Jared thinks it’s best to hold off on giving unwarranted opinions about your friend’s serious significant other at all, and wait until your friend comes to you asking specifically for your thoughts. In an instance where he knew his friends weren’t too fond of his girlfriend at the time, he asked them, “What do you think?” They then asked him, “Well what do you think?” which let him know there was something wrong but also allowed him to talk about how he was feeling and explore his own thoughts. Being sensitive to and aware of your friend’s own mindset is what someone who truly cares would do.

5. Go With The Flow Of Changing Social Circles

If your friend is not someone you’re so close with that not seeing them as frequently would be a huge loss, then it might make sense to drift apart if you really can’t stand the person they’re dating. Jared said, “Your social circle changes when you become a couple. You’re gonna lose some friends, you’re gonna gain some friends. That’s gonna happen.” That’s definitely not to say you should just ditch your best friend since kindergarten because her boyfriend has a cheese mustache, but if this is a peripheral friend, maybe their sh*tty S.O. isn’t the hill to die on. Change can be difficult to face, but it’s okay to give way to the changing tides of interpersonal relationships.

To hear more from Jared and Jordana, listen to the U Up? episode below.