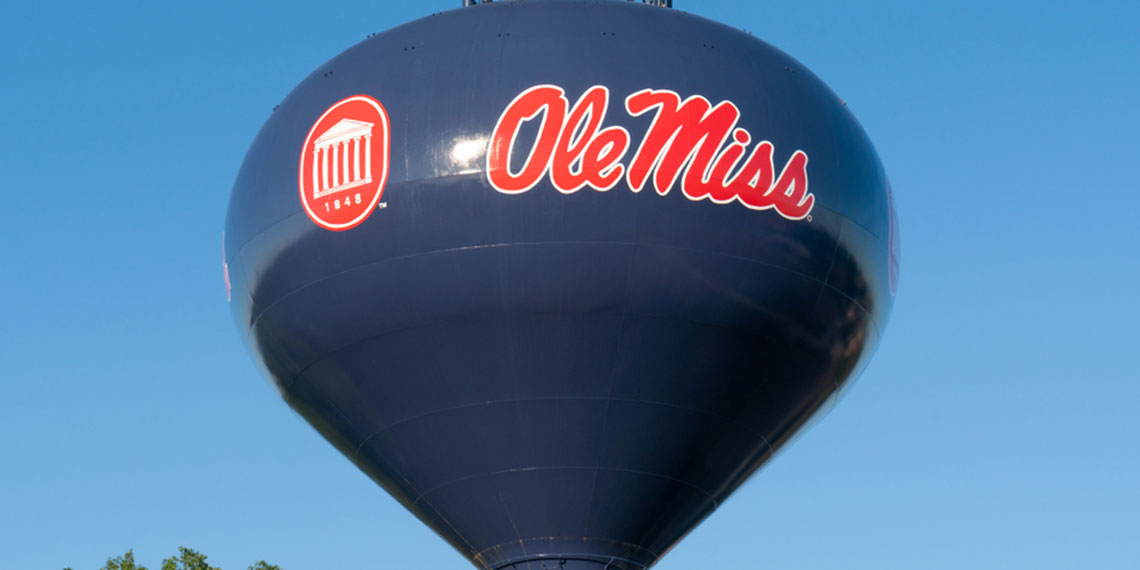 What The Hell Is Going On At Ole Miss?

“Ole Miss,” the debatably affectionate nickname for the University of Mississippi, has been having some problems for a while now. If you’re not up on college sports and are only vaguely familiar with Ole Miss because it’s heavily mentioned in the 2011 movie The Help, it’s actually not a brand of cream cheese or instant hot chocolate as the name would suggest.

The University of Mississippi was founded in 1844, 17 years before the American Civil War. Slavery was very much a fundamental feature of the Southern economy, women still had 76 years before they could vote—let’s just say we weren’t doing great as country. While there has been much debate among historians about whether or not it’s fair to judge history from the moral lens of the present, it’s pretty safe to say that at the very least, a major educational institution shouldn’t glorify or romanticize people and symbols from the wrong side of America’s darkest time. Even the nickname “Ole Miss”, which you can find splashed across campus T-shirts, mugs, and banners, was the Antebellum-era form of address for the wife of a slave’s master. Ole Miss Chancellor at the time, Jeffrey Vitter, addressed the issue in a 2016 letter writing, “I can assure you that we will continue to use the terms Ole Miss and Rebels as endearing nicknames for the university. Data show that the term Ole Miss is broadly viewed as one of connection and affection, with strongly positive national (and international) recognition.” He continued to write that the University of Mississippi, “along with many universities across the country, continues on a journey to acknowledge and address the challenging and complex history around the issues of slavery, injustice, and race.”

And what a “challenging and complex” history that is. Between the monuments, statues, and buildings on campus, the racist roots of the school are still loud. In 2012, two students were arrested for a racial-slur filled demonstration protesting Obama’s re-election. In the fall of 2013, an Ole Miss production of “The Laramie Project,” a play depicting the 1998 murder of a gay college student, was severely heckled. Then, in 2014, two unidentified men tied a noose around a campus statue of James Meredith and left behind a flag with a confederate battle emblem. The James Meredith statue, a mere few hundred feet from a monument remembering Confederate soldiers, honors the University’s first black student. For perspective, the Civil War ended in 1865, and it took Ole Miss 97 years to admit a black student. In 1962, Meredith’s admission to the school started a riot that killed two people. Then, 52 years later, two men tied a noose around his statue.

In 2016, Chancellor Vitter launched the “Chancellor’s Advisory Committee on History and Context,” in which Vitter made an effort to re-brand some of the school’s most offensive memorials by either renaming or adding plaque descriptions for historical context. Amongst the effort was the 2017 renaming of Vardaman Hall, named after former U.S. Senator and Mississippi governor James K. Vardaman, who was a well-known advocate for lynching. Vardaman publicly rebuked President Theodore Roosevelt for inviting Booker T. Washington, African American educator and author, to a dinner at the White House in 1901. The committee explained that, “contextualizing the campus reminds us of the enormity and complexity of our shared past” and that “done correctly, and therefore carefully, contextualization is an additive process, not a subtractive one.”

Cut to now in 2019, three Ole Miss fraternity brothers posted a photo to Instagram of them posing with guns in front of a bullet hole-covered sign honoring the site where 14-year-old Emmett Till’s body was found. Emmett Till was brutally kidnapped and murdered by two white men for allegedly hitting on a 21-year-old white woman, Carolyn Bryant Donham, in a store in 1955. The murderers were her husband and his half brother and they were acquitted the same year by an all-white jury. Many years later, Donham admitted the claims of sexual harassment were false, but a grand jury in 2007 chose not indict her, or anyone else involved, in the case.

The new Emmett Till Sign, made by ⁦@LiteBriteNeon⁩. It’s the 4th memorial sign marking where his body was recovered. For the first time, it is bullet proof. The last 3 were stolen or shot up. This replaces the sign where three Ole Miss students posed brandishing guns. pic.twitter.com/nKokFjoR9L

Emmett Till’s murder was so violent and disturbing that it continues to be taught to children in history class as a major catalyst for the Civil Rights Movement. So why are Ole Miss frat boys posing with guns in front of a sign remembering one of the most grotesque hate crimes in American History?

Rod Guajardo, a University of Mississippi spokesman, initially stated that the photo does not represent a violation of the university’s code of conduct because “it occurred off campus and was not part of a university-affiliated event.” Still, the fraternity the students at question belonged to, Kappa Alpha, have since suspended the students. Despite the fact that the students are holding guns and the sign is covered in bullet holes, it hasn’t yet been confirmed that the students were the ones who shot the sign, as the site has been damaged multiple times before. Just last year, the third installment of the sign was put up, only to be defaced by bullet holes just 35 days later. Is this a hobby in Mississippi? It’s Saturday, let’s grab our guns, shoot up a memorial and then post it on Instagram! It’s tradition!

And if this all wasn’t upsetting enough, a pregnant 21-year-old Ole Miss student was recently shot and killed by her boyfriend, a fellow Ole Miss student. Ally Kostial reportedly told her sorority sisters that the father of her unborn child, 22-year-old Brandon Theesfeld, wasn’t happy about her pregnancy and then her body was found near a lake 20 miles from the University of Mississippi campus. Hey Brandon, you know what ruins your life a lot more than baby? Going to prison until you die for murdering your pregnant girlfriend. Still, Theesfeld’s father claims that his son is innocent and that he has “reasons to believe” that he cannot share at this time according to a statement released to CNN.

Ole Miss needs to make a concerted effort to educate its students on the painful and racist past of Mississippi and the Deep South. We have the opportunity to be a beacon of reconciliation for the rest of the nation and it begins with expulsion of these men. https://t.co/MfeIrqv3DG

It seems as though the University of Mississippi needs to do a lot more to solve their problems than set up a few plaques. When the noose was placed on a statue of Meredith in 2014, the student newspaper, The Daily Mississippian wrote, “All of our actions seem fruitless and impotent, leaving us broken, scared, humiliated and with burning, difficult questions: What we do we do about it? How do we stop these events from transpiring?” Now, nearly five years later, they’re forced to ask the same questions. How do we stop these events from transpiring not only at the campus of Ole Miss, but across our country? Seems like it’s going to take more than kicking three boys out of a fraternity.