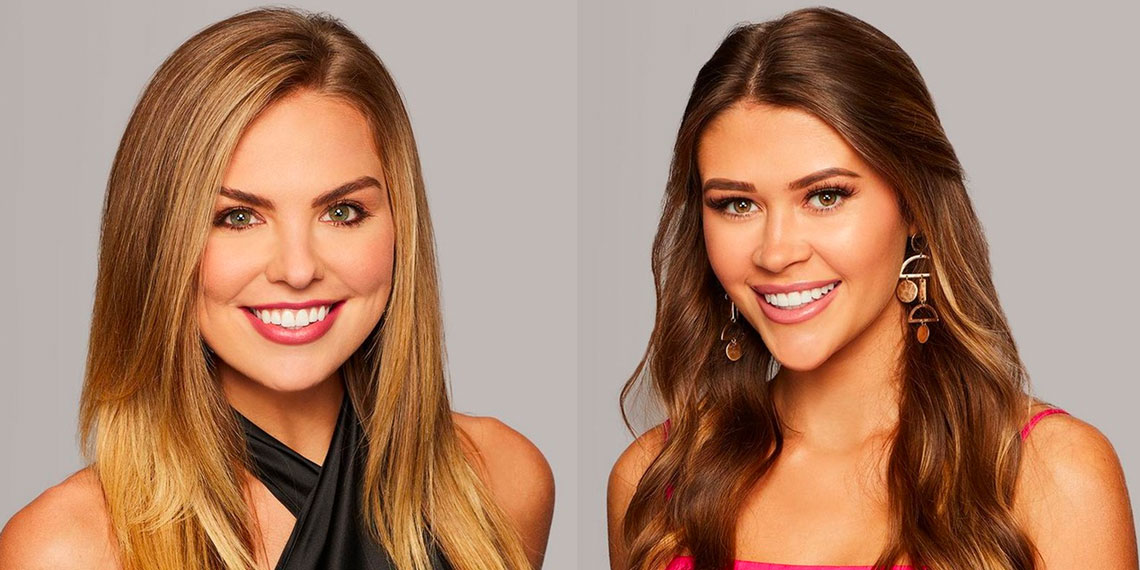 What Really Happened Between Hannah B & Caelynn? An Investigation

We are currently living the most dramatic Bachelor season of all time. Not only do we have a virgin Bachelor and women over the age of 30 (gasp!), but we also have a good old fashioned vague fight between acquaintances. We are not WORTHY of this drama. That’s right, on Monday night’s interminable episode, it was revealed that our two toddlers in tiaras, Hannah B and Caelynn, have an ongoing feud. About what, we don’t know. I swear, this fight was harder for me to understand than Richard Madden’s accent in Bodyguard. So what really went down between Hannah B and Caelynn? Lucky for all of you, I have an insatiable appetite for Instagram stalking coupled with a touch of insomnia. So shall we dive in?

Let’s start at the beginning. Hannah B and Caelynn were roommates during the Miss USA pageant in May 2018. Hannah B was Miss Alabama because she’s a pretty blonde girl who could only speak the words “roll tide!” up until the age of 22 (the doctors were very concerned), and Caelynn was Miss North Carolina because she clearly couldn’t win in Virginia she is very into the history of aviation! At that time they seemed to like each other, since they both popped up on the other’s Instagrams.

If I had to make my decision right now on who is the bitch in the situation, I would say it’s Hannah B. Because look at that lovely photo Caelynn posted of them. Everyone is wearing a crown, and they’re fresh out the spray tan booth, glowing like the queens they are. Then take a look at the one Hannah posted.

Y’all, I’m still not over this DC trip @rpmproductions took last week! Just one of the opportunities I am so thankful for from this experience as @missalusa. A lot of times I take for granted the value of “the crown”. I just see Hannah as a struggling hot mess that seems to make it work (praise with Jesus’ help) , but I have been given the coolest position of influence to spread joy, peace, and grace! This trip amplified to me how incredible this opportunity is and to always remember *whether wearing a crown or not* that I have a responsibility and a calling to be light. always. so let’s shine bright like diamonds. or rhinestones.✨????????????‍♀️#missalusa #alabamahannah #brownforthecrown #missusa #roadtomissusa #belight

She and the other girls in the picture have their extensions freshly blown out, and are wearing their sluttiest boss bitch pumps. And then Caelynn’s got her hair pulled up like she’s just coming from her third spin class of the day and is wearing my grandmother’s orthopedic loafers. If this isn’t low-key sabotage, then I don’t know what is.

Unfortunately, I could only find friendly posts between the two of them on Instagram. It would have made my life so much easier if they just called each other fugly sluts in a screenshotted Notes App post like us normal people do, but I guess I’ll just have to keep digging. SUCH a burden.

At some point after Miss USA, the girls had a falling out. They both called each other manipulative and deceitful and whatever other words they found listed under “synonyms for bitch” on Google. Neither one had a shred of evidence or an example of what the other did to them. Huh. This sounds strangely like every grudge I’ve been holding for the last 15 years. Whatever, I’m sure the people I hate deserve it. Yes, yes, Michelle is DEFINITELY the worst. I’m sure of it.

Okay so obviously I’m thinking one slept with the other’s boyfriend, right? And they just don’t want to say this to the Virgin Mary Colton? Without confirmation, I went to the source of all Bachelor gossip, Reality Steve. And even he doesn’t know! In his post about the episode, he says that he has heard that Caelynn is the bad guy, and he’s heard that Hannah is the bad guy. Well that solves that!! Thanks so much sweetie!! He did say one interesting thing though, which is that Hannah was cast first on the show, and then when they heard that she had this drama with Caelynn, Caelynn was cast. Hold. The. Phone. So you mean to tell me that the producers don’t care about love they care about drama?! I won’t believe it.

In a last-ditch effort for answers, I headed over to Reddit, since those gossip-loving superstars know everything—like, they could legit tell you who the Zodiac killer is. It’s bonkers. Yesterday on r/thebachelor subreddit someone doing the lord’s work gathered all the info about the feud into one thread. Unfortunately, no one can really say what happened between the two girls, but fortunately everyone did seem to have evidence that Caelynn is a mean girl who ditches events she got paid to do to go bar hopping instead. Sorry, is that a bad thing? Because that’s like, my dream profession. How old is too old to start doing pageants?

And so I guess we’ll never know what really happened with Hannah B and Caelynn until they sell the story to People magazine, ever. But what I do know for sure is that this feud will go down in history. Like Taylor and Kanye, and Donald and Nancy, we will never forget that blonde pageant girl and that brunette pageant girl.