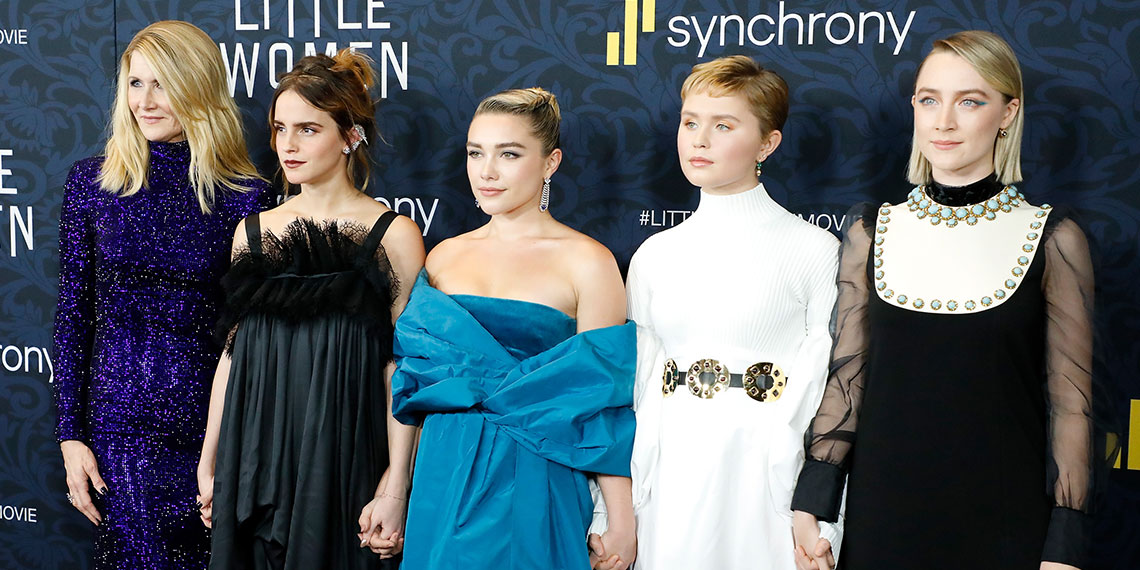 What Movie You Should See With Your Family This Christmas

As much as people love the holidays, the actual week of Christmas is kind of a weird time. Whether you celebrate it or not, everyone is in this limbo where they don’t really have anything to do. Therefore, it makes sense that it’s one of the biggest moviegoing times of the year. Whether your Jewish fam always sees a movie and gets Chinese food, or you desperately need a reason to leave the house after your family Christmas celebration, movies are the way to go.

But what to see? There are lots of choices right now, so I took it upon myself to break them down for you. Not everyone wants to see the same movies, so I organized this year’s movies based on who you’re actually going with. You might not make everyone happy, but at least you can make an informed decision.

If Your Little Sister Is Obsessed With Musicals: ‘Cats’

From the first moment I saw a trailer for Cats, I knew it was going to be a hot-ass mess. And I was right! The reviews for this have been high-key terrible, and the tweets describing the viewing experience were the only thing that got me through my holiday-party hangover last week. But if you have a younger sister whose top genre on Spotify this year was “showtunes,” you should probably suck it up and take her to see Cats. If anything, you can take an edible before and just zone out for a couple hours. Merry f*cking Catsmas!!

Meryl Streep. Laura Dern. Saoirse Ronan. Timothée Chalamet. The cast for this movie is a who’s who of awards season favorites, and Greta Gerwig’s new adaptation of the classic novel has a 97% on Rotten Tomatoes. Go off, sis. Really, anyone will probably enjoy this one, but it should be at the top of your list if your mom loves going to the fancy movie theatre where they serve like, charcuterie or whatever. Personally, I love Timothée an embarrassing amount, so this is definitely what I’ll be voting for as the family movie on Christmas. It’s called taste, look it up.

If You Want To Make Your Dad Happy: ‘Star Wars: The Rise of Skywalker’

Honestly, this is the easiest choice on the list. If your dad/grandpa/nerdy cousin is a major factor in your movie decision, you’re probably going to end up at the new Star Wars movie. This will be the last new Star Wars movie for the foreseeable future, so just let them have it. If you didn’t see the last one (or any of the ones before), don’t be too worried. All of these movies have pretty standard good vs. evil plot lines, so you should be able to figure out the basics. If you get confused, just remember that Adam Driver is the bad guy.

Strangely enough, not all dads are the exact same? Weird, I know. If your dad is more into war movies that take place on our planet and not a galaxy far, far away, 1917 is what you should see. It’s a World War I drama from the director of Skyfall (say this to your dad, he’ll like it), and it’s gotten rave reviews for it’s one-shot filming style. It’s not like a regular war movie, it’s a cool war movie.

If Your Family Is All Women: ‘Bombshell’

If the theme of your family gatherings is basically “destroy the patriarchy,” load up in mom’s minivan and go see Bombshell, which tells the true story of how Fox News’ Roger Ailes was taken down. Charlize Theron is terrifyingly realistic as Megyn Kelly, and Margot Robbie is like, shockingly good as an up-and-coming reporter. Nicole Kidman is also great as Gretchen Carlson, and there are approximately 100 other people in the cast that you’ll recognize from random shows and movies. It’s a crazy story, and the way this movie tells it will keep you on the edge of your seat.

If You Have Little Siblings: ‘Spies In Disguise’

Of course, there always has to be a family-friendly option on Christmas, and if your little sister has already seen Frozen 2 several times, this year it’s Spies In Disguise. I won’t pretend I’m going to see this movie, but it’s actually gotten great reviews, so it shouldn’t be too much of a slog. Will Smith and Tom Holland star as, uh, the spies in disguise, and the rest of the voice cast has fun personalities like Reba McEntire, Rashida Jones, and DJ Khaled (yeah, idk either), so you might actually have fun.

If You’re With Your Grandparents: ‘A Beautiful Day In The Neighborhood’

I mean, who doesn’t love Mister Rogers? Tom Hanks is just as lovable as you’d expect here, but the main storyline of the movie is actually really interesting and unexpected. This movie is total awards season bait, but it’s actually done really well, so I’m not mad about it. I haven’t watched Mister Rogers in at least a decade, but I still obviously cried multiple times during this, because that’s just who I am as a person. Cheers!

If No One Can Agree On A Movie: ‘Knives Out’

No matter what kind of movies you usually go for, Knives Out is just fun. It’s a classic murder mystery, with a talented ensemble cast and lots of twists and turns that you actually won’t see coming. Daniel Craig is perfect as the detective who comes to investigate the death of the patriarch of a wealthy family, and once he gets there, basically nothing goes according to plan. Knives Out is nominated in multiple categories at the Golden Globes, is both funny and emotional, and stars Chris Evans. It’s a win-win-win, and everyone should be happy.