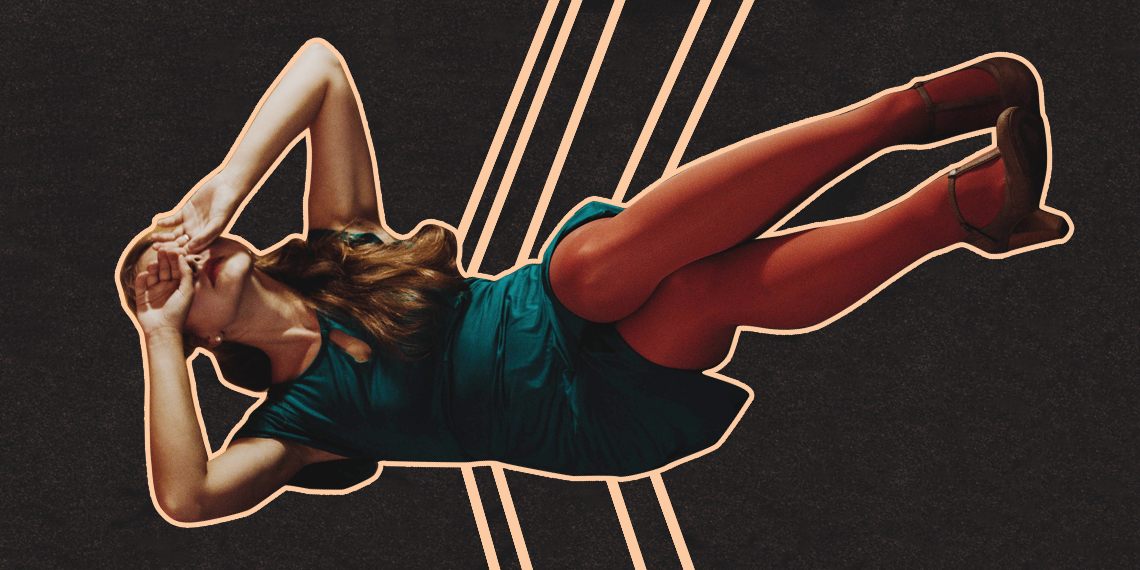 March is Endometriosis Awareness Month, which aims to increase awareness of this chronic condition that impacts 176 million women worldwide. It takes an average of 10 years for a woman to get diagnosed with endometriosis. As part of their #TooLong awareness campaign, theendo.co has women sharing who they are, where they’re from, and how many years it took them to get diagnosed, because no matter the time, it is #TooLong.

The first time I heard the word endometriosis, it didn’t really register. After years of seeing countless gynecologists, I had grown accustomed to the routine of the doctor listening to 60 seconds of me trying to explain my symptoms, pick a diagnosis from their random wheel of explanations, and assure me that everything I was experiencing was “normal.” For many who may not know, endometriosis is a chronic illness in which the endometrial lining of the uterus grows outside the uterus. There is no cure.

It all started in 2005 when I was in 8th grade. At 13 years old, my first period didn’t look so much like a rite of passage as it did a murder scene. Woefully unprepared for this experience, I bled through my underwear, my school uniform, and onto the chair underneath me. The pain was so bad I could hardly think. A parade of well-meaning but misguided doctors and diagnoses followed. My teachers, family members, and peers all assured me that a little pain was expected with that time of the month. But I knew this wasn’t normal. I hoped it wasn’t normal.

…and a bunch of spooky memes from Flared Days Past. this holiday is so fitting for us ???

Fast forward to 2015, nothing had gotten better… only worse. I was no longer feeling like sh*t only while on my period, but 24/7/365. Mind you, at this point, I was not clinically diagnosed with any uterine disease, completely naive as to what was happening in my body. My entire pelvic region perpetually felt like a thousand knives were stabbing me, I could not have a bowel movement without my blood pressure dropping to the verge of fainting (needing someone always to stand outside the door), I couldn’t eat without my stomach bloating to look and feel 6 months pregnant, and my heating pad was plugged into the wall day and night. While the physical aspect was brutal, the emotional distress I experienced was just as bad, if not worse. I was accused of having an eating disorder by many (including several doctors), I lost many friends due to my inability to keep up, I had to quit my big financial job in NYC due to lack of understanding, and felt completely isolated from the world and myself. I wore an imaginary mask of makeup and fake smiles to get through the day, and was forced to forge my own path in the professional world so I could work from home (or anywhere except an average 9-5 cubicle job) and be my own boss.

At this point, I had seen 6 OBGYNs, 2 Gastroenterologists, 1 Physical Therapist, 2 Neurologists, and 2 Endocrinologists over a span of 10 years. NOT ONE of those specialists mentioned the word endometriosis to me, nor would they give me any pain medications because I was ‘“too young to have any real issues,” “exaggerating my pain levels,” and/or my personal favorite: “probably making it up.”

It was April 13, 2015 when I had ruptured the most painful ovarian cyst I had ever experienced. It was a normal morning until I felt a sudden, excruciating sharp pain on my left side. Minutes later, my mom found me grey and motionless on the bathroom floor and my breathing was faint. I woke up in the ambulance on the way to the hospital, cruciform on a stretcher, terrified, yet comforted that I was being cared for.

It was at that moment, I decided I was not f*cking around anymore. By that point in time, I had seen 6 OBs, so it didn’t matter to me how many I had to see to get even the slightest answer as to WTF was going on. My symptoms were worsening rapidly after the hospital episode, and it did not matter what I had to do to get better, because I was going to do it. I had officially changed my mindset.

It was shortly after the hospital episode when I heard the word “endometriosis” for the first time. I was 23, in the chair with the 7th OB, who happened to be a fertility doctor (endometriosis is a top cause of infertility among women). The doctor was more thorough than any other doctor I had seen, and genuinely gave a sh*t about what I was going through.

“Based on your symptoms and medical history, I think you may have endometriosis,” she said.

In my head I was thinking, ‘WTF is endometriosis?!”

“Endometriosis is when the endometrial lining of the inside of the uterus grows on the outside of the uterus,” she continued as she pulled out a booklet, showing me pictures of the disease on a real uterus.

I was speechless, and before I could open my mouth to ask what the best course of treatment was, she said:

“The only way to clinically diagnose and treat endometriosis is through surgery, but there is no official cure to the disease.”

There it was… I felt in my gut that this was what I had. For too many years, my uterus essentially owned me. For too many years, I went through boxes of super plus tampons per period, put my fiancé and parents through hell, sat on one butt cheek just to sit comfortably, tried every anti-inflammatory diet under the sun, left the heating pad on until I burned myself, felt like sh*t 24/7, and pretended to be okay.

Two months later, I opted for excision laparoscopic surgery because enough was enough. To everyone’s surprise, the surgeon found late stage endometriosis. Hundreds of lesions encompassed my pelvic region. The disease was found and removed from my uterus, fallopian tubes, ovaries, rectum, colon, appendix, pelvic wall, bladder, and going for my liver. My appendix was also removed along with multiple endometrial polyps and fibroids.

When I woke up in the operating room after surgery, I was overwhelmed with peace to find that I was clinically diagnosed with endometriosis. In the words of my surgeon, “It was aggressive and it was everywhere, but we got all of it.”

At this very moment, I am officially endometriosis and appendix FREEE!? I am feeling so loved and cared for by my family, friends, and my boyfriend who have seen me deal with this pain and everything that comes along with it through out the years. _ I don’t like to be vocal on the internet about ailments (especially mine), but to the women out there: if you have abnormal pelvic cramping pain, abnormal bloating, hemmoraging, or a history of ovarian cysts, ask your doctor about endometriosis. I’ve been to 7 different OBGYNs since I was 16, and the 7th was the doctor that figured it out. Women go undiagnosed for YEARS. Many women find out when they are older/married and trying to get pregnant but can’t. You don’t want your fertility ruined for the future, especially if you DO want to have a family when you’re ready. This stuff is no joke. _ Lastly, shout out to Dr. Seckin and his team at Lenox Hill Hospital for a very successful surgery. My life is about to change dramatically and I couldn’t be more thankful. ? _ #endometriosis #fightlikeagirl #endowarrior

While I was thrilled to finally have answers, I was crestfallen to hear that 62% of women with endometriosis have further surgery, with a median time of less than 2 years to the second surgical procedure. Furthermore, 1 in 5 opt for hysterectomies when that is not the most effective course of treatment for the disease: excision surgery is. This is only a matter of education.

I am now almost 4 years post-op from my first and only excision surgery, and can confidently say my pain is under control. While I am very lucky in that regard, there are millions of women without answers who suffer the way 2015 me did. My endometriosis journey is similar to what millions of both diagnosed and undiagnosed women are going through right now on a global scale. 1 in 10 women have endometriosis, and it takes an average of 10 years to get a diagnosis. Let’s strive to change that.

Meg Connolly has been working as a digital and social media professional for over 8 years. She has worked on projects ranging from the NYC Papal Visit with the Vatican, to making rainbow bagels in Brooklyn go viral and landing her dog Ceili the Puppy as a model in NYFW. Her latest passion is bringing innovative digital media to the real estate and relocation industries. Working in the field has given Meg a true understanding and drive to use social media for awareness of endometriosis, a disease which she has had for over a decade. She sits as a Director on The Endometriosis Coalition to ensure women obtain diagnosis and proper treatment. While Meg is from the heart of New York, she currently resides in Miami for much of the year. Many call her a young ‘snowbird.’ She enjoys managing her dog’s Instagram account: @CeiliThePuppy, interior design, and spending time with the people she loves, and is marrying her soulmate this June. Follow her journey on IG: @MegConnolly