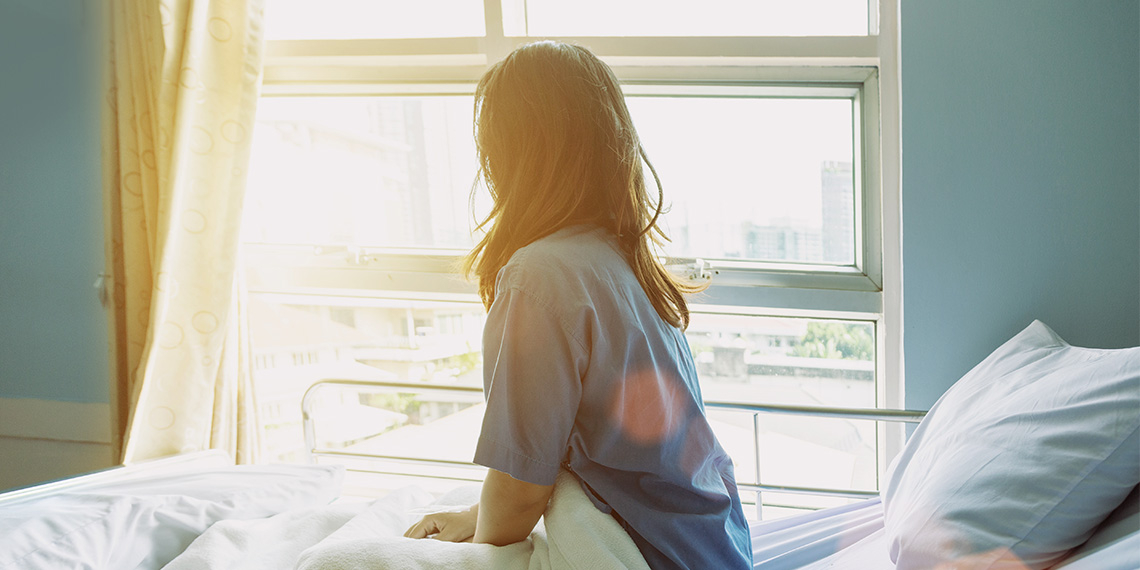 What It’s Really Like To Go Through A Double Mastectomy

If you were like, “Hey, what happened to Holly? She said she had cancer and then disappeared, did she die?”, I’m here to tell you, I lived, bitches. Not only did I live after getting a stage 4 triple negative cancer diagnosis, despite the odds, I was able to get a double mastectomy (which will keep those murder boobs from creating more cancer), and I am now officially cancer-free. I mean, I have to be on immune therapy for a few years/maybe forever, but it’s a small price to pay.

On average, I had a year to live if I didn’t have immune therapy and respond well to treatment. Which would have been next month. So, given my very close brush with death, I keep thinking back to how I found out that I was BRCA2+ in January 2019, from a 23&Me test. That gave me a 90% chance of getting breast cancer. (BTW, that test only checks for 3 out of 1,000 strains of BRCA and is not totally accurate, so if you think you may have it, you need to get the official blood test from your doctor.) I did nothing about it. I mentioned it to my doctor that May, who advised me to get a preventative double mastectomy. The thought was so horrifying (and over the top, I thought, I was only 28!), I just kind of blew it off and decided that was more a problem for Future Holly. Then in September 2019, I rolled over, found a lump, and this sh*tshow began.

It’s funny how I went from terrified to get a mastectomy to absolutely begging/praying for one in such a short amount of time. Normally at this phase of cancer, it’s no longer an option because you can never go off of chemo, and you can’t have major surgery on chemo because your body does not heal. Immune therapy changed that for me, so I was able to get the surgery when most people cannot. Look, I’m not going to lie, it’s a major surgery and amputation and it really f*cking sucked, but if you have a family history of breast cancer or test positive for BRCA, I am telling you right now, just do it. Because not only will you have to do it anyway, you’ll have to do a lot more terrible sh*t AND STILL maybe won’t survive it. That’s simply not worth it.

If you are doing it preventatively or have an early stage cancer that does not need radiation, you actually can get reconstruction done at the same time as your mastectomy. So you walk in with (potential) murder boobs, walk out with fake boobs that look the same (or even better) but won’t try to kill you in the middle of the night like mine did. If you’re getting radiation, you have to have the mastectomy, heal for a couple months, then get radiation, then wait six months, then get reconstruction. It’s because radiation will melt/mess up whatever recon they try to do, so they give you a while to heal from it before they even bother.

My second clean pathology report! They tested my murder boobs’ tissue and found it all to be CANCER FREE! The white part in the first image is the scar tissue from my lumpectomy. 😳 I got my drains out yesterday and I’m doing great. Btw. I asked what they do with the tissue after testing and they keep it all, frozen, in case something else comes up they can retest. So my breasts are sitting in a jar somewhere in a lab. Found this little detail a bit horrifying but at least they can’t kill anyone else. 😂🔪 #fuckcancer #fuckbreastcancer #triplenegativebreastcancer

I’m having radiation so I could only get temporary reconstruction that will get screwed up but then be replaced. I opted to get my nipples removed, because nipples are still breast tissue and there is no way at this point I’d risk having a tumor come back. The surgery was done by a breast cancer surgeon and a plastic surgeon together—one took everything out, the other put it all back together. It only took a few hours, but I stayed one night in the hospital. I left feeling really tight around my chest and unable to move my arms. I had little implants that were about half the size of my original breasts as a space holder until I get my actual reconstruction. I didn’t have to get expanders (which go under the muscle to make room for implants) because I’m opting for a Deip flap surgery later on, which means I’ll have small implants on top of the muscle and most of the new breasts will actually be stomach fat. So, new boobs, a tummy tuck, and lipo in one, all in the name of cancer. You know, I always wanted abs. I didn’t think I’d get them this way, though.

The other super weird thing was that my chest and armpits around the implants are completely caved in. Your breasts actually go up to your neck and into your armpits, so all of that is now hollow. They’ll fix it with fat from my stomach, but it does look pretty strange in this interim. Since I got my nipples chopped off, my only incisions were two lines where my nipples used to be and they did the entire surgery through those holes. I had little white band-aids on those lines and that is it. I also left with two drains on either side, which fill with blood/liquid (ew) and you have to measure what comes out of them every day until it’s a small amount and you can have them removed.

Serious question: Can I walk around topless now since I don’t have any nipples?

So let’s talk about pain. At first I had absolutely zero pain, but then I tried to sit up, or even worse, stand up. Your breasts actually go completely numb after a mastectomy so I can’t feel anything under/the sides/or where my nipples used to be. I have a small amount of feeling in the center/sternum area. This was a huge relief since I didn’t have to deal with any of that pain. But when I tried to get up, suddenly my rib cage was lit by every fire from the depths of hell. I honestly don’t think I would have noticed had I been actually lit on fire. This is apparently a nerve pain issue, as your nerves start freaking the f*ck out about what happened to them. This pain went on for four days and no amount of drugs seemed to curb it. To be honest, it was a pain I previously wouldn’t have been able to conceptualize, but it was only when I tried to get up.

However, when that pain resolved, suddenly I was very aware of my surgical drains. I mean, it’s barbaric. They look like this:

Except this photo fails to show the huge 8-inch piece of tubing that was in either side of my body. I was told I was super lucky, because some people get four drains and I only got two. They’re just sticking right out of your skin. Below my chest ached and had a lot of pressure that I didn’t realize was from the drains until I had them removed. Which, BTW, also hurts, even though they tell you it doesn’t. They legit just yank them out. But, it’s a relief once they’re gone. I had mine for eight days, and opted to wear mine in a cute little fanny pack instead of a lanyard like pictured above.

I spent a week basically bedridden with family helping me out, and then I went home to my apartment. I needed a lot of help because I could only move my arms like a T-rex, although I was able to touch my head and my ass, so thank God, I could like, wipe myself and wash my own hair. Weeks 2-4 are about the same: super f*cking boring and you’re in a moderate amount of aching pain. This is the pain I expected, though. It feels like I’ve been in a really bad car accident, I’m just very sore and tight and achy. It hurts more in the morning and I still can’t sleep on my side, so I sleep like a corpse and I’m really stiff when I get up. I’m mostly bored because I still can’t really use my arms much and I’m not allowed to drive or lift anything until the 6-week mark. But I’ve totally been able to take care of myself since that first week (with friends helping with things like driving to appointments, putting groceries away, getting things from high cabinets, etc).

Overall, it’s not even close to as bad as I pictured. And if I’d done it preventatively I’d be done by now, and wouldn’t have had the rest of the cancer disaster to deal with. The worst is over and it’s only up from here. Getting my boobs done and a tummy tuck just makes me like every other girl in LA, so I’m expecting it to be way easier than everything I’ve already been through. Honestly, chemo was way, way, worse. Being uncomfortable/sore is infinitely better than being sick for five months of your life. Let me tell you, it’s also a huge relief that I don’t have to neurotically check my boobs for tumors anymore. After FIVE of them over the last year, I’m over it.

So, I’m at week 5, and I have a couple more weeks of healing, six weeks of radiation, six months to heal from that, recon surgery, probably a second recon (most people need two when it’s post-radiation), and then I’ll get my nipples drawn back on via 3D tattoos. And by then, this pandemic shit BETTER BE OVER, my hair will grow back in a way that doesn’t look like I’m the coolest boy in 5th grade, and I can forget that I ever had cancer. Besides the immune therapy. But that’s every three weeks and not a big deal.

Also? I asked them what they do with the boobs they took out and apparently they keep them frozen in a lab in case something else comes up and they need to retest. Super. Gross.

TL;DR; It hurts, it sucks, it’s totally bearable, over with quick, if you need it, just do it.

So, get your preventative mastectomies, check for BRCA, and check your boobs. I assure you, the rest of it sucks much worse if you fail to take action. And not to be overly dark, but here’s a gentle reminder of the alternative:

Although if I die, you guys better make sure I look exactly this chic at my funeral, kthanksbye.