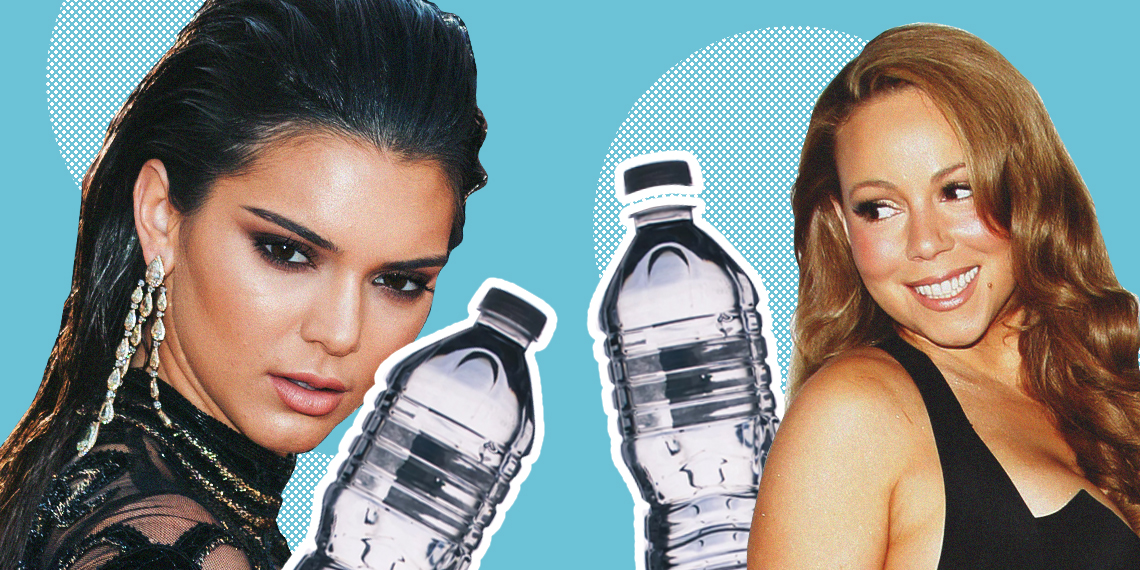 What Is The Bottle Cap Challenge And Why Do We Care?

Guys, I wish it hadn’t come to this. I wish I wasn’t writing an article about something called “The Bottle Cap Challenge,” but yesterday I called a friend’s new baby “alien-esque,” so I guess karma works quick, huh? So what is the Bottle Cap Challenge, other than a stain on our history, an assault on my eyeballs, and a dumpster fire to my brain? Why I’m glad you asked, since I’ve got to write 800 words on the subject. Allow me to ruin your life enlighten you.

According to PopSugar, The Bottle Cap Challenge was started by Taekwondo instructor and fighter Farabi Davletchin on June 25th. Fine, Farabi, you seem cool. And, if you had only stopped there, I wouldn’t have had to add you to my revenge spreadsheet. But this turned into a viral challenge, and that gains you automatic entrance onto my list. Sorry pal, I don’t make the rules, I just enforce them. (Fine, I also make them.) Since the Bottle Cap Challenge began, celebrities have been participating in it, and also challenging their friends/colleagues/people they want to embarrass. Should we take a look at the best of the bunch? And by best, I mean “the ones that elicited a very strong reaction in me.” Onward!

If I HAD to pick a favorite because some animal was threatening to rip the coffee IV out of my arm or something equally horrific, I’d have to pick Mariah Carey’s. There’s so much to like here. She’s wearing a sparkly waist trainer.  She pretends to do some taekwondo moves in the beginning. It doesn’t work the first time. She proves to us that she’s STILL. GOT. IT. That voice! And, when it’s over, she runs away with a healthy mix of shame and satisfaction. That’s all I ask. Bow down.

you asked for it @haileybieber …

I hate the KarJenners and nothing they do will ever please me, so if you’re a fan, you might want to put on the earmuffs right now. *Beginning rant* We know you’re rich, Kendall. We know you’re skinny, Kendall. We know you spend your days on jet skis instead of in darkened cubes surrounded by people who make sexist jokes that you’re forced to laugh at in order to get that raise you begged for, Kendall. WE KNOW. You don’t have to continue to shove it in our faces with everything you do, MY GOD. I’m not impressed. I’d only actually be impressed if she completed this challenge in the unfinished half of a friend’s basement after drinking straight vodka for 6 hours like the rest of us were doing at age 23. Only then. *End rant*

First of all, hi Lizzo, where’d you get that jumpsuit? Help a girl out. Second of all, FINALLY someone speaks the truth! No one is actually completing these challenges, right? Certainly not while on a jet ski *cough* Kendall *cough*. Sorry sweetie, truth hurts. GET IT??

Ryan Reynolds gets a special mention here, because I appreciate his commitment to self-promotion. Did you guys know he owns a gin company? If you didn’t know, please see his 45-second commercial disguised as a viral challenge video. Does he successfully complete the challenge? I have no idea, because I lost interest in this one after 9 seconds, but now I am craving an ice cold G&T at 9 in the morning. Thanks, Ryan!

#bottlecapchallenge #challengeaccepted @erlsn.acr This thing landed on my head from @johnmayer but will quickly go to a couple of fellas we’ve seen do push ups badly. All yours @guyritchie and @jmoontasri

There’s no one cooler than Jason Statham. There just isn’t. He once used defibrillators on himself. He put shards of glass in his eye. He jumped off a high-rise building with only a raincoat as a parachute and broke both legs. The Bottle Cap Challenge? A cake walk. This is the only video I can mildly tolerate. Call me, Jason!

Did I miss any cool ones? KIDDING. They don’t exist. I hope you got your fill of the Bottle Cap Challenge, because this is the last you’ll hear of it from me. Fingers crossed it will pass quickly and we can all get back to watching our regularly scheduled YouTube makeup tutorials!