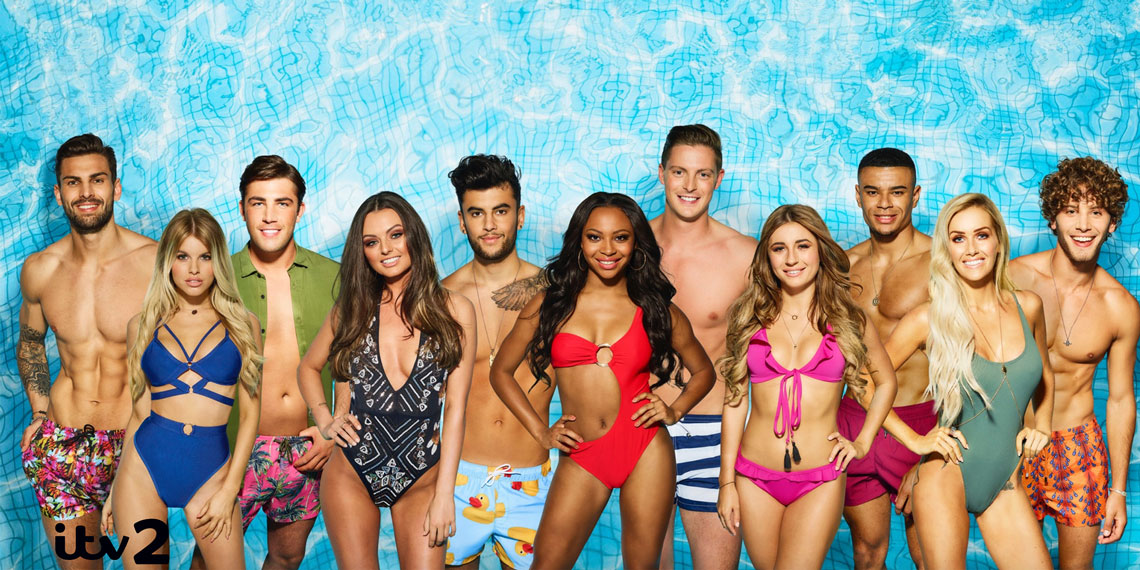 What Is ‘Love Island’, Why Is It All Over IG & Should You Watch It?

We here at Betches are no strangers to reality TV. The Bachelor franchise, The Real Housewives of any city, Vanderpump Rules—you name it, we’ve watched it, written about it, talked to the stars, and then inevitably offended them. Given that, I thought I’d seen it all. I was under the impression that the world of reality TV had nothing left to offer me. Man, have I never been more wrong in my entire life. It gives me sincere pleasure to introduce those of you who are unfamiliar to the UK’s single greatest export: Love Island.

Love Island is a British reality TV show currently in its fourth season that I started watching a couple weeks back while I was testing out a CBD drink. Needless to say, I was in the ideal headspace to embark on this adventure.

I only know about Love Island because I follow a hilarious girl on Twitter who talks about it nonstop, but you might know it from your Instagram explore page. On any given day, I feel like there are at least five memes about it, and I set out to find out why. My greatest regret is that I will never be able to truly repay the girl who introduced me to Love Island, but will spend the rest of my life trying. I will name my first child after her. I will bring her up in my wedding vows. Bolu, if you’re reading this, you have given my life renewed purpose. Thank you from the bottom of my heart.

The premise is this: Love Island is like if you combined Bachelor in Paradise (a bunch of hot single people stuffed into one vacation resort), Big Brother (because the audience gets to occasionally vote people off), and The Challenge (because the challenges are forced and unnecessarily sexual), but then you went one step further and gave everyone a British accent that range from Downton Abbey to the barely coherent ramblings of what I now understand to be someone from Liverpool. I physically cannot get enough of it.

The show is hosted by Caroline Flack, who, from my very limited understanding, seems to have a Ryan Seacrest-esque role in English pop culture. I only know who she is from the height of my One Direction days, because she was allegedly hooking up with a 17-year-old Harry Styles when she was 15 years his senior. I have nothing but admiration for the woman.

The Flack only shows up for the semi-regular occasions when Islanders are being voted off the show, a ceremony she presides over only after at least three people comment on how hot she is. It’s hard to watch people achieving your dreams, you know?

Me: Love Island is everything that Bachelor in Paradise wishes it could be.
You:

I can’t speak to seasons one through three (yet), but season four started with 11 islanders who were forced to couple up and then immediately share a bed while they wrestled with their feelings (or lack thereof) for each other. But wait, it gets better—all the beds are in ONE ROOM. The only way to switch bedmates is to re-couple, a process that usually results in someone being sent home. New islanders are introduced throughout the course of the season which, wait for it, lasts all summer long. That may sound pretty par for the course for a summer dating show, until you find out that a new episode airs almost EVERY DAY OF THE WEEK.

If Shakespeare were alive to experience the comedy of errors that is Love Island, he would immediately break into tears because he himself had not thought of it first. Love Island is a modern day Midsummer Night’s Dream, except it lasts an entire summer and instead of fairies we have alcohol and a spiteful narrator who exists solely to mock the contestants.

On the surface, Love Island may just sound like an absolute sh*t show made up of outrageously attractive people making uncannily poor decisions, but it’s so much more than that. Unlike The Bachelor, where someone goes on two dates over the course of six weeks and then declares themselves to be head over heels in love with a near stranger, the contestants on Love Island approach relationships in a way that is eerily authentic. Beware, spoilers ahead.

You could have your faith in love rocked when a couple like Wes and Laura, who have been solid from day done, immediately fall apart the second that a Margo Robbie look-alike expresses even the slightest bit of interest. You could have that faith restored as you watch Dani, the daughter of an actor, and Jack, a man with very white teeth who sells pens, fall in love on national TV before your very eyes! I am not exaggerating in the slightest when I say that I would go to war for them.

You could find yourself sympathizing for Georgia when Josh abandons her for a girl he meets at Casa Amor, just days after she tells him she’s falling for him. You could then find yourself remembering why Georgia deserves almost zero sympathy as she turns on her friends and then yells “I’M G, I’M LOYAL, I AIN’T LIKE THAT BABES” into the camera for six straight hours.

You could find yourself screaming at your TV, wondering why the hot, well-spoken, kind, literal DOCTOR has found himself single week after week when the shitty personal trainer who has screwed over two different girls in the span of 11 days is still plowing through women. You could find yourself equally upset over the fact that the shining star of this show, Samira, is woefully under-appreciated amidst a sea of girls who are not as funny as her. Then you remember your own life and you’re like, wait, that adds up.

Basically, watching this show is just as painful and fascinating as watching your friends date, but in this case every single one of your friends is an Instagram model who says things like “bruv”.

Should you watch Love Island? Obviously. Will you love it? Maybe. Will you mock me in the comments for passionately ranting about it for almost 1,000 words? Undoubtedly. But that doesn’t matter, because I have Love Island, and honestly? That’s all I need.