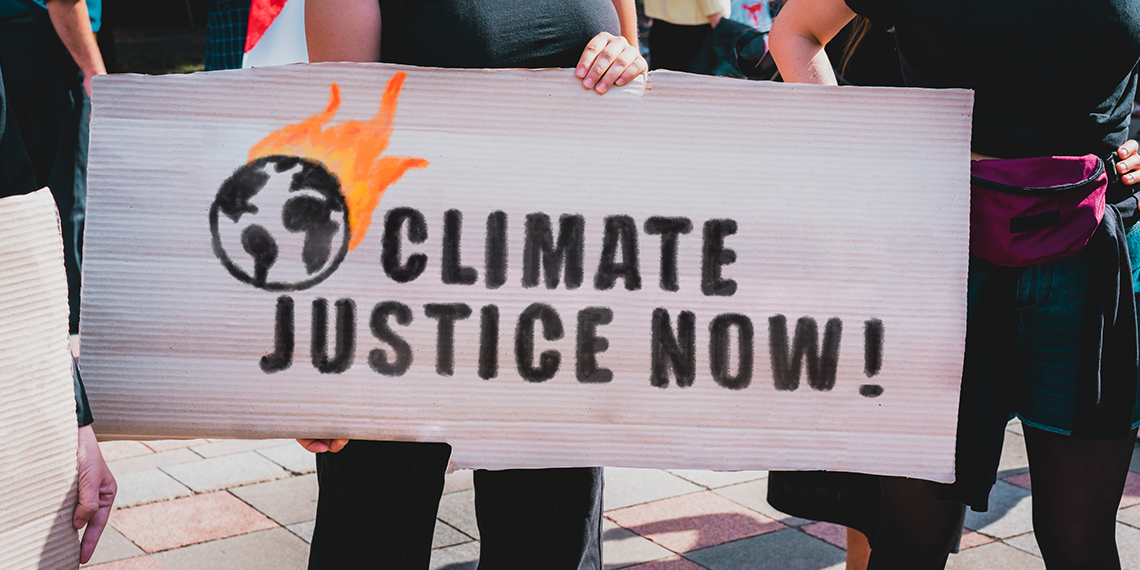 What Is Environmental Injustice, And Why Is It A Problem You Should Care About?

Fighting systemic racism is not limited to ending police brutality and voter suppression; an often overlooked aspect of racial inequality is environmental injustice. Environmental injustice, defined as “the fact that some communities or human groups are disproportionately subjected to higher levels of environmental risk than other segments of society,” often goes unnoticed because environmental activists have feared for some time that “concerns about racial justice would distract from efforts to reduce emissions.” This is a problem, because this mentality has allowed for the shunning of the very group who is impacted most by environmental problems.

I spoke with sustainability consultant, blogger and video creator Jhanneu Roberts to learn more about the unjust factors that contribute to environmental racism and why we should care about it. Here are the top five.

1. Race Is The Number One Contributor To Whether Or Not You Live Near Toxic Waste

According to one horrifying statistic, each person dumps seven pounds of material in the trash every single day. While some of us never come face-to-face with America’s trash problem, not everyone has that luxury… or should I say, privilege.

“A landfill would never be in a rich white neighborhood,” explains Roberts. “You’ll never find a whole bunch of trash or dirty streets there, but you’ll find that on the south side of Chicago, because certain things are just unacceptable in certain areas. So when it’s acceptable in low-income communities of color, but not in rich, white areas, I think it’s just very clear that there’s injustice there.”

A study published in Environmental Research Letters found “a consistent pattern over a 30-year period of placing hazardous waste facilities in neighborhoods where poor people and people of color live.” Take West Jefferson, Alabama; LaPlace, Louisiana (an area otherwise known as “Cancer Alley”); and Chester, Pennsylvania as examples, though there are many more low-income cities and towns being impacted by toxic waste sites. “Cancer Alley is an 85-mile mile stretch of pollution that runs along the Mississippi River from New Orleans to Baton Rouge that’s made up of a bunch of oil refineries and petrochemical plants producing plastic,” says Roberts. Ingesting these toxins and being surrounded by polluted air can lead to an array of health problems (shocker!), and in the worst case, death. “The cancer rate there is 50 times higher than the national average. So when we talk about plastic, we have to tell the whole story of it, and not leave out the fact that it’s polluting certain environments more than others.”

Unlike in affluent neighborhoods where you have the pleasure of throwing out your trash and not having to think about where it goes afterward, low-income communities don’t have the same waste systems. “All of this just goes back to segregation, where Black people lived in one area, white people lived in another, and of course they’re going to put these toxic facilities in the low-income Black minority area,” explains Roberts. A 1990s regulation created to limit the number of local landfills “led to a rise in private companies transporting commercial waste across state lines.” And we can guess which group carries the burden of this transported waste from various states.

Ingesting toxins from leftover trash can lead to a multitude of health problems including air/water pollution, respiratory diseases, infections, and much more. An even more glamorous result of all of this excess trash is vermin. “If you go to the projects, you’ll see mice and roaches and rats all around,” explains Roberts. “And these critters are carrying all these toxic things in them. That impacts your health.” Besides being undesirable to look at, these critters can indirectly transmit diseases through the transportation of parasites like mites and ticks, according to the CDC. Rat problems are also linked to depressive symptoms, as found in a Johns Hopkins study.

3. Black Americans Living In Low-Income Communities Don’t Have The Same Access To Nutritious Food, Which Has Broad Negative Implications

Affordable, easy access to nutritious meals—which are important for maintaining a healthy weight and reducing the risk of type II diabetes, high blood pressure, high cholesterol, cardiovascular disease and some cancers—is unfortunately not a convenient or affordable option for everyone. For example, as Roberts explains, “If I wanted to go to a good, healthy grocery store as a kid living on the south side of Chicago, I’d have to take an hour and a half bus ride.” Traveling so far via public transportation is completely unrealistic for working people with families.

“It shouldn’t take that long to get healthy food,” she continues. “I did a post on people not having access to grocery stores in food deserts and someone was like, ‘I don’t get why they can’t just take public transportation!’ But imagine if you’re a single mom, working two jobs—you shouldn’t have to be on the bus for an hour with your three kids trying to get groceries. No one should have to do that.” In these areas which are often referred to as food deserts, many families rely on convenient and affordable fast food and cheaper grocery options that tend to be more processed.

4. There Is Unequal Representation In The Sustainability Movement—Which Leads People To Think You Have To Be A Certain Type Of Person To Practice Sustainability

Only until recently did sustainable brands and people passionate about sustainability start posting about environmental justice. “Everyone that talks about sustainability is white. It’s important to have diverse faces talking about these issues if we want to actually solve the problem,” says Roberts.

The proof is in the pudding: after being called out for racist practices, a well-known sustainable clothing brand reached out to Roberts to do a post on their IG page on environmental justice. “But that’s just putting a Band-aid on it if you just want me to come on for one video and call it a day,” says Roberts. “If you’re going to work with me, or any other person of color, it has to be some sort of contract, because then that tells your audience, Okay, we’re trying to earn your trust back and not just put Black faces to seem like we’re inclusive.” Roberts suggested a few different ongoing ways for her and the brand to work together (such as consulting and becoming a part of their diversity board). And not a word was to be heard from them ever again! Where’s the actual behind-the-scenes effort from brands in creating equal representation? “All these brands are under scrutiny because of racism and not including any Black people at the table,” continues Roberts. “These issues wouldn’t have happened if the people making these decisions had been a diverse group in the first place.”

What Can I Do?

“I think a lot of people just don’t know these things even exist, and how can people help if they don’t even know it’s a problem?” says Roberts. “Make sure you bring these into conversations with your other white friends. And if they’re ever saying something that’s ignorant, take the time to educate them on why what they’re saying is wrong. I feel like the conversations have to start at home, because if you’re not having them with your family members or friends, then how are we really going to shift the broader conversation?” So have those difficult discussions, educate yourself online, and make an effort to shift the mentality in your day-to-day.

As far as more tangible actions we can take, see below for a list of people to follow, organizations to donate to, bills to support and black-owned sustainable brands to shop from.

Organizations To Donate To:

– WE ACT – An organization created to build healthy communities by ensuring that people of color and/or low income residents participate meaningfully in the creation of sound and fair environmental health and protection policies and practices.

– Stop Formosa – A collection of resources and organizations fighting against Formosa Plastics, which wants to build a massive plastic factory in the region known as “Cancer Alley”.

– The Power Shift Network – A network mobilizing the collective power of young people to mitigate climate change and create a just, clean energy future and resilient, thriving communities for all.

– The Environmental Justice COVID-19 Act (under the HEROES Act) – This bill would provide $50 million for environmental justice grant programs to monitor pollution and investigate COVID-19’s impact in frontline communities. It has not yet been approved by the Senate.

Brands To Purchase From:

– KINTU New York – Handbags designed in New York, co-developed with global artisans, and made in Italy.

– The Narativ – Sustainable, ethical, social-good house of artisan brands from around the world.