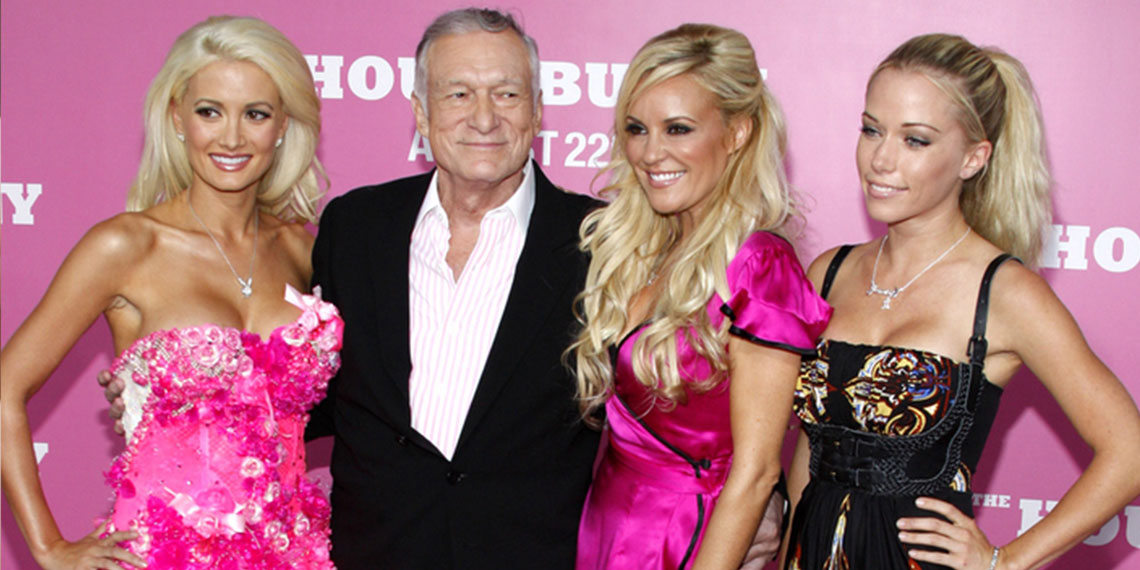 What Happened To Our Favorite 2000s Reality TV Stars?

The early 2000s were a magical time of Abercrombie miniskirts, chunky highlights, weird tiny vests, and of course, some of the trashiest reality TV that has ever existed. There was nothing better than gasping in horror at that week’s episode of A Shot at Love and posting about it on Myspace, where you’ve been friends with Tila Tequila for like, ever. Or watching Viva La Bam at your boyfriend’s house after school and losing your sh*t at the many hilarious pranks they pulled. Who didn’t have a crush on Ashton Kutcher after seeing him be so funny and charming on Punk’d?  Simpler times. Now that we’re almost to the 2020s (wtf?), what’s become of our favorite trash reality TV stars? I did some research.

Forget about the Kardashians, we have The Osbournes to thank for reality TV as it is today. This was the most popular MTV show of all time, and from what I remember, it consisted of Sharon yelling at Ozzy, Ozzy mumbling incoherently, lots of bleeping, and their goth vampire children Jack and Kelly. Also, there is a third child, Aimee, that the family pretended didn’t exist on camera, which I think is so weird and hilarious. Since the show, Ozzy, in typical rock star fashion, f*cked his hair stylist, leading him and Sharon to separate, then reconcile. then renew their vows. Ozzy, Kelly, and Jack all had issues with drugs and alcohol, and are all currently sober. Ozzy was recently hospitalized for complications from the flu, but is doing okay now. TBH, how is that man even alive?

Jack has two kids, deals with MS now (which is extremely sad), and is on a TV show I’ve literally never heard of with Ozzy called Ozzy & Jack’s World Detour. Apparently they go around the world and talk about history? That’s who I want as a history teacher, The Prince of Darkness that I can’t even f*cking understand. Kelly put down the eyeliner and has evolved into a TV personality, style icon, and a judge on Project Runway Junior. Sharon is a host on The Talk, which I can’t believe is still on.

‘The Girls Next Door’

The Girls Next Door was total trash, following Hugh Hefner’s current favorite girlfriends and their lives at the Playboy mansion. It was a lot of bikinis and photoshoots, from what I recall. The show originally starred Holly Madison, Bridget Marquardt, and Kendra Wilkinson. There were eventually replaced with even younger blonde versions for the final season. Anyway, all three OG girlfriends got their own spin-offs from this dumpster fire, so I guess it was a solid career move on their parts. Holly Madison was the “main” girlfriend, and later wrote a book (that I definitely read in college) exposing Hef’s abuse, the drugs, and the super creepy group sex with Hef. F*cking yikes. She is now married, has a kid named Rainbow (wtf), and had a Vegas burlesque show. Bridget Marquardt was always the one who seemed to be there for no reason, and she didn’t seem to know why she was there either. She’s now married and trying to get pregnant, so good for her. As for Kendra Wilkinson, her trash husband very publicly cheated on her in 2014 with a prostitute. They milked it heavily for their own reality spin-off, Kendra On Top, and later, Marriage Boot Camp. Shockingly, cheating men just need to be thrown away, and they couldn’t work it out. Their divorce became final last month. Kendra has recently been spotted with none other than THE CHAD from The Bachelor franchise. She really knows how to pick them.

‘A Shot At Love With Tila Tequila’

Why was everyone friends with Tila Tequila on Myspace before this show even happened? Like, what need did I have in my adolescence to be internet friends with random adult women? We all were friends with her and that one makeup artist chick whose name was like ForBIddEn (or something—what happened to her, did she die?). It was a weird time. Anyway, soon after, Tila got her own dating show, which was super groundbreaking because ~gasp~ Tila was bisexual. This was huge in the reality TV world, and therefore Tila was able to find the thirstiest people alive of both sexes for it. BTW, I have no memory of any of these contestants, but Wikipedia has a chart with why each one got eliminated, which is hysterical. After the show, Tila’s life went insane. She attempted suicide a few times, overdosed, did porn, claimed to have superpowers, decided she was an alien, became a Nazi, then claimed to be Hitler reincarnated, had a child, dressed that child up as Hitler, openly supported Trump, announced that the Earth was flat, said a bunch of more Nazi stuff, got into Satanic rituals, and then had another baby. So. She’s been busy. Also, someone please call CPS.

On Punk’d, Ashton Kutcher revealed that he wasn’t just attractive, but also super funny. I loved watching him make celebrities like Justin Timberlake or Frankie Muniz cry. Ashton had a slew of actors on the show that would help with pranks, but I remember Dax Shepard and Ryan Pinkston the most. As everyone knows, Ashton went on to have a continually successful acting career, and ended up marrying and having kids with his That ’70s Show love interest, Mila Kunis. Dax also became a successful actor and married the most adorable person and sloth lover in the world, Kristen Bell, and they have two kids. And tiny Ryan Pinkston was an extra one time on Hannah Montana  and then faded into the abyss. So. Not as good as the other two. Apparently BJ Novak got his start on Punk’d too, yet I have no memory of him on it??? Anyway, everything also worked out from him, from his successful writing/acting career, The Office, and also possibly impregnating Mindy Kaling, whom I adore.

This show was mostly skateboarding and pranks. I only watched because I thought Bam Margera was super hot, thus proving that I always had sh*t taste in men. He was borderline abusive to his parents and his uncle, but that part is actually fine in retrospect, as the uncle went on to be a f*cking pedophile. Bam also made a really big deal of his wedding to Missy Rothstein. It had its own MTV special called Bam’s Unholy Union. They divorced five years later due to Bam’s cheating, surprising no one. Since the show ended, Bam’s life has been a mess of DUIs, arrests, rehab, herpes, meltdowns, and public fights. Just last week, Bam was supposed to perform at a comedy club, but it got canceled because he got in a fight with his current wife. She stole his credit cards, he filmed a video calling her a “street ho”, and then he threatened his manager. He subsequently threw a tantrum because there weren’t enough people at his show, but it was several hours before it was supposed to start. The club canceled his gig, and as of yesterday, Bam is on his way to his third stint in rehab.  Okay, see, this is exactly why I don’t date.