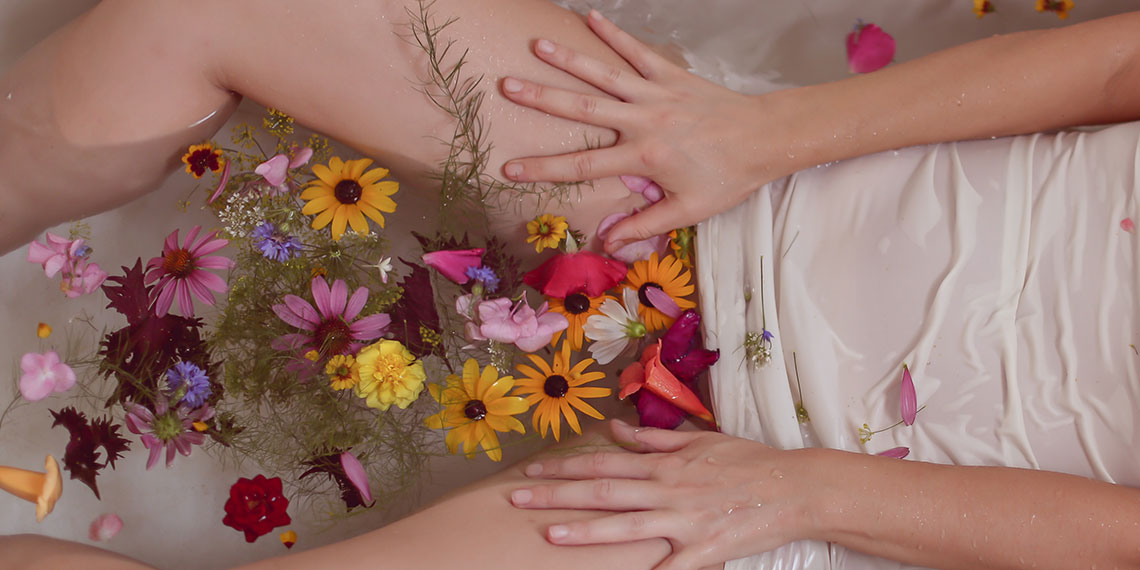 It’s no secret that pregnancy causes changes to the body (and if it is a secret, glad you’re here, and get ready for some eye-opening truths). Many moms worry about whether or not their figure will #snapback to their pre-baby shape. Typically, OB-GYNs advise new moms to wait six weeks before any moderate exercise. But, what about the vagina? After that six-week-wait, will it, too, snap back to pre-baby vigor and beauty after giving birth?

Golden Girl Betty White once joked: “If you want to be real tough, you should grow a vagina. Those things can take a pounding.” That’s particularly true of the V during a vaginal delivery, during which it accordions to give way to a  bouncing baby.

But even the tough-as-nails vagina has its breaking point. For instance, the 3- to 4-inch long organ can, on the outside, suffer vaginal tears during labor. And, unbeknownst to new moms, problems can arise weeks after delivery day.

“It’s not even about the tear ,” says Dr. Amir Marashi, an OB-GYN, cosmetic gynecologist, and author of A Woman’s Right to Pleasure. “A lot of people get scared like, ‘Oh my god! I got, like, a first-degree tear.'”

“Of course, it’s worse when you get a third or fourth-degree tear,” but muscles that comprise the pelvic floor, he says, are an even bigger concern. Before specializing in cosmetic gynecology, Marashi says he delivered lots of babies and often saw how unkind childbirth could be on the vagina. Because of that, he would take extra time and care to stitch women up post-delivery. His colleagues dubbed him “Vagilangelo,” and “The Vagina Whisperer.”

Will It Snap Back?

“What happens when you stretch a rubber band and let go? It goes back to normal. But imagine for five hours, you’re holding this rubber band, stretched. When you let go, it never goes back to the normal shape,” says Marashi. “Now, as your rubber band gets older, you’ll see little cracks on it, too. The same thing happens to us and the vagina.” Actually, it’s kind of like Mick Jagger’s face. The moves are still there—just with a little extra skin flapping in the wind.

“As you get older, you lose collagen and the muscle that stretched and the microtears—even if you don’t get the tear—there are microtears inside this muscle.” The loss of tone and strength can be moderate and subtle for some women, says Marashi. In others, having one or multiple children can have a life-altering ripple effect.

How Will It Look?

Pre-baby, your lady parts may look like a cute little smooch. But afterwards, you might be looking more like an influencer who’s gone without their lip injections for too long. That’s normal, so don’t freak out. The exterior vagina can take on a different size and shape postpartum, too. “Patients tell me that the outside looks not as pleasing as it was before because it’s stretched out.” The vaginal opening can be wider, and the labia minora (or the tinier lips) can be elongated, while the labia majora, the fattier outer lips, can wrinkle. Marashi and other cosmetic OB-GYNs specialize in doing a face-lift of sorts down there, but more on that later. But in extreme cases, women can be diagnosed with cystocele, or the bladder’s prolapse into the vaginal canal, or rectocele, the bulging of the rectum into the vagina. Either prolapse can be so severe that the resulting bulge can hang outside of the vaginal opening. In that case, Marashi says he will perform a pelvic floor reconstruction to put the goods back in place.

How Could Your Sex Life Be Impacted?

Many of Marashi’s patients are mamas who complain their lady parts are looser postpartum, and that sex with their partners doesn’t bring them to orgasm. (While there can be many causes for lack of sex drive, if you’d rather do a crossword puzzle, or it’s been a while since you’ve done the deed with your partner, you might want to get that checked out.)

As the pelvic wall thins, the perineum—or the area between the vaginal opening and the anus—becomes shorter. The vagina, which naturally slopes downward, now flattens and becomes tunnel-like. “Now, the entrance of the vagina is lower,” says Marashi. In vagninal sex, an erect penis rubs against the nerve-ending rich top wall, home of the elusive G-spot.

But in a vagina that has lost its tone, getting it on can be a bore, no matter what type of sex you’re having. When that happens, “you don’t feel sex and internal orgasms as much as you used to feel it,” says Marashi. “ still tell me that the clitoris gets stimulated, but sometimes, after two or three kids, that they don’t feel anything. There’s not as much friction.”

Marashi says he has three popular procedures mamas can choose from to get their mojo back and look like a blossoming Georgia O’Keeffe painting. His most popular request, he says, is a vaginoplasty, a veritable face-lift for the lady garden. The hourlong surgery, which carries a $7,000 price tag, is the most invasive of the three and involves deep muscular cutting and stitching. Patients can’t have sex for six weeks afterward while the surgery site heals. There’s also a $3,500 outpatient procedure he calls the Vagilangelo, which involves a few sutures and the injection of platelet-rich plasma, or PRP, directly into the vaginal tissue. There is also less invasive and nonsurgical laser resurfacing ($1,000 per session). For moms who lost volume in their labia majora, Marashi says he can inject a patient’s own fat—often while joining fellow plastic surgeons on a mommy makeover procedure—into the area to plump it back up.

…Or Not To Fix

If a woman’s postpartum vagina looks and feels different, it doesn’t necessarily warrant a trip to an OB-GYN—unless, of course, the changes interfere with her quality of life. “Your vagina will look different, anatomically, no question about it, but it’s not wrong for the vagina to be looser,” says Marashi. A woman’s sex partner should also be supportive of the change, but if that comes with difficulty, there’s sex therapy, trying different positions, and sex toys to bring back the spice. And for those moms who want things tighter but don’t want to go under the knife, Marashi has a simple prescription: Kegels, and lots of them. “I actually want to start while pregnant and continue. I tell them 20 times, three to four sets. If you can hold a kegel for seven to 10 seconds, that’s really good,” says Marashi. “But I don’t really care how long they can hold it. With time, it’s going to get better.”