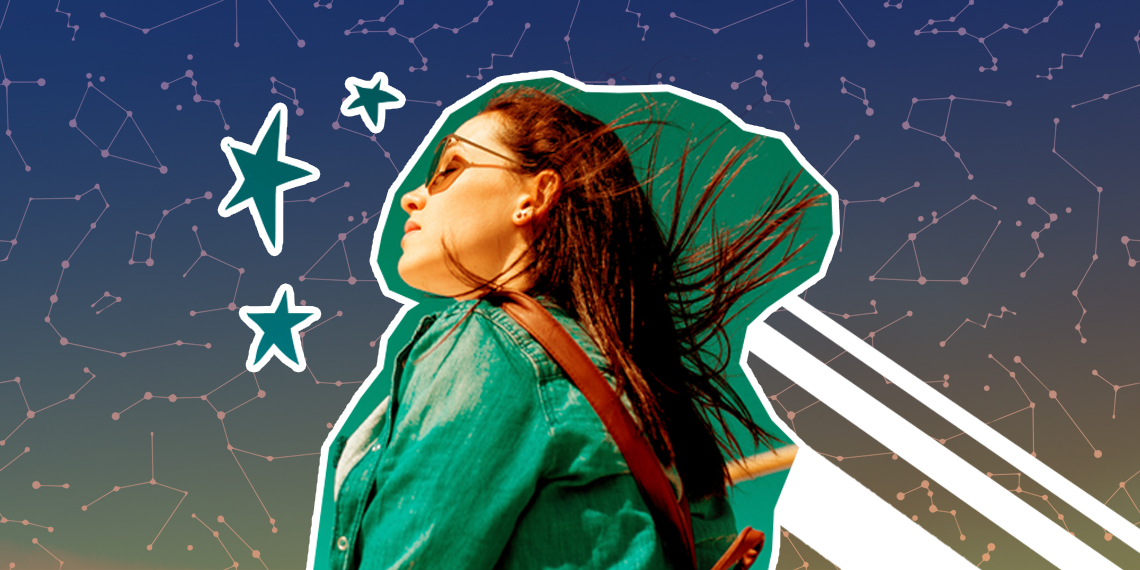 Ugh. It’s f*cking Scorpio season. Everything’s about to be super annoying for the next four weeks. (But the psycho Scorpios in your life will tell you it’s a “passionate” season. Riiiight.) Basically, sh*t’s going to be intense AF until November 21. Until Halloween, Venus is in retrograde, aka you’re prob going to black out and text your ex, or hit up someone who ghosted you with a “u up?” DM. There’s also going to be a full moon on Wednesday, which is essentially the moon of realizing things. There’s just like, a lot going on here. Here are your weekly horoscopes for October 22-26.

Scorpio season is giving you a chance to pull your financial life together. Well, kind of. When the sun moves into Scorpio and opposes Uranus on Tuesday, you’ll find a creative way to fix the financial issues you’ve been experiencing lately. Just like, don’t fall into an Instagram multilevel marketing scam, or something.

Buck up, Taurus. Wednesday’s full moon might make you a little unstable, so just be aware. If you feel like you’re spiraling, try opening up and chatting instead of hacking into bae’s phone when you get the chance. I know that sounds sh*tty, but any potential psycho behaviors could shake up your relationships, so stay levelheaded, even when you feel like doing something that feels out of character for you.

This intense Scorpio energy is about to come in clutch if you’re looking to change something that’s making you unhappy. Maybe you’ll finally start that workout plan you’ve been stalking on Instagram. Actually, you probably will. You definitely have the potential to be unstoppable rn. Just like, consider paying for those classes month-to-month rather than forking up the money for a year upfront. You’ll want the flexibility so you don’t feel locked into your new plans forever.

You know when you find yourself randomly tearing up over something you normally wouldn’t care about and then realize it’s not your fault because you start your period the next day? That’s basically how things are going to go this week during the full moon. When you’re wondering why you’re feeling sensitive AF, it’ll all come together when you’re tapping through IG stories on Wednesday night and see a sh*tty boomerang of the full moon. For the sake of everyone involved, give your love life a break this week.

You have a ton on your plate this week, Leo. Try to get as much done as possible at the beginning of the week, so you don’t have to stress about it once it’s all piled up later. When you catch yourself online shopping at your desk, ask yourself if you actually want $200 worth of skin care products you don’t actually know how to use, or if you’re just spending to blow off steam.

Is your bedroom covered in endless piles of laundry? Maybe your inbox has a million unread messages, but most of them are expired promotions from stores you don’t shop at and invites to events that have already passed. Either way, it’s time to wade through some of the junk that’s filling up your life and clear it TF out.

The sun is making an intense move into your zone of finances on Tuesday, which for you, Libra, means it’s time to stop buying more pairs of underwear because you’re too lazy to do laundry. In fact, it’s probably a good idea to go through all the stuff you do have and see what you can purge. Bring the clothes you’ve stopped wearing, or haven’t even ripped the tags off yet to a Plato’s Closet or throw them up on Poshmark. You can totally turn this around to a way to make some extra money.

It’s Scorpio szn, you Scorpion betch. Your life is kind of crazy right now, but you’re totally in control. It’s kind of like the IRL version of when a contestant on Chopped is running around like a maniac, but then actually pulls off something bomb. The Uranus full moon can make everything even more off-kilter than you may have imagined, meaning you may be in for some surprises. Like I said, you’re still in control, so if you’re open to going with the flow, everything will fall to your favor. In other words, if the karaoke bar you’re trying to book for your birthday shut down recently, you might find yourself throwing the event somewhere even better.

Remember when Spencer Pratt became obsessed with crystals and everyone started liking him and Heidi again? That’s kind of the inspo for your week as Scorpio hones in on your spiritual zone. You’ll start to discover some of your not-so-awesome tendencies that may be holding you back. (Carelessness, superficiality, impatience, anyone?) But, whatever. Don’t be down about some of your lame qualities. You’re super self aware rn and can find a way to work out your issues.

Your social life is dope this week. This is great news for you, because you’ll have lots of fun. Just watch out for other people and their weird energy. If the thirst trap you’re eyeing at happy hour comes over and says something that rubs you the wrong way, don’t immediately write them off. The spark between you two might just be firing off in an unusual way because of the week’s unexpected mood.

Remember when I said Scorpio season makes sh*t intense? Well, this is the stuff you live for, you weird-ass water bearer, so you’re really about to shine for the next four weeks. You have a tendency to be unpredictable, but your curious nature can make things interesting with energies like this. Go ahead and soak up all the attention you’re getting, and try to milk this weird time to be as creative as possible.

The sun’s moving into Scorpio and honing in on your travel zone. You may be feeling inspired to quit everything and start your own travel blog, but try to avoid doing anything on a whim. (Especially becoming an influencer. The industry is oversaturated! I’ll save this rant for later.) A long weekend or a close-to-home adventure might be just enough to soothe your—don’t make me say it—wanderlust. There are definitely some dope Instagram opportunities in your near future.