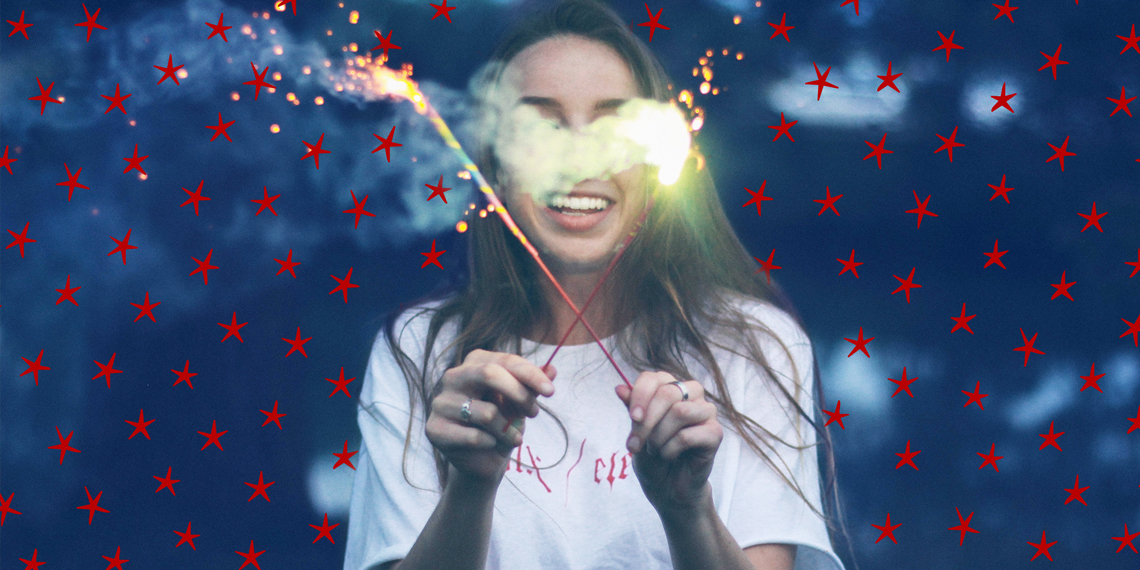 How Should Your Sign Spend July 4th? Weekly Horoscopes For July 2-6

There’s like, a lot going on with the planets right now. Mercury and Venus are in Leo, which means it’s a great time to vacation—Mercury gets you out of the house and Venus makes you social in bold Leo. Meanwhile, Jupiter is in Scorpio, Saturn is in Capricorn, and the Sun is in Cancer. You just have to read on to find out what all that really means for you. Oh, and pay attention because you need to know if you’ll have a fun or shitty Fourth of July. Here are your weekly horoscopes for July 2-6.

Venus makes you creative while Mars helps you reach your goals this week. That means whatever holiday themed Pinterest project you pick out will most likely be a success. I mean, be reasonable about it. If you’re not particularly crafty, just stick to red, white and blue Jello-O shots. No one cares if you fuck those up by adding too much vodka.

Venus clashing with Pluto this week might give you anxiety about relaxing and partying while you know you have other shit to do. Um, if the universe wanted you to work at all this week it wouldn’t have put the Fourth of July on a Wednesday. You’re basically defying the planets if you feel bad about taking a full five-day weekend.

Your ruler Mercury and Venus make you super fucking charming this week. You’ll be your most impressive, so don’t let it go to waste. It’s time to prove how hot and wanted you are to that guy you ghosted but kind of want back or an ex who started dating someone fugly and weird. Don that American Flag bikini and blast Katy Perry’s Firework, because it’s your time to shine.

Pump the breaks on throwing yourself at your love interest this week. The Sun in your sign is at odds with Mars in your intimacy zone, so even if you end up in bed with that special someone, it could turn awkward really fast. If you’re a drunken mess around crushes, maybe don’t invite yours to your chosen Fourth of July actives. Beautiful romantic encounters await you, just not this week.

For a week where nothing will get accomplished at work, you sure are thinking about your career a lot. With Venus clashing with Pluto in your house of employment, you could question whether your physical appearance is an asset or liability. Sure, you’re hot AF, but are your coworkers taking you seriously? Take the lessons of Legally Blonde to heart. Babe, you don’t need to change a thing about yourself to be a boss.

The Sun continues to give you a lot of energy in the week ahead. That’s great news since July 4th is on a Wednesday and you need the stamina to party all the way through the weekend. Also, stock up on the sunscreen. Lack of SPF on Wednesday could leave you with an insane burn, causing you to miss out on the weekend fun. Lobster is for rolls, not a skin color.

The position of Mars makes you weirdly competitive. Keep your ego in check so you don’t make things awkward around the pong table. It’s all fun and games until you freak out during a game of flip cup because Brittany is too fucking drunk to get her shit together. If you can’t play nice, maybe just don’t play at all.

Venus and Pluto are at odds in your communications zone, which means you won’t be able to get away with the normal shit you say this week. Whether you’re around a new crowd for the Fourth or you start testing out new material with friends, an off-color joke could ruin the party for some. It’s best to stick to the classics or not talk at all. Keep a drink pressed to your lips to prevent them from doing too much flapping.

You’re thinking a lot about your finances. Even though you shouldn’t be working more than, like, two days this week, it’s not a bad time for you to make some career moves. Ask your boss for shit (like a raise or extra vacation days) on Tuesday when they’re thinking about their weekend plans in Amagansett and not the company’s bottom line. Mars makes you bold and powerful, so get to it girl!

You start the week out very intense. Luckily, you have a mid-week holiday to look forward to so you can chill the fuck out. Watch how you act around your significant others or coworkers. Your passion could be misconstrued if others think you’re coming on a little too strong. Also, don’t be the person turning your coworkers in for showing up late on Thursday. It’s punishment enough they have to work at all.

Your fear of emotionally connecting with others is holding you back. Sure, sometimes you feel like the only thing you get emotional about is RuPaul’s Drag Race, but someone who wants to get close to you needs more than that. It’s a great week to grab some liquid courage and make shit up about how you had a traumatic fireworks accident as a child to make others feel like you’re relatable.

Venus is in your work zone this week. Awkward. Like, doesn’t she know this is a holiday week so no one is working? Whatever. The planets make you passionate for finishing projects and reaching your goals. It’s okay to take your eyes off the prize to relax and have some fun for the Fourth of July. Believe me, all your shit is still going to be there next Monday.