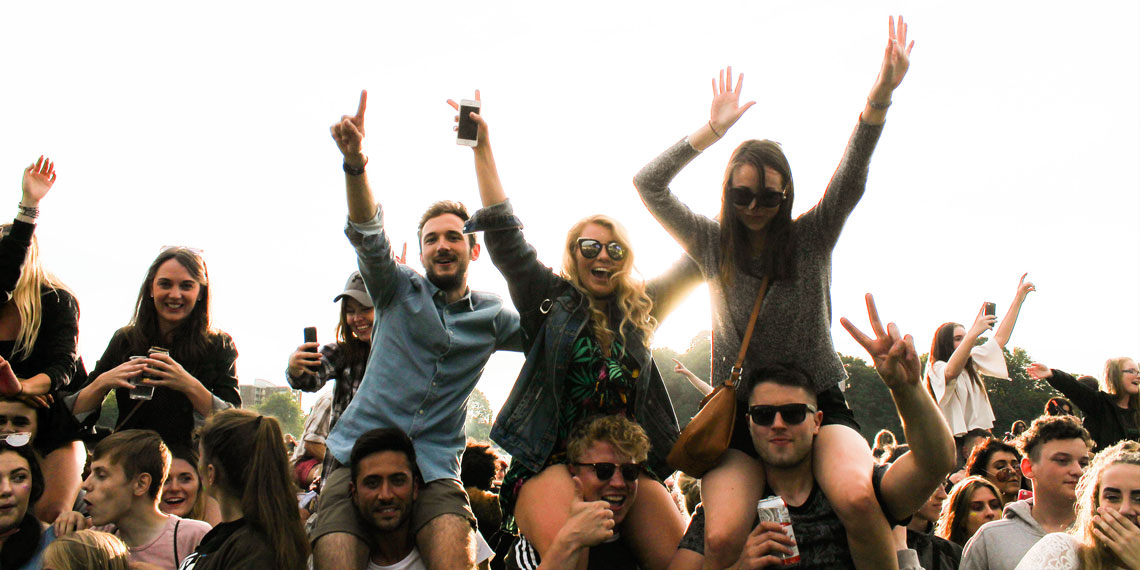 Only Here For The Tailgate: Weekend Horoscopes For September 7-9

This weekend the Moon is in Leo, bringing out a side of you that’s loyal, proud, and playful. Even if your school included something terrible like orange in its color palate, it probably behooves you to rock your team colors to show off that loyal, proud, and playful side, right? The other planets are keeping things pretty chill this weekend, so there’s not a ton to watch out for—other than your ex with his new girlfriend at the tailgate. Here are your weekend horoscopes for September 7-9.

This weekend seems fine, but the New Moon on Sunday could shake things up for you, so you might want to prepare for that. New Moons can open the door to a major upgrade at work or in your life in general. So if Kevin ditches you at the pregame, don’t sweat it because there’s probably a richer, hotter guy waiting for you at the party. Also, why were you hooking up with a guy named Kevin? Ew.

Sunday’s New Moon pushes you to find new ways to express yourself. You might get a whim to start a blog or a new Instagram account or whatever. While you may think it’s a good idea right now because you have a lot of free time, remind yourself that that’s probably going to change in like a month when classes or work pick back up. Save yourself the embarrassment of a failed blog by not starting one in the first place, k?

Mercury, Saturn, and Uranus team up this weekend to make you act on an inner desire you’ve been keeping secret. Make out with that nerdy hot guy from Chem 101. Let your freak flag fly with your friends and family. Release your inner horse girl by signing up for riding lessons. Whatever you’ve kept on the DL needs to be set free.

Communicator Mercury working with Saturn and Uranus will energize your people zones this week. No, that’s not a euphemism or a sex term I just made up. People with different sets of beliefs will look to you to be a uniting factor. If your family is divided over football during some type of rivalry game or some sh*t, I guess it’s up to you to remind them that it literally does not matter at all in the grand scheme of things whose pile of dudes is better at jumping on another pile of dudes. That’s sure to make you friends.

Sunday’s New Moon is all about hitting the reset button for you. Everything starts over again in the fall, basically, so you have another opportunity to make more resolutions you won’t keep. This weekend you should set some financial goals. Maybe try not to spend all the money you should be saving on new Juuls since you lose yours every time you drink. Really, Jessica? Get it together.

Sunday’s New Moon happens in your sign. The Sun is also still in your sign, because, duh, it’s your birthday month. That being the case, your confidence level can empower you to do something you would normally find daunting, like picking the restaurant for the group or being responsible for buying concert tickets when you know full well you’ll have to hunt everyone down for their Venmo payment.

Planets stacked up in a hidden part of your chart means there’s a lot going on behind the scenes with you. Sure, you’re putting on a happy face and doing keg stands with the rest of the gang, but your head isn’t really in the game. It’s fine to use Sunday’s New Moon as a jumping point for some deep introspection as to what’s actually up with you.

This weekend’s New Moon moves from Leo to Virgo, inviting new people into your social circle. You’re not the biggest fan of newcomers to the group, but letting your guard down might allow you to develop strong and beneficial connections. You know, like maybe one of them has access to a really nice ski cabin and winter is right around the corner. That’s what I call a friend with benefits.

Sunday’s New Moon offers you the chance to reset your reputation. Maybe this is the year you can drop that terrible nickname you earned in college. Maybe your bosses will take you more seriously now that you can afford to shop somewhere that doesn’t have a number in its name. Use this opportunity wisely, as second chances aren’t always easy to come by.

This is a great weekend for you to hone your talents and use them in new and interesting ways. Your understated athleticism could make you the team ringer for lawn games. Maybe you lack a gag reflex and can figure out what that would be good for on your own. Use the power of Saturn, Mercury and Uranus to create a niche for yourself that no one can deny.

Your hair isn’t getting bigger because of humidity—this weekend, it might just be full of secrets. The New Moon on Sunday brings confidential information your way. I mean, it’s not strictly confidential because if someone really didn’t want their secret out, why would they tell you? Anyway, use that information for leverage on others. The “I know something you don’t know” game is just as powerful now as it was in kindergarten.

It’s a good weekend to check in on your most important relationships to see if you’re on the same page. The New Moon on Sunday allows you to hit the reset button if things aren’t exactly where you need them to be. Like, make sure your best friend isn’t mad at you for ditching her movie invite to sit on a couch and watch your boyfriend play video games while you stared at your phone. Honestly, that was a bad move on your end for so many reasons.