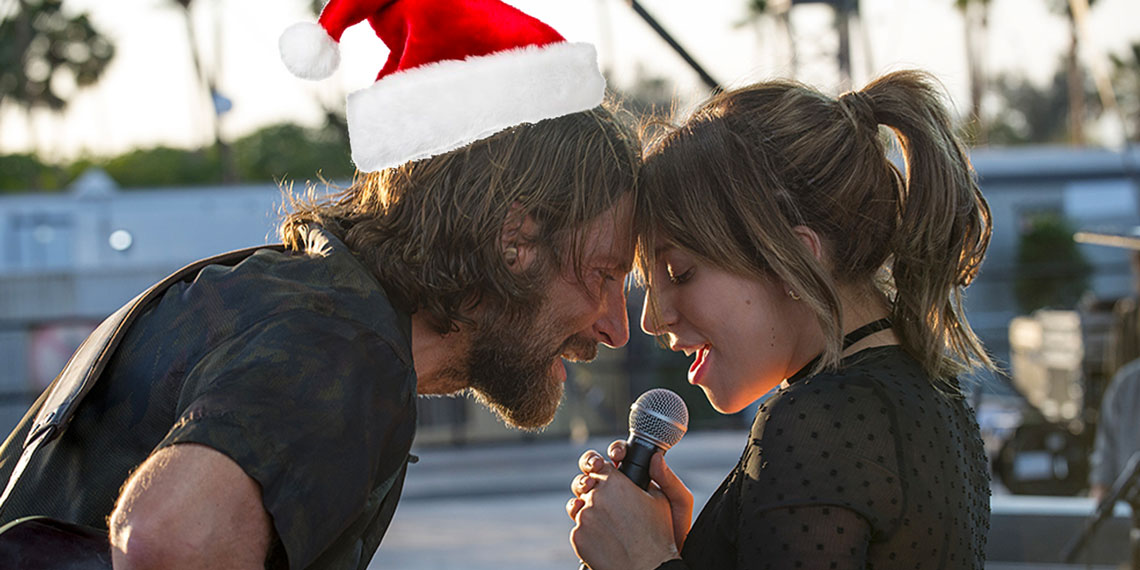 We Turned This Year’s Oscar Contenders Into Hallmark Christmas Movies

December is here, which means two things: Every movie you’re watching is either Oscar bait or pure holiday trash. You have the Timothees and the Saiorses of the world dusting off their mantle for a trophy, and the Haylie Duffs of the world just dusting. Shockingly, there’s no award ceremony for being in your 25th TV movie—although I’d argue Haylie’s contributions to Hallmark movies warrant at least a Venice (Beach) Film Festival Award. Since I love to ruin things and act like I know what a movie is about before seeing it, I figured let’s throw all of these movies into a blender and see what would happen if these Oscar films existed in the Hallmark Cinematic Universe (HCU). Will our movie smoothie be disgusting? Maybe, but worst case, we can just add vodka.

I personally (and emotionally) black out when it comes to British history, despite thriving during my time abroad in London—and by thriving, I mean drinking gallons of Pimms cups and asking everyone if my terrible British accent was any good. So, I kind of don’t totally know what is going on here. But what I do know is that Emma Stone and Mr. Taylor Swift are in it, so there’s that. What I also know is that it’s about royalty and two cousins trying to be the favourite (with a ‘u,’ mind u). So when it’s Christmas time, they’re two cousins fighting over their neighbors love. One is engaged to her and has everything you’d want in a man: a steady income, a great hairline, and a job that requires him to talk about briefs. However, they don’t have LOVE. Which is why, when she meets with the other cousin to prepare for their Christmas dinner and she realizes she doesn’t need a retirement plan or a joint-bank account, she needs the Christmas spirit and… love, duh.

Vox Lux is Natalie Portman as a pop star (girl, what?), but in the world of Hallmark, the pop star is actually the Christmas spirit, and the lux (or light, nbd but I did take Latin in middle school) is the north star that everyone follows to an amazing party on Christmas Eve. At the party, they do karaoke to holiday songs (my personal heaven) and… what’s this? The quiet girl from high school has a gorgeous voice? This shocks everyone, but most of all the guy she had a crush on in high school. Who knows who the hell is having this party, but that doesn’t matter—because of course, when the clock strikes midnight, they kiss! Does the girl with the amazing voice end up being a pop star? Of course not, because that would entail her going to the city at some point. In the HCU, cities are the root of all evil.

Ben Is Back is already set during Christmas, which is perfect. But it’s mainly about drug addiction, which isn’t super Hallmark. So, we sub that out for something worse in the HCU: NOT BELIEVING IN CHRISTMAS. Could you even imagine? The mom (not Julia Roberts, unless she REALLY wants to buy another house somewhere and needs the Hallmark cash, which I’m assuming is just Panera gift cards), spends all of Christmas Eve showing her son the magic of Christmas—aka, having a group of carolers sing to him and finding an old ornament. Suddenly, Christmas is saved! Sidenote, should we all go out this year as famous Carols and go around singing as Carol Carolers? Dibs on Radziwill.

Okay, AP European History is truly trolling me this Oscar season. I somehow passed that exam, but it’s almost definitely because I was next to the really smart junior that i’d give life advice to in exchange for him letting me see his Scantron. Whatever, my degree’s in Communications anyway. ANYWAY, I do love that two Oscar queens from last year are in this together (Saiorse Ronan and Margot Robbie) and looking more gorgeous, talented, and wealthy than I will ever be. What I do know about this plot, though, is that it has had some historical inaccuracies so I’m going to say is that this is basically Hallmark’s version of Miracle On 34th Street, but the saying is “every time an iPhone XR rings, an angel gets its wings.”

A Star Is Born would basically be A Star Is Born, but set in the community theater world and their production of the night Jesus was born. Ally Maine here was the understudy for playing Mother Mary, and the eight grader playing Joseph would pick her out of the costume department and bring her up to sing. Weirdly, they sing “Shallow,” but it works—because they’re far from the shallows now. And by shallows, I mean the point in history where we switched from “BC” to “AD.”

Green Book tells the story of a famed NYC bouncer becoming a driver for beyond-talented pianist Don Shirley. In the world of Hallmark, though, who needs a car? The driver is obviously operating a SLEIGH. Because let’s be real, Rudolph is drunk and no one knows where the hell the other reindeer are. He’s not driving because it’s his passion, but because he’s been on Santa’s Naughty List for decades and this is the only way to turn his fate around. Will he, or will he just give up somewhere over a fly-over state? TUNE IN TO FIND OUT.

Santa’s in the (Snow) White House and we don’t know WTF is happening. It doesn’t matter, though, because an elf is his Vice President, and this elf ends up calling all the shots. He goes crazy shoving Christmas cookies into his mouth while trying to become the actual leader of Christmas and we see him going fully batsh*t while Santa is… just sort of standing there. Who knew we’d end up (almost) missing gentler-seeming (but equally ghoulish) Santa later on. Womp.