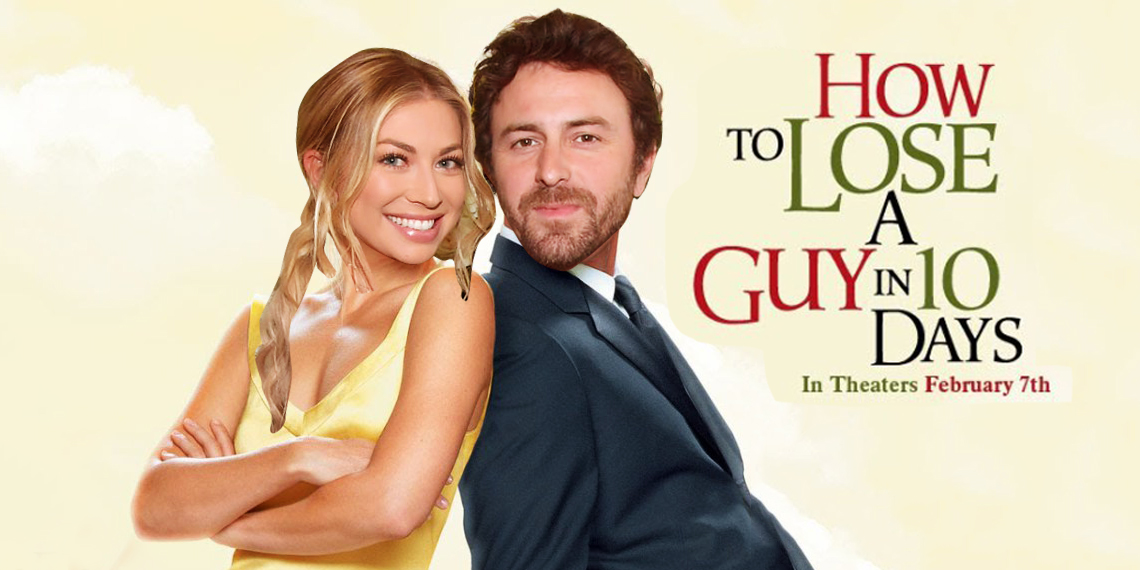 We Recasted Iconic Rom-Coms With The ‘Vanderpump Rules’ Cast

It’s no shock to any of us that the cast of Vanderpump Rules didn’t move to Los Angeles to scream at each other and throw wine on camera. They moved to be actors, singers and DJs—the holy trinity of jobs your parents ask you not to bring up during holiday dinners. But, on their road to Hollywood, they (quite literally) stumbled into West Hollywood, where they began to scream at each other and throw wine just out of habit—and that habit turned into one of the best reality TV shows of all times. In honor of Valentine’s Day, Katie and Brittany’s birthdays, and also because I just wanted to write this: let’s take a look at what romantic comedy these SURvers would be best in.

Let’s be real, You’ve Got Mail was basically the original Catfish—and we know there’s no one out there who can crack a case like Doute. The only issue would be that the movie would be cut short, because it would only take three e-mail exchanges for Kristen to get the Social Security Number and Uber receipts of NY152. But I guess the rest of the film can just be spent watching Kristen and Tom Hanks split a bottle of tequila? Kind of like Comedians in Cars Getting Coffee, but not at all.

The writer of the group (in the sense that she has like, a book coming out and wrote a NOT blog in earlier seasons), Stassi can totally pull off this classic Hudson role. Besides, we definitely feel that she’s already started doing research for this role, because nothing helps you lose a guy faster than texting him five hundred times in a row while he’s in the same house as you before throwing your phone on the floor. Girl, I’ve also done that, so you’re fine. Besides, if you’re reading this, can I please be invited to your and Beau’s wedding? Or I’ll just babysit the dogs.

You’re telling me you wouldn’t pay seventeen dollars for a movie ticket (and then thirteen additional dollars for a large Diet Coke and medium popcorn) to hear Lala recreate the iconic lines: “Big mistake! Big! HUGE”?? In a perfect world, that is exactly what she says when someone chooses to fly anyway besides on a PJ.

Because we’re convinced if (sorry girl, when! We believe-ish in you!) Scheana got remarried, she would without a doubt perform at her own wedding. Something borrowed, something blue, and something good as gold. I was going to pick Something Borrowed, but I’ll leave that incase every Brandi decides to do a recasting column of her own.

Is there any word to better describe Jax Taylor and his love life (and regular life) than “complicated”?  Cheating on your girlfriend with an acquaintance while she was watching an elderly woman and having it recorded on iPhone voice memo? Yeah, that’s a pickle to say the least. Luckily for Jax, it seems that’s just water under the bridge—and by water, I mean beer cheese.

Nothing but love to Katie and Pucker + Pout, but there are sometimes where she has been completely clueless when it comes to her relationship (and also her beauty blog-meets-website). But besides that, she’s also extremely lovable and like Cher, you’re constantly rooting for her—even during that season she went blonde.

This is less about the premise of the movie and more about the title, because if we go into the subject matter for Brittany I’m just going to get depressed and keep shouting “LEAVE BRITTANY ALONE!” while calling an Uber Pool for me, her, and Kristen so the two of us can protect her. Mainly, this title sums up exactly how I feel about her engagement with Jax: it’s crazy… It’s stupid… but, it’s love?

Even though it wouldn’t totally be a retirement, I feel that Ariana’s retirement plan will be moving to a tropical island and just being a celebrity bartender for an acclaimed tiki bar there.

Cause there’s not a doubt in my mind that Tom and Tom had a pact to get married if they were both single by 40… or, 28 (aka 40 in Los Angeles). Imagine how chic that Pride episode would have been? Especially with their version of “I Say A Little Prayer For You (DJ James Kennedy Remix)”.

Lisa Vanderpump – ‘Under the Tuscan Sun’

This is less about the movie and more about the fact that my only dream in life is to drink Vanderpump Rosé with Lisa and 50 dogs in Europe.