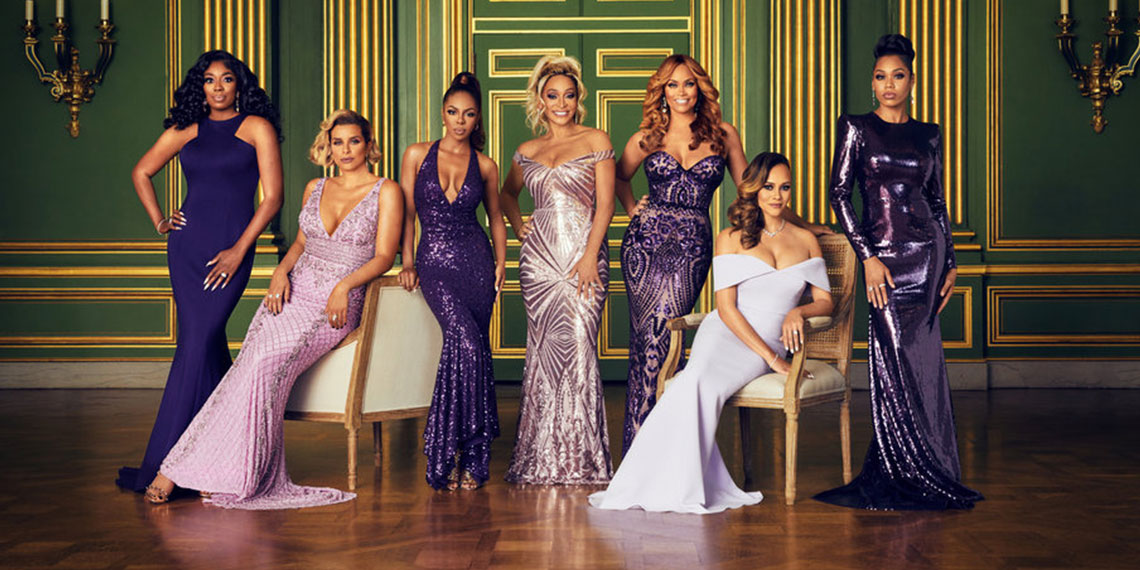 Who doesn’t love The Real Housewives? Many focal points of pop culture have come from this incredible franchise, and the gift keeps on giving with every season and every new city. However, as a faithful viewer of this iconic reality TV phenomenon, I’ve noticed that there is a huge double standard in the handling of each franchise from the network. As a viewer of the shows for years, it’s become more apparent that the Black women on the network are being held to a higher standard than their white counterparts, and that has to change.

Listen, let’s be real: We love a good confrontation. That’s why we indulge in reality TV, and The Real Housewives is no exception. The issue, however, is how fights on different franchises are framed and handled by the network. Let’s use The Real Housewives of New Jersey vs. The Real Housewives of Atlanta, for example. Teresa Guidice has built a brand for herself, mainly because she “flipped a table” (it was a push, by the way) at her fellow cast member Danielle Staub. This outburst is considered iconic and is remembered by many as a defining moment in pop culture. Teresa also pushed down reunion host and executive producer of The Real Housewives franchise, Andy Cohen, during the season two reunion, once again during an argument with Staub.

But when you look at The Real Housewives of Atlanta and the physical altercations that have occurred, none of them are defined by media outlets as “iconic”. From Porsha pulling Kenya’s hair to Kenya and NeNe arguing, any time the women on RHOA show any passionate emotion, they get labeled as contributing to a stereotype. In this clip, uploaded by Bravo, Andy Cohen proudly asks the women, “Who is the most ratchet?”. The word ratchet, in this case, is to describe “ghetto” behavior. It’s culturally offensive, and it’s mind-boggling to me that the network would choose such rhetoric to describe the women who played a key role in putting The Real Housewives franchise on the map. RHONJ, meanwhile, has had several physical altercations between cast members, including hair-pulling and drink-throwing, and yet they are not labeled in such an egregious manner. The Black women on the network have to uphold this rule about not being violent, but the white women on the network do not, and instead are praised for the same behavior.

Casting: Always Having To Bring It

It’s no secret that in order to be a Real Housewife, you have to be on your A-game. That means keeping up with the group by sometimes stirring the pot and having an impressive personal storyline. But, as any viewer knows, not every single Housewife has consistently brought it. I’ve wondered over the years why RHOA “friend” and fan-favorite Marlo Hampton has not been promoted to a main cast member (given a peach). Marlo brings the drama; she’s also hilarious and has an incredible personal story. Marlo was raised in foster care and is the legal guardian to her two nephews, who lovingly call her “Munty.” It’s been speculated that she does not have a peach because of past legal issues. I find this odd, because there have been plenty of women cast on Bravo shows with a less-than-spotless record. A few months before Kelly Dodd’s inaugural season as a Housewife, she was caught making racist remarks towards Black men outside of a restaurant. Tinsley Mortimer boasted about her arrest and mugshot that happened just months before she joined the RHONY cast, and I personally believe her arrest is what got her cast in the first place. RHONY newbie Leah McSweeney spoke openly about her arrest, and Luann de Lesseps’ assault on a police officer was a focal point of season 10. I do think that whether you like Marlo or not, it is clear as day that the network picks and chooses what is “acceptable behavior” to become a Real Housewife.

It’s not just legal issues—there are also double standards in what the Housewives are expected to divulge about their personal lives. Porsha Williams, another RHOA star, was demoted in her seventh season, because according to Andy Cohen, she was not very open about her personal life. I find that ironic because, in the ninth season of The Real Housewives of Beverly Hills, fans complained that some of the women were not open about the impending lawsuits against them. At the season 6 reunion for RHONY, Ramona Singer was adamant that she wouldn’t comment on her divorce, even though the split was already public information. Yet, none of those ladies were demoted for not sharing enough. It seems to me that the Black women on the network are held to a higher standard in terms of how much they share about themselves and how they’ve conducted themselves in the past.

The Perception Of Black Wealth

At the season 5 Real Housewives of Potomac reunion, Andy Cohen brought up the fact that the ladies had become more financially independent due to the show. I somewhat understood the segment’s intent until a very uncomfortable exchange between Cohen and former cast member Monique Samuels occurred. Cohen had insinuated that Monique’s husband, Chris Samuels, was not well-off after playing for the NFL so many years ago. I found myself scratching my head because Monique was very open on the show about the financial successes that she and her husband had acquired after his NFL career through investments. Viewers are also aware that Monique was very wealthy and was one of the only women on the show to live in Potomac, a very prestigious and expensive community. So why is it that Andy Cohen felt the need to try to contest that? There is a stereotype toward African Americans that we cannot manage our money and rarely make smart financial decisions. This stereotype ignores the economic disparities that Black people have faced as a result of our being.

Andy’s conversation with the women of Potomac exemplifies a vast double standard, especially when the Real Housewives of Beverly Hills are involved in lawsuit, after lawsuit, after lawsuit, and are still seen as a franchise that promotes opulence and wealth. Whether Andy Cohen knew it or not, by questioning Monique on how she obtained her wealth, he was feeding into a stereotype. In my opinion, we should uplift and celebrate Black people that have acquired their own wealth, especially in an economy that white people dominate due to systemic racism.

I am not here looking to cancel anyone. I believe in accountability and progression. With social justice movements becoming amplified more than ever in the past year, I hope that Bravo changes its treatment of the Black women on its network. These women have given Bravo so much in terms of content and notoriety that it is only right for the network to go out of its way to ensure that this type of rhetoric and treatment stops.