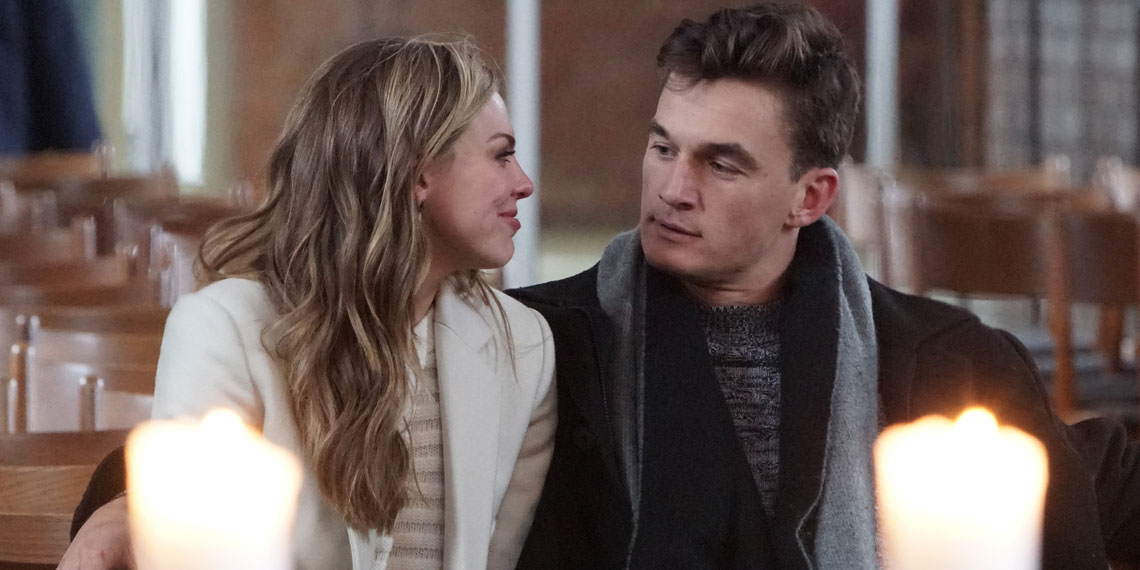 We Need To Talk About Jesus , And Other Things Wrong With ‘The Bachelorette’

The Bachelor franchise is not an easy one for a liberal, Jewish, feminist in her early 30’s (also known as me), to watch. A few obvious reasons for this: I am now significantly older than 99% of the cast (hey Mike, the only age-appropriate contestant for me—I’m single and you’re too good for this show). It’s quite clear that the majority of the contestants either voted for Trump, or aren’t aware that voting is a thing, and honestly? I just no longer feel the need to follow more aspiring influencers on Instagram. So I have truly had to tackle many inner demons along my journey to remain a dedicated Bachelor fan, and while it’s not something I am proud of,  it has given me material for the inevitable job interview question of “tell me about a time you had to overcome adversity”. But despite my relentless and at this point, involuntary dedication, this season of The Bachelorette has proven to be particularly difficult to get behind.

It would be easy to just throw all of the blame for this on Luke P., seeing as he’s truly awful. And it has indeed been excruciatingly painful to watch someone with such obvious sociopathic tendencies, extremely broad shoulders, and truly oversized thighs emotionally manipulate a naive ex-beauty queen. But, it’s not just his fault, or Chris Harrison’s fault for not even trying anymore (are we sure he’s not a robot?). I’ve had a few weeks to think about what’s really wrong with this season and the overall trajectory of the franchise (six, to be exact), and why I just simply cannot relate to it anymore. And I think I’ve figured it out: it’s too young, it’s too into Jesus, and its contestants are too rehearsed.

Me to me while watching this season of The Bachelorette.

And I’m not just saying this because I am much older and still very much in search. No, I am saying this because clearly Hannah has not yet had enough life experience to know that she simply does not have to put up with the Luke P.’s of the world. Because if this girl had just lived through one or two destructive relationships, spent at least a year outside of her parents house in Tuscaloosa, Alabama, and I don’t know, seen some sh*t, then she would have known to kick Luke P. to the curb the second he professed his “falling in love” on day two. I mean, has she even online dated? Has no one ever taught her to avoid guys that show interest too soon like the plague?

Befumbled is not a word, and 24 is not an appropriate age for the lead of this show.

Jesus Is Getting The Final Rose

I know it’s not new for Bachelor/Bachelorette leads and contestants to be supes Christian—there was Sean Lowe, the born again Christian, and Colton, the “It’s not that I’m waiting for marriage, but also leave room for Jesus” virgin who ended up with Cassie, star of an Evangelical Christian reality show. But this season it really feels like they are leaning too hard into the whole Jesus thing. Maybe ABC is just trying to keep up with the times— you know, the ones where America is getting closer and closer to becoming a Christian white nationalist country—or maybe the pool for aspiring country singers and Instagram influences is made up strictly of Jesus lovers. Either way, I’m not into it. Hannah literally said, “The lord placed a verse on my heart” this week. What the actual f*ck does that mean? As a Jew who has literally never believed in God or had anything placed on her heart besides a stethoscope, there is nothing I can relate to less than this sentiment or this Bachelorette.

And it’s created a season where no one is saying anything, and we all feel like losers. And I’m not just talking about Luke P. here, although he is the worst and also the most confused by how the script does not appear to be working for him:

Other frontrunners like Tyler—by far the most attractive man I have ever seen—and Jed, the poor man’s Luke Pell (omg, another Luke P.), are all spitting out the same Bachelorette playbook lines that have brought contestants to the final four in the past. It’s gotten so bad that even Hannah admitted this week that all they talk about is, and I quote, “stupid sh*t”. I have not seen one real conversation take place so far this season, and it’s because contestants have been watching the show for too long—studying exactly what they need to say to make it far enough for an invite to Paradise, and have nothing to do between dates but sign up for the  brotherhood of the traveling salmon blazer and memorize their “get me to hometowns” lines.

It’s time to change it up. Throw in some non “stupid sh*t” like a thoughtful discussion on climate change (I realize this may be asking too much), talk about what you did for a living before deciding to pursue a career as an influencer, or even—and I can’t believe I am saying this—just mention that your parents’ divorce made it hard for you to believe in love again. Honestly, that would be riveting stuff for this season.

Me to this season.