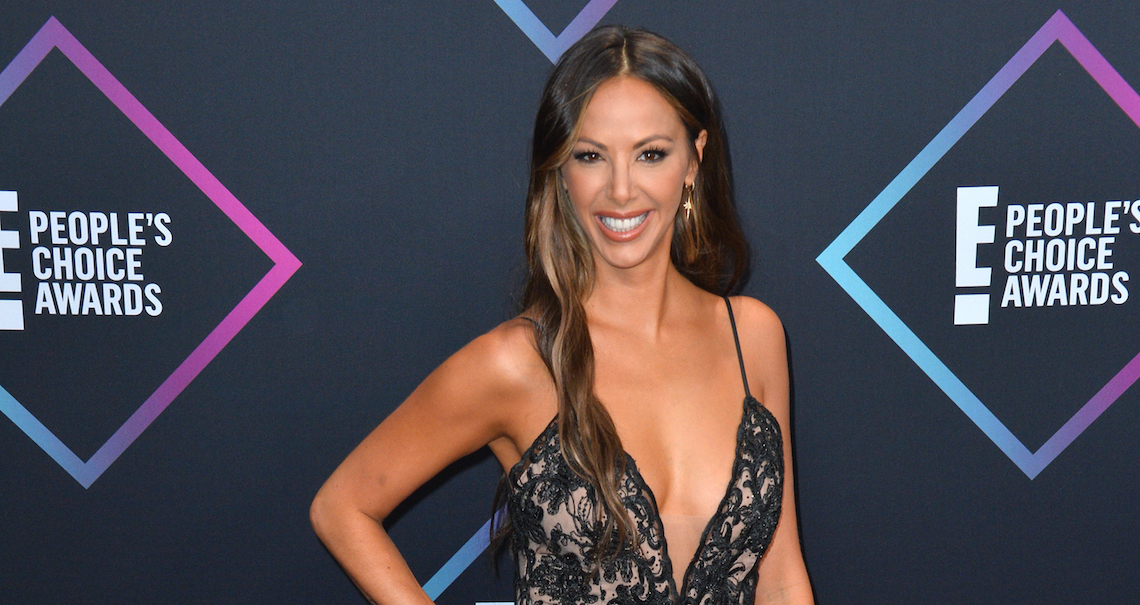 We Made A List Of Hobbies Kristen Doute Should Pursue

Okay, so Kristen Doute was the token crazy chick on Vanderpump Rules for the first couple of seasons. Now, she’s developed into a mostly stable, somewhat self aware, moderately functioning human being. Thanks a lot, therapy and having a healthy relationship! You’ve taken Krazy Kristen away from us! And now, Kristen has taken a turn for the worse. Don’t get us wrong, it’s not because she’s pulling stunts like attempting to air out her ex-boyfriend for cheating on his new girlfriend in Miami (we’re all in agreement that Tom did cheat, right?) or having a toxic relationship with James Kennedy. Instead, she’s trying to play martyr and seek revenge on toxic individuals in the interest of her friends. She may think she’s being a good friend, but  inserting herself into others’ lives is actually pretty lame. If I have to hear her say “My Brittany”one more time, I’m going to die. So, I decided to find Kristen Doute some fun hobbies, because endlessly trying to get revenge on guys like Jax and James is just making her look sad and desperate.

It seems like Kristen thinks that sabotaging f*ckboys like Jax Taylor and James Kennedy by giving them the punishment they deserve is, like, a form of philanthropy. While I agree that guys like this are a disservice to society and need to be eradicated almost as much as malaria or small pox, it’s a toxic habit to relentlessly try to destroy them. Also, I don’t think flying in side chicks from Miami or parents from Kentucky to shame these guys, or throwing $16 PUMP-TI-NIs in their faces counts as a tax write-off. So why not be a contributing member to society in a more noble way instead? And no, I’m not talking about sh*t like reading books to children in the hospital. I mean, sure Kristen has changed, but I still wouldn’t trust her around children. I’m talking about throwing parties to donate to whatever cause Kristen gives half a f*ck about. Anyone who watched The O.C. knows that these philanthropy parties were all about drinking and drama, which are two of Kristen’s biggest passions. These charity functions Kristen throws would a) be the perfect opportunity for Stassi to use her fake party planning career and b) provide the perfect backdrop for drama without directly orchestrating tired schemes. And if some money is donated to PETA or Planned Parenthood, all the better, because that CAN count as tax write-off!

P.S. Is The Hills remake giving Mischa Barton a job as charity so they can get a tax write-off? So many questions.

This job is a no-brainer. No, seriously, this job requires no brain. I just watched The American Meme (credit to me for watching a documentary instead of Stepbrothers for the 50th time), and becoming a social media icon seriously requires less talent than being a reality television star. Kristen already has a following like every other person who is famous on social media, so she doesn’t need to buy as many followers as every other social media personality does. She can just tweet relatable, obvious things in a slightly quirky way, so thousands of girls and fake followers RT it. Or, better yet, she can post pictures of herself doing boomerangs of her clinking champagne glasses with all her friends at an event and then throw up a pic of her chilling with reject boyfriend from The Bachelor  franchise while eating Açai bowls in Tulum (you know those things have more sugar than, like, six candy bars, right?) Worked for Helen Owen!

Okay, I know that Kristen started a blog to make it seem like she had something going on after she got fired from SUR, but this is clearly not a blog. And the Vegiholic Instagram page isn’t any better. The last post is a terribly unfunny meme from May 12th, and even before then, she rarely posted pics–there are only 36 of them!

Look, Kristen, it’s really not that hard to be a vegetarian blogger. You just use the impressive work ethic you apply towards taking down your male castmates, and apply it toward making people feel like subhuman scum because they eat bacon. I remember last week, I asked my little sister if she was still vegan, and she responded that she’s “intuitively plant-based” now. I assure you that if you managed to be as insufferable as you were seasons 2 and 3, you can be as bad as my own flesh and blood when she somehow managed to make her dietary preferences sound more holier than thou than “vegan.” I could literally type onto WordPress what I had for dinner tonight (a bottle of $9 pinot grigio and a frozen pizza) and write a blurb about what made me eat it (because I’m lazy and I know I’m going to cry later when I feel too insecure to wear a crop top out at the bars because I’m addicted to self-sabotage) and hit publish, and I’ve got myself a food blog. See? It’s not that hard.

All you need to start an Etsy shop are ideas you highjacked from Pinterest and a dream. Well, a dream that was your fallback plan after failing as an actress or singer or whatever. Create some lip balms that are named after various SUR cocktails. Make some festival wear that is totally unoriginal and totally appropriating other cultures. Literally, just walk into Anthropologie or Urban Outfitters, take pics of thing you like, and do knock off versions of what they did. I’m pretty positive that’s how you created your t-shirt line, and I assure you that this will probably be just as time consuming and perhaps even more successful.

Wanna convince people that you’ve truly changed and are on a path towards enlightenment and personal growth? Read a book. Don’t read the Bible. Paris Hilton killed that charade when she said prison changed her because she read the Bible while locked up, yet she couldn’t name a single book or verse from it. Lala mentioned one time that she read The Alchemist, and she’s probably one of the smartest people on the show. Case in point:

So clearly the bar is set pretty low to be the Einstein of the group. I saw on Instagram that Alexis Ren read The Four Agreements and I immediately respected her for it, even though she made a career off of having good-looking sex with Jay Alvarrez and fake laughing for pictures. Or read The Untethered Soul. I saw that my SoulCycle instructor posted that on his Instagram stories, and while I initially wrote him off because he’s, like, 40 and wears a thumb ring and takes shirtless mirror selfies, I totally respected him after seeing he read that book. Well, kind of respected him because did I mention he’s 40 years old, wears a thumb ring, and takes shirtless mirror selfies? Basically Kristen, just read any New Age self-help book and we will all automatically think you’ve got a hobby AND that you’re becoming more self-actualized, whatever that means.

I would suggest writing a cocktail book, because alcohol is an integral part of her diet, but Ariana would get very upset that Kristen’s doing something she’s done (or failed at doing). #TBT to when Kristen tried comedy for sh*ts and gigs and Ariana got offended because she takes sketch comedy “very seriously.” Let’s not act like Ariana is ever gonna finish that cocktail book. But at the same time, let’s recognize that Kristen thinks drinking an entire bottle of Belvedere or Casamigos is considered a “cocktail” when really, it’s flirting with alcoholism.

So maybe Kristen should get a headstart on writing a tell-all about Pump Rules instead so she can release it once the show gets cancelled, after everyone in that cast becomes boring and stable like the rest of us. You know we’d be all over that juicy gossip!

You’re sort of an actress with a lackluster IMDb page, and a second-fiddle reality star living in L.A., so it’s weird that you haven’t started one already! You might not have Stassi’s level of success, but it can’t possibly be worse than Scheana’s podcast.

Do The Marie Kondo Method

I’m not saying this because it’s all the rage right now, I’m saying this because this chick needs to get rid of all that “Live, Laugh, Love” crap in her house. It’s tacky and embarrassing, and I say this as someone who owns a giant pillow in the shape of a Xanax bar and a cross-stitched sign on my bathroom door that says “Please refrain from doing cocaine in the bathroom.”

Sidenote: One time I was at a party with Marie Kondo and I avoided her the entire time. She doesn’t speak English, but I just knew deep down that she would find a way to tell me to get rid of my Kris Jenner shower curtain and Xanax pillow. The only celebrity closet organizer I will ever listen to is Kim Kardashian. Sorry not sorry.

So Kristen Doute, in this new year, take some time for yourself, and please get a hobby. The Bravo producers might not be happy about it, but it has to happen.