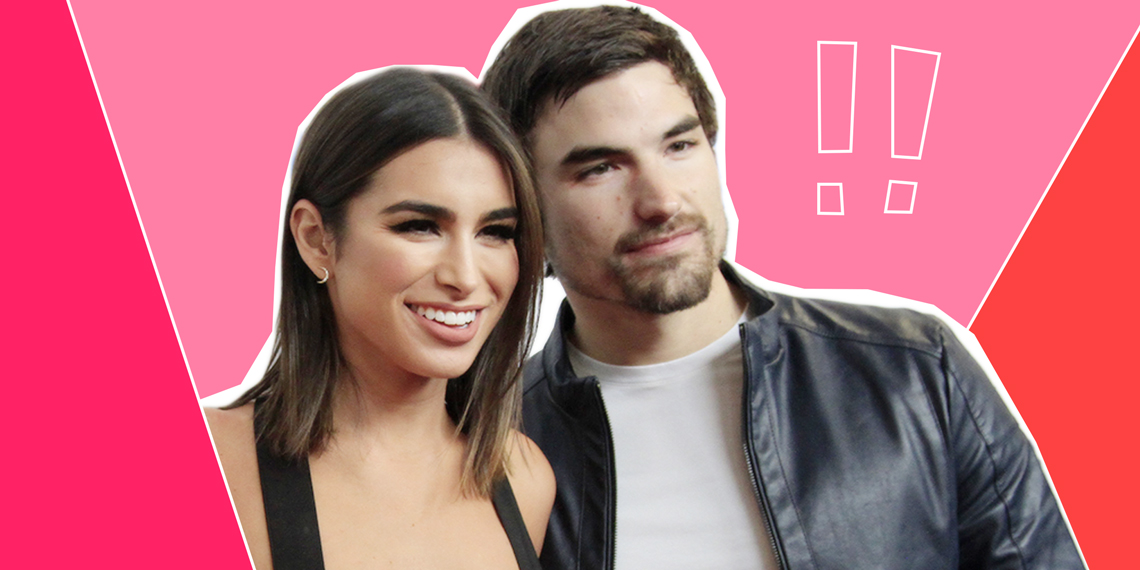 Holy shit. The stars have (apparently) aligned, and our favorite crying psycho, Ashley Iaconetti of Bachelor fame is OFFICIALLY engaged to Teen Wolf extra and Class B Fuckboy, Jared Haibon. That’s right. Proving there is no limit to what people will do to stay relevant, Ashley and Jared are engaged.

Let’s recap this shit, shall we? Jared and Ashley met three years ago on Bachelor in Paradise season 2 in 2015. Ashley liked Jared IMMEDIATELY. Jared wanted to hit that, found out she was a virgin, freaked out, and doubled down with skanks instead. Ashley spent the next 2-3 years showing us just which mascaras last through emotional episodes and how to sound halfway understandable while boogers are running down your chin.

Ashley CONTINUED to pine after Jared for the next three years. She started dating Canadian Tom Brady lookalike Kevin Wendt on The Bachelor: Winter Games, where past losers contestants on this absolute dumpster fire of a show got together to embarrass themselves and attempt to land more FitTea deals in an effort to never work again. Ashley gave up her long-guarded v card to Dr. Canada, they broke up in March, Jared slid into her DMs, and SUDDENLY they were a couple. WEIRD GUYS.

Ashley and Jared started OFFICIALLY DATING in May. That’s May of 2018 for those of you who don’t mark these dates in a very long, sad, handwritten Bachelor news calendar (I definitely don’t do that). They put up a whole Insta video about their “story” which was very long, drawn out, and solidified Jared’s status as an aging white man with not enough facial hair to hide his very oddly pronounced jawline.

So what the fuck happened? According to People magazine, Haibon got down on one knee in Mexico while the couple were busy filming for the upcoming season of Bachelor in Paradise on Sunday. Why they were even AT BiP, I have no idea. My guess is that Chris Harrison is a messy bitch and was hoping they’d break up on air. Joke’s on you, Chris! Their love is REAL. Ashley wore yellow and attempted to look surprised. Jared tried to hide the look of defeat with a sad smile.

Let’s take bets on how long this lasts. Will The Bachelor capitalize on this with a televised wedding? How about a children’s book about how being a psycho eventually pays off? Definite yes to both.