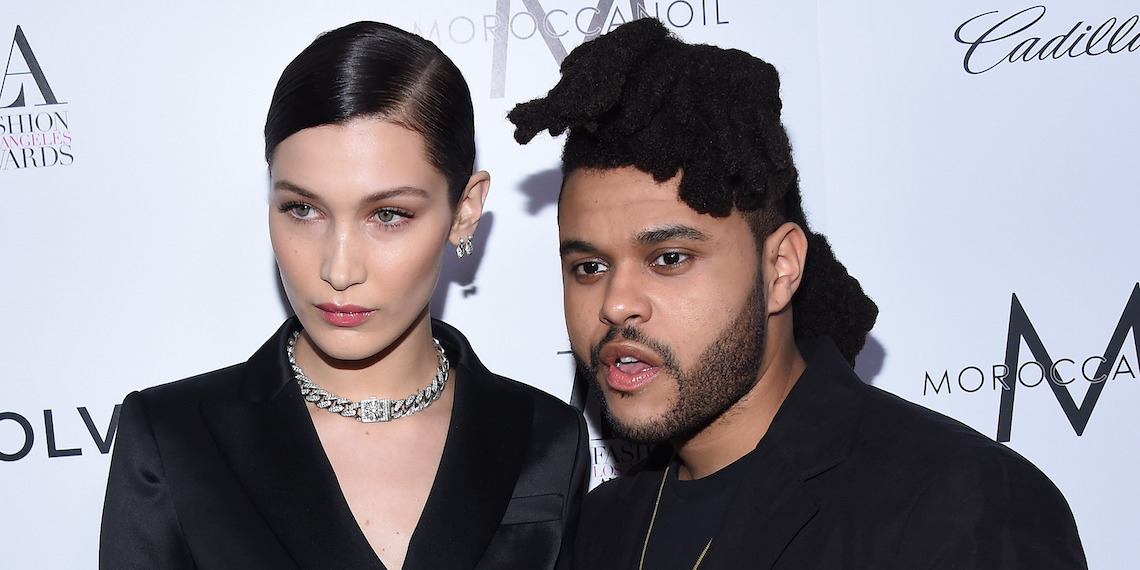 UPDATED: We Called It—Bella Hadid And The Weeknd Broke Up

UPDATE: I wanted to say that I called it, but really, our lovely tipster Tamara called it. E! News is now reporting that Bella Hadid and The Weeknd have called it quits again, after a source exclusively confirmed it. The source claimed that distance played a role in their breakup and explained, “They are in different places right now, physically and mentally.” The “physically” qualifier seems unnecessary, but ok. On the one hand, Bella is prepping for fashion week stuff and The Weeknd is working on his new album and—get this—”his upcoming acting debut”.

According to the source, Bella and Abel hope to get back together at some point but for now “are focused on themselves and their projects.” I mean, don’t we all? Anyway, wow. Now that we know for sure that The Weeknd and Bella Hadid are broken up, all I can say is: I cannot wait for the new Weeknd album.

There are a lot of celebrity couples I’m constantly thinking about, but I’ll be honest, The Weeknd and Bella Hadid are not one of them. That’s not to say I’m not a fan—I am actually a huge fan and never understood his relationship with Selena Gomez—but they seem pretty stable. As a couple, they’re not really in the news all that much, and we don’t hear a lot of drama about them. As far as celebrity couples go, they seem like a nice constant presence I can take for granted without having to constantly monitor. That is, until a hot tip came into my inbox this morning from Betches fan Tamara Barracosa, who thinks The Weeknd and Bella Hadid have broken up.

First, a brief timeline of The Weeknd and Bella Hadid’s relationship. Bella and Abel got together in May 2015 and broke up in November of 2016. He dated Selena Gomez for 10 months, and then in November of 2017, was spotted leaving Bella Hadid’s apartment. (Who among us has not hooked up with an ex as a rebound?) They have more or less been together since May 2018. However, there might be trouble in paradise… literally. Our girl Tamara noticed that Bella Hadid has been on vacation a lot, with no sign of The Weeknd. To be fair, he could just be busy with other things (he’s working on an album), but it’s a little out of the ordinary for there to be no sign of The Weeknd on Bella’s social media in months. In June, she posted him to her Instagram story when he surprised her with a visit. And on May 23, Bella was missing her mans, so she posted a TBT pic of them in Abu Dhabi, writing “I miss my king”. So, even though they’re a pretty private couple, they do post about each other. Or at least, Bella will post about Abel regularly enough. His absence could be telling of something more serious.

Sadly, all good things must come to an end, and their relationship might be on the rocks. Two weeks ago, tabloids were reporting that their relationship is “at an all-time low” and they’re constantly fighting. On July 31, The Weeknd posted a selfie to Twitter (weird move, but ok), where he’s drinking a cocktail and living some semblance of his best life.

Noticeably absent from that selfie? One Bella Hadid—though, to be fair, a browse through The Weeknd’s Twitter history shows that he doesn’t really post about her on there, ever. (He mostly retweets news articles about himself.) So it’s not that weird that he wouldn’t tweet about his girlfriend, especially since Twitter isn’t really the platform you go to to post about your relationship—Instagram is. But guess what’s on The Weeknd’s Instagram?

UPDATE: !!!!! he deleted his insta and she deleted recent pics of him!!!

That’s right, The Weeknd deleted his Instagram. That’s definitely suspicious, and could point to a breakup, but there are easily other explanations. Mainly, The Weeknd is currently working on a new album, Chapter VI, and according to some music blogs, his fans have been bugging him nonstop on social media about it. Yeah, if strangers were constantly DMing me about my latest article or whatever, I’d be annoyed too, and might just go nuclear and slash and burn my entire account. Also, artists delete their Instagrams in the time leading up to a new release all the time. Taylor Swift did it for Reputation, and Cardi B did it as well after the 2019 Grammys. Fans thought it was in response to the backlash of all her wins, but then she ended up back on Instagram a short time later to promote a new song. With The Weeknd deleting his Instagram, I’d bet this is less of a sad boy thing and more of a PR maneuver.

However, Bella’s Instagram is also kind of suspect. She hasn’t posted a picture of The Weeknd since March 30th, which is a long time ago, but then again, Bella Hadid’s Instagram is mostly professional shots of her anyway. It makes sense that she’s not actually using Instagram for its intended purpose, i.e. posting real photos of her life taken on an iPhone, considering she’s a model and also a celebrity. Unless Bella Hadid has a finsta, this is kind of a dead end. Could it be indicative that their relationship has come to an end? It could. But it could just mean that she doesn’t post her boyfriend to her feed to begin with. I don’t have a photographic memory of Bella Hadid’s Instagram feed, so I can’t say for sure that she did have photos that were taken down. I checked out a few Bella Hadid fan accounts (I know), and even they don’t have many photos of her with The Weeknd. So could it just be… that she doesn’t take many photos of him to begin with? Sometimes the most obvious answer is the correct one.

Basically, when an already quiet couple goes even more quiet, it’s hard to determine what’s up. It’s equally likely The Weeknd and Bella Hadid broke up as it is that The Weeknd has just been sequestering himself away somewhere while he finishes his album, so I’m sorry to give you all blue balls, but it’s impossible to say for sure. Looks like I’ll be adding The Weeknd and Bella Hadid to my roster of celebrity couples I need to keep constant tabs on to make sure they’re okay, right after Chrissy Teigen and John Legend.

If you have a tip you need the one and only Sgt. Olivia Betchson to investigate, send us an email to [email protected] with your piping hot tea.