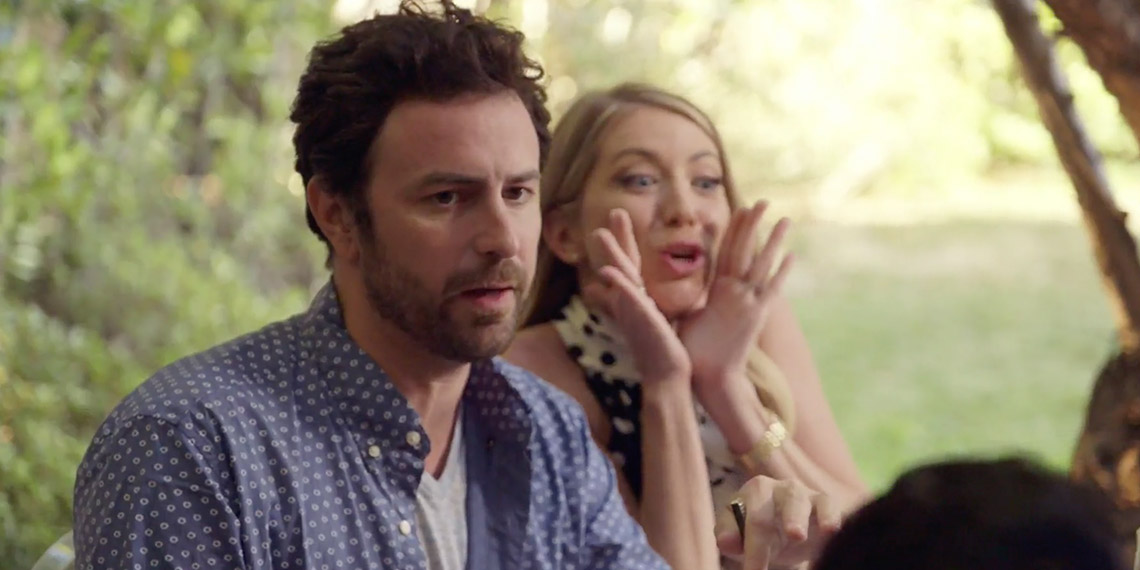 Another week into quarantine, another episode of Vanderpump Rules. Last week, I know a lot of other stuff happened (something with Dayna, maybe?) but truthfully the only thing I can remember is Stassi squawking “Beau, am I your person? Am I not? Am I not? Am I not?” like a demented seagull from Finding Nemo upon finding out that Beau would dare speak to Kristen without Stassi’s express approval. She basically almost starts honking “Mine! Mine!” at Kristen before the episode cuts.

But this week, the episode starts not back at the party like I thought it would, but at Beau’s place, where Stassi busts in apologizing. Beau admits in his talking head what I’ve been screaming into the void for the past two episodes now: that this entire argument could have been avoided if he would have just told Stassi he is planning on proposing, but says this would “ruin” everything he’s been planning for the last 6-7 months. That’s right, you can’t put a price or timeline on putting your S.O. through the emotional ringer, can ya!

I know this is immaterial, but what the hell is instant mac and cheese “cacio e pepe” style? Did Stassi just dump a bunch of pepper into Annie’s bunny-shaped mac and cheese? I would like this recipe.

Ugh, so this fake softball game plotline is still going on and Danica is talking about it, the next day. I was hoping this would go the way of every brunch invite I make with random girls I meet when I’m drunk: once daylight hits, we never speak about it again. Alas, it looks like I’m going to pretend to give a crap about these nonexistent stakes. Watching everyone talk about “the big game” and try to hype it up as if it matters at all is insulting to my intelligence. It’s not as if there aren’t other storylines out there they could have explored instead. You mean to tell me they cut Scheana’s egg freezing process for this? You mean to tell me you cut Danica’s restraining-order-having ass for this?

They sit down on a bench, where Beau’s friend has hidden the engagement ring in some weird old-looking metal orb thing, and Beau pops the question. Stassi cannot stop smiling and saying “shut the f*ck up.” It may be the most relatable she’s ever been. Am I crying because this is moving, or because I didn’t fall asleep until 6am last night? Or am I crying because this is the closest to emotional range we will experience this quarantine? Impossible to say.

Stassi calls Katie to let her know Beau popped the question, and now I’m confused because I thought we spent the last 2-3 episodes nailing down the fact that Katie was going to be present at the proposal and Kristen wasn’t? Unless it’s that Kristen isn’t even going to be invited to the post-proposal party at Lisa’s house, in which case, Lisa should just call the fire marshall now. I don’t even know anymore, I’ll blame it on the quarantine and not the fact that I text through like, half this show anyway. Drag me, IDGAF!

Of course Stassi immediately posted her engagement on Instagram, so now the rest of the cast has to talk about it excitedly as if they a) didn’t already know this was happening in advance and b) care.

Ok, so Kristen will not be at the engagement party, and this is a serious yikes. Lala calls her to break the news, which proves unnecessary because Kristen has already figured it out. Damn, I guess she’s smarter than I give her credit for.

Actual footage of Katie the second Lala gets off the phone with Kristen:

Carter takes this opportunity to rage-text Beau that he should thank Kristen for hooking him and Stassi up, and says Stassi shutting Kristen out is “some cold blooded sh*t right there.” He’s not wrong, but he was the absolute worst messenger for this. Like, pretty sure Patrick would have been better received to deliver this point.

One stupid plotline I do love, though, is Schwartz’s unnecessarily elaborate cover for the engagement party, that he’s preparing a seven-course feast complete with individual cast-iron skillets. Ariana bought this, for some reason, and neglected to eat all day. A rookie mistake, ya hate to see it. I kind of feel like she played herself—Schwartz can’t even manage to hold onto a piece of paper for one night. Did she really think he could pull off a seven-course meal?

I also have to applaud Lisa’s subtle shade of Stassi’s outfit, which I’m sorry to say, is pretty heinous. Lisa is like, “I have a dress upstairs if you want to borrow it. No, really. It’s right upstairs. I can just grab it.”

Meanwhile, Scheana is being the most on-brand she’s ever been, pestering Stassi’s, like, 15-year-old brother Nikolai about whether he has a girlfriend and borderline hitting on him.

If you had to choose one sound to hear before you die, would it be Brittany’s “I’M ENGAAAAYUGED” screech or Beau’s “I’m engaaaaaaaged mothaf*ckas” song? I think I’m going with Beau’s. But it’s a real Sophie’s Choice.

Over at SUR, Charli reveals she finally tried pasta for the first time! Not the kind at SUR (which we all know is nose pasta), but actual noodles!

Also at SUR, but far less interesting, Dayna and Brett continue to sow the seeds of their fake relationship.

Stassi putting her engagement ring in her dog’s face until he licks it is the new Jessica feeding her dog red wine on Love is Blind.

The day after getting engaged, Stassi starts talking about having a small, romantic wedding in Italy.

All of us, knowing what’s to come:

So over… wherever the hell Kristen lives, Jax and Brittany have come over so Jax could mow Kristen’s lawn. Not a euphemism.

Honestly, maybe Brittany is a better person than everyone because she’s still friends with Kristen for unknown reasons, despite the fact that basically nobody else is.

Here’s an idea, guys. How about instead of recapping this dumbass softball game, I insert a couple gifs from The Sandlot? That cool?

I do predict that Danica’s chaotic captain energy and Scheana’s surprisingly good windmill pitch (she doesn’t really have the whole stride/release thing down—yeah I pitched softball throughout high school—but it’s decent and looks intimidating, at least) may take this one, though.

Katie doesn’t want to bat and is just here to eat the sunflower seeds. It’s the most relatable she has ever been.

Really, how bored are these f*cking producers that they had Ariana narrate the game like this is a f*cking Next episode?? Max wants to hit a home run. But Scheana’s hoping he’ll strike out. Let’s see if he commits an error, on the Next bus. Get out of here.

Over in the dugout, James is on the “making amends” step of AA so he apologizes to Katie. She’s understandably skeptical because she’s heard it countless times, though she does seem to take the apology with grace.

*does a double take*

Charli gets her first underrated comment of the episode: I’m really competitive, probably because I didn’t have a dad growing up. Ok HOW does this girl not get more screentime, but we have to watch Kristen mope about for exactly one-third of every episode? This is a travesty of justice.

Raquel is so cute for thinking that being in pageants has somehow prepared her to play softball, and she goads Jax not to underestimate her as she straight-up sashays to second base. That was cute but also could have been a triple if she actually, ya know, ran. Wait, why am I actually recapping this game like I care?

SUR wins, Tom Sandoval is definitely going to cry about it later, and that’s the end of the episode. Will Sandoval steal Ariana’s heart? Will Jax run away from his marriage? Will Brett slide into third base with Dayna? Find out next week, on Vanderpump Rules.