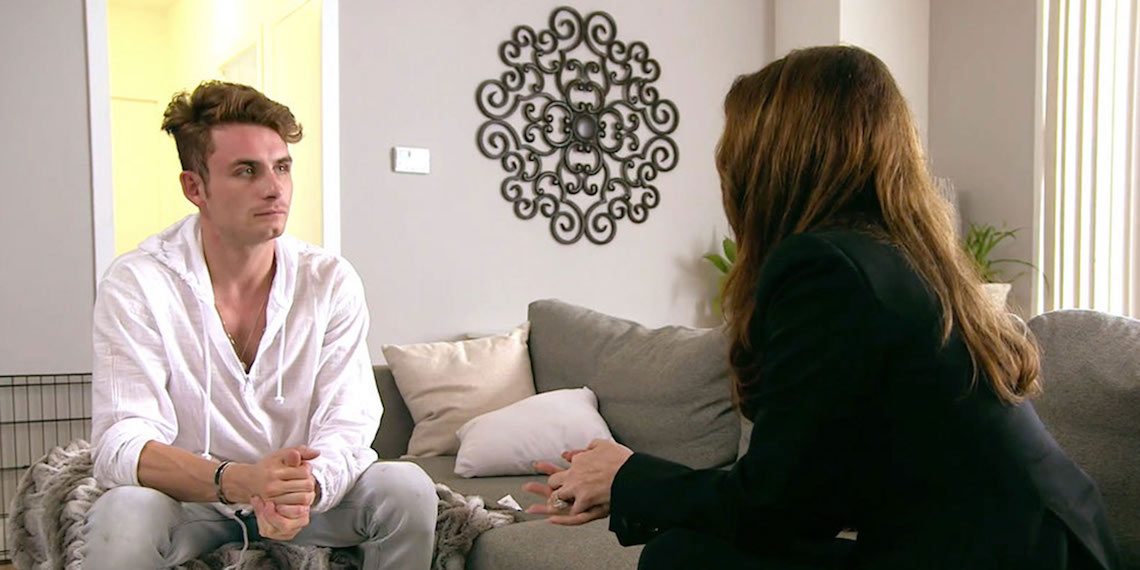 Hi friends! I’m taking over the Vanderpump Rules recap for two weeks while Sgt. Olivia Betchson is out living her best life. I’m so excited to be writing these recaps, but I have to be honest and say that I’m a recent VPR convert. After resisting for many years, I finally binged the show this summer, and realized just what I had been missing. And now I ask anyone who has gone remotely near LA if they’ve been to SUR. It’s cost me a lot of friends, but I do not regret it.

As a reminder, last week James Kennedy got fired from SUR yet again, Jax, Brittany, and their limited knowledge of business-ownership tried to start a beer cheese company, and Stassi and Ariana planned their first-ever joint birthday party where definitely nothing will go wrong and zero lives will be torn apart. Let’s begin!

We kick off the episode at Vanderpump Dogs aka my actual Heaven, where Lisa is enjoying a delicious dog biscuit with her tea. Rich people are weird, y’all. Our crew has all shown up to take pictures with their dogs to post on Instagram, which will somehow stop the torture of dogs in another country. A noble cause, and also how very smart of Lisa. All she had to do was whisper the words “more Instagram followers” in a dark corner of Villa Rosa and her staffers came running to support her.

Jax is telling everyone that James got fired, while barely managing to contain his glee. Dude, didn’t I just see you get fired last season? Talk about the ‘roided up pot calling the alcoholic kettle black, no?

Kristen upon hearing this news:

Then, “Official Vanderpump Rules Cast Member” Raquel (What? That’s what it says on her IG) and James walk in. Man, this guy has no shame. I am literally a walking ball of shame at all times for like, saying hi a weird way, and these people will just saunter into the place of business of the woman who recently fired their *ss. It takes balls, I’ll give him that.

Lisa calls James over to talk and tells him that she’s going to tell his mommy he has a drinking problem. That statement made me feel like I want to throw up, and she’s not even tattling on me. I’m so nervous.

Ariana and Stassi sit down to talk about their birthday party, and call James over to disinvite him from it. Yet again, he claims that Katie is the one who got him fired! I cannot even find the words to say how pissed off this makes me! As my therapist would say, you are responsible for you, James, so stop acting like a b*tch baby. Okay, that last part is my own personal embellishment. After what is essentially the Red Wedding of West Hollywood, James decides to spare himself any more humiliation and leaves.

Next, we move on to Lala and Brittany getting a butt facial. Damn. I don’t even have enough money to get an actual facial, let alone one on my butt. In fact, I think I have exactly enough money for a pinky toe facial. Do they offer those? Side note: I do have to say that while Lala’s makeup is still bonkers and I hate it, I’m really feeling the brown hair on her.

Anddddd I immediately take that compliment back and remember why I often wish Lala would would disappear back to whatever plastic surgery clinic she crawled out of. Her “man” is, “an *ss man. A vagina man. A tit man. He’s just a man.”

Stassi has Beau over for date night and they drink Aperol spritzes and eat meats and cheeses and talk about Italy. Okay wait, this might be my actual Heaven. No, I take it back. Put this date inside Vanderpump Dogs and now you have it!

Okay, this whole situation with Scheana and Adam is making me incredibly uncomfortable. Is she sexually harassing him? Is he interested in her at all? Is he stringing her along so that he can be on this show and make mad money promoting Flat Tummy Tea on Instagram for the rest of his life? WHO CAN SAY.

Cut to TomTom. Lisa is meeting James’ mom at an actual construction site. How lovely. It’s basically like, “Your son is an alcoholic and I fired him. Sorry you just sat on a nail. Will you be a dear and get me a cup of tea?”

Kidding! What actually happens is Lisa tells Jackie that she fired James because he has displayed a pattern of mistreating and demeaning women. Jackie tells Lisa that she’s all for  “the movement of women,” unless her son is the one treating women like sh*t, and then that’s totally fine. She then tells Lisa she was a bad mom and begs her to give James his Tuesday night gig back. No! I am shocked!! A woman who produced a misogynistic, alcoholic, reality star was a bad mom?! Say it isn’t so! I won’t believe it!

Tom and Tom head over to Lisa’s house to be her man servants, and they find her in the backyard clutching a tiny bird like she’s Lenny in Of Mice and Men. Fly away little bird! Fly away before you end up in her pocket!

While there, Lisa asks Sandoval to look out for James, which I’m sure will work out for everyone involved. I know they say you can’t see an ego, but I swear I just saw Sandoval’s inflate ten times when Lisa asked for his help. I’m basically like one of those apps that will tell you how large your gestating baby is, except for with egos.  “Congratulations, Tom Sandoval! Your ego is now officially the size of a cantaloupe. Soon you will reach watermelon status!”

Lisa gave Schwartzie ONE JOB and he used that opportunity to prove he doesn’t know how to count. Schwartz is lucky he is so loveable, because I’m pretty sure without that quality he would be playing video games in his mom’s basement right now. Hey Lisa, I can count and I’m willing to change my name to Tom! Wanna go in on a bar?

What do you guys think of this makeup right now? I know Stassi thinks they are beautiful ice queens, but to me they look like that guy in Union Square that’s painted silver and dressed like a robot and calls me a f*cking b*tch when I don’t throw money in his hat.

Brittany pulls Jax aside during the makeup session to tell him that Lala told her while they were getting their butt facials that Tom and Ariana don’t think Jax really changed. It was a very revealing moment. Get it? Because their butts were out. Sorry, I hate me too. Jax says that they’re just trying to tear him down because he’s doing better in life than them. Yes, that’s definitely it. A guy opening a bar named after him with Lisa Vanderpump is most definitely jealous of a nearly 40-year-old serial cheater who can’t make a drink more difficult than a glass of rosé. You hit the nail on the head, Jax.

Cut to James’ apartment, where Lisa shows up on his doorstep. He must have had warning she was coming, right? I don’t believe for one second his apartment is always that clean, I say as I stare at my exploded suitcase from Christmas break. Lisa speaks for all of us when she tells James that when he drinks he is a “rude, aggressive little prick.” PREACH, GIRL! You should see his Twitter, Lisa.

Party time. Is Schwartz dressed as Peter Pan? Personally I can think of no fictional character more perfect for Schwartz to be dressed as, and I’m ashamed I haven’t thought to call him Peter earlier. Oh wait, they’re saying he’s an elf on bath salts. Whatever. Tomato, tomahto, am I right?

WTF is on Sandoval’s head?!?!?!? This guy is more extra than anyone I ever met. And his contacts! Stop. Stassi actually does a butt shot this year (the cause of last year’s meltdown), and I’m feeling like this episode is very butt-centric. What part of the body will we focus on next week? I’m waiting with bated breath.

Lol of course Lala is dressed all in black. You always need a devil at a party with people dressed like ice angels. Official Vanderpump Rules Cast Member Raquel shows up, and Kristen immediately smells blood and starts circling her in the water.

Jax pulls over Tom of House Sandoval, Queen in the North and confronts him about the earlier sh*t talking he and Ariana did. I have no idea what is said in this conversation, because I’m pretty sure I just figured out that Tom’s eyes are the monsters in Bird Box. They are freaking me OUT.  Jax is lucky he escaped with his life. I think they hug it out and everything is fine, but I can’t be sure because I had to blindfold myself.

Official Vanderpump Rules Cast Member Raquel comes over and immediately starts problems. She’s praising James for not drinking since Pride, which happened about a minute ago. Bravo! Do they give out a chip for that, or just a pat on the back? Stassi starts getting heated and now I think we all know where this is going.

Oh boy. I spoke too soon. At 1:49 AM Stassi decides it’s time to go to bed, and Beau is still at the party. Stassi immediately turns from ice angel into that woman that texted her ex 159,000 times and told him she’d make sushi out of his kidneys. Wait, was that actually Stassi? When she gets no answer, Stassi smashes her phone, and along with it all her hopes and dreams of a healthy relationship.

And that’s all! Tune in next week to see if Beau escapes with his balls!