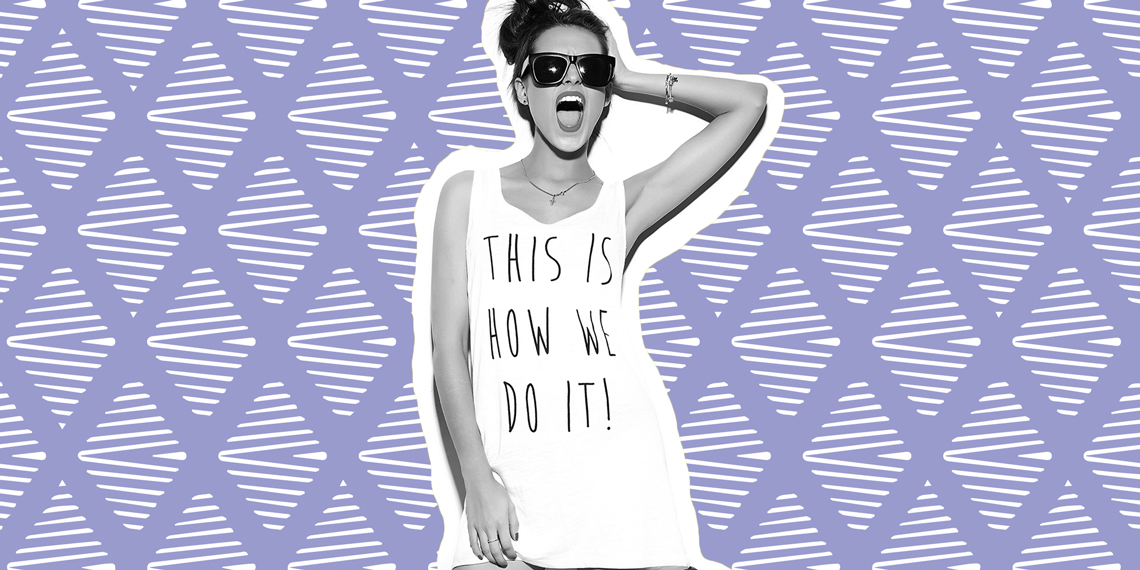 So before we dive in, let me say that you should dump any partner who tries this bullshit on you. Swiftly. I’m not saying that they’re not allowed to have any opinions or input. But if someone ascribes to the idea that they “own” your orgasms—to the extent that they feel threatened by a couple of triple-A batteries—then they’re not worthy of your time. *Waits for 2/3 of readers to dump their shitty BFs via text* Anyway, let’s discuss how to incorporate vibrators into your sex life.

A few ways you can do this: try different speeds, areas, and levels of pressure on or near your clit. Try putting it inside yourself. Try it on different parts of your body (Refinery29 suggests trying it on your nipples, or as a back massager.) Use it with lube. Try holding it yourself, and try having your partner hold it.  Also, try it both over and under clothes. I actually thought I hated vibrators for a while because I was basically just bludgeoning my nerve endings with it. If you’re easily over-stimulated, leave your underwear on next time you use a vibrator. It could be a total game changer.

Add It To Foreplay

Add It To Sex