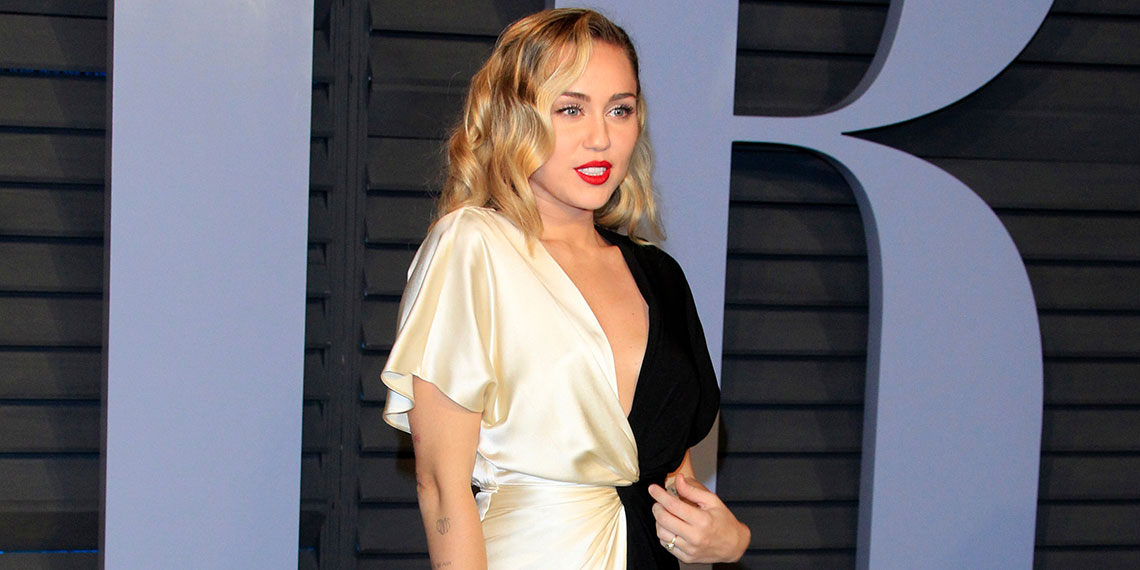 UPDATED: Umm, Did Miley Cyrus Say Being Gay Is A Choice?

Miley Cyrus has always, in my book, been a gay icon. I mean, when your career starts by playing a high school student by day and a pop star at night, what other trajectory could you possibly have? The gay community has constantly adored Miley, from “7 Things” to “Party in the USA” to the entire Bangerz album to her recent hit shading ex-husband Liam Hemsworth, “Slide Away.” And how does she repay us? BY DISAPPOINTING US ON A G*DDAMN INSTA LIVE.

Miley’s had a tumultuous year when it comes to relationships: first, her less-than-a-year marriage with Liam Hemsworth imploded, then her summer fling with Kaitlynn Carter came to an abrupt end, and now she’s apparently in love with Australian musician Cody Simpson. I recently wrote an article on how she was on the Instagram trip of a lifetime with her dog and family, wishing her well on her journey to love, and she responded by stabbing me in the back!

In a recent Instagram live with new fling Cody Simpson, Miley talks about how she’s finally found a good man, while simultaneously completely objectifying the LGBTQ+ community and literally suggesting her bisexuality was a choice.

Like…girl…what the f*ck are you saying? I understand she’s joking while obviously trying to be rude to Liam, but what she’s actually doing is slighting an entire community that’s largely supported her through every aspect of her career.

The video is below, so you can see you see for yourself:

“Don’t give up, you don’t have to be gay, there are good dicks out there, you just have to find them”

Okay, Miley, let’s talk. There’s so much wrong about this 48-second clip. First, I hate to be the one to break the news to you babe, but things aren’t going to work out with Cody either. Second, I know that you support the LGBTQ+ community, have a charity to help LGBTQ+ homeless youth, and you’re a huge fan of drag, so I certainly hope that you’d never intentionally state that being gay is a choice, yet that’s exactly what you implied. And third—am I overreacting? Yes. I’m sure I am, but I don’t care.

Coming out is so hard. Like so, so hard. The 21 years I spent in the closet were the hardest years of my life, and as embarrassing as it may sound, Lady Gaga is a huge reason I found the courage to come out. I would watch her videos on YouTube and listen to her constantly, dreaming about one day being the person that I wanted to be because she constantly reminded me that I was born this way, that I was worthy of love, and that my sexuality wasn’t a choice. (If you’ve never seen her Brave speech, then literally watch it now because it will give you enough strength to get through the winter). I just keep thinking about all of the young, 16-year-old kids in the suburbs or in the country whose Lady Gaga is Miley Cyrus, and who heard her say the words “you don’t have to be gay.” If I had heard Lady Gaga say something like that when I was at my most vulnerable, I can honestly say I don’t know that I’d be where I am today.

For some, this might be easy to brush off as a joke and something meant to make her exes feel bad, not to crush all of her LGBTQ+ supporters, but that’s exactly what it did, at least for me. For the record, being gay is not a choice, and if you are in the closet and Miley was your beacon of hope, I’m sorry. Watch the “Bad Romance” video and know that as cliche as it may sound, it really does get better.

UPDATED: While Miley recently apologized in a tweet, on my opinion, it’s not enough. (Also, it’s short enough to be just a regular tweet, no need to put in your notes…like come on, but that’s not the point.)

While we all say things we shouldn’t and things that are misconstrued into bigger deals than they actually are, I don’t feel like this apology is enough to make up for the words that were said. Not to mention, she refers to herself as part of the LGBTQ+ community a day after she said it was a brief choice to be there, but the real kicker is ending it with “Happy Monday!” How in the world is anyone supposed to be accept an apology that ends with Happy Monday?