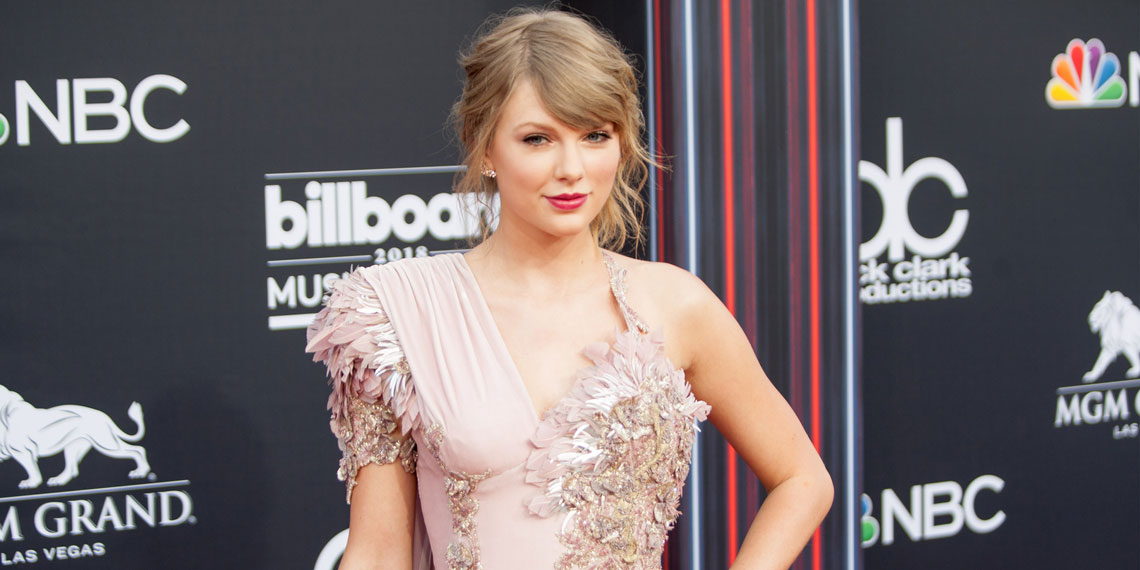 Umm, Could Taylor Swift Be The Next Celeb To Get Engaged?

It’s a miracle! Taylor Swift may have finally found the blue-eyed happily ever after of her dreams. A source “close to” Swift (my guess is Meredith) told Us Weekly that Swift’s boyfriend Joe Alwyn is looking to propose! Swift and Alwyn have been dating for two years which is approximately a lifetime in Swift years. Apart from the fact that most of the love songs on Reputation are about him (she’s right—he’s gorgeous) the two have kept their relationship mostly out of the public eye. The low-key nature of Swift and Alwyn’s relationship is a pretty big departure from Taylor’s usual trajectory of dating someone very publicly for a period of several months before dumping them (also very publicly) and writing 10-20 literally perfect pop songs about it.

The same source (*cough* Meredith*cough*) told Us that Alwyn is Swift’s “dream guy” and that he’s “keen on proposing soon,” but wants to make it “unforgettable and extremely special.” Considering Taylor Swift has 10 GRAMMYs and literally spent an entire year performing to sold-out arenas with cameos from all of the most famous people on Earth, finding something that will be “unforgettable” to her is probably pretty tough.

On the other hand, I have it on good authority (Meredith) that Swift is *something* of a romantic, and will probably flip the f*ck out over whatever Alwyn chooses to do. She is, after all, the Charlotte of pop princesses (Ariana is Carrie, Riri is Samantha, and Gaga is Miranda—do not @ me.) According to Us Weekly, Swift is “more serious about than she’s ever been with anyone else,” which is why she’s trying to do things a little differently.

So Taylor Swift is growing as a woman, learning from past mistakes, and building healthier relationships as a result? What is she, a human woman?

Of course, there’s always a good chance that Us Weekly and/or their source (Olivia?) are making this up for attention and/or clicks. Taylor is famously on top of her PR. She once tried to sue a blogger for connecting her to white supremacists (in Taylor’s defense, I would also be angry if someone connected me to white supremacists), so if this is a bullsh*t story planted for attention, I imagine Taylor and her crackerjack team are already crafting the cease-and-desist.

Is it wrong of me to low-key hope that this whole scoop isn’t true and that Taylor hasn’t grown as a person so that we can continue to reap the benefits of her incredible breakup bops? Sure, Ari gave us Thank U, Next (and for her I’m so thankful), but Taylor is the undisputed queen of breakup tunes. If she loses that by getting married then she’ll just be…what? A woman with 10 Grammys, $50 million in NY real estate, and a gorgeous husband? Who wants that?