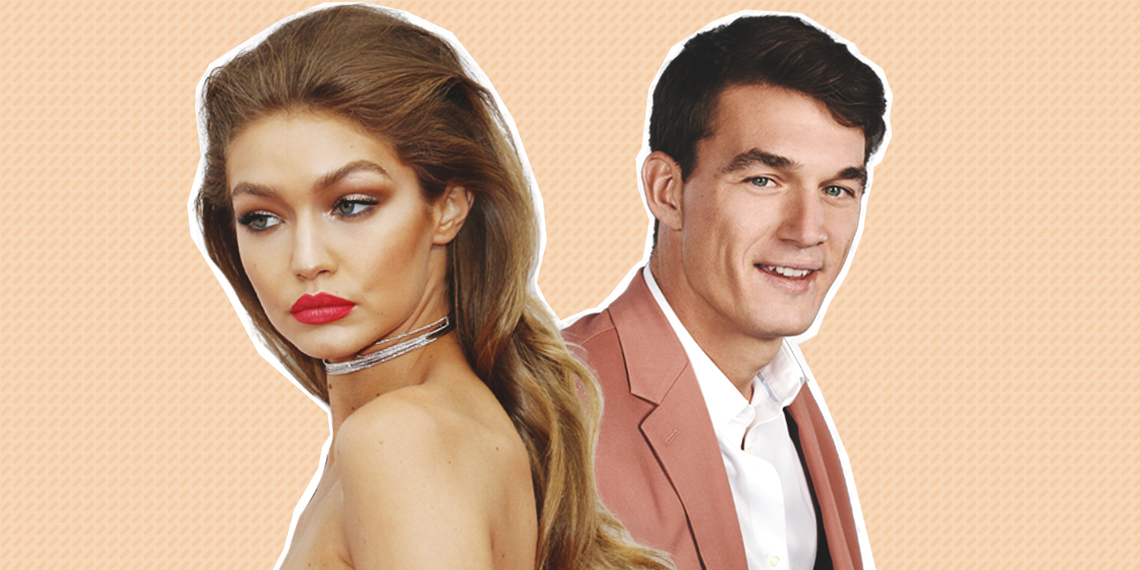 Tyler C. And Gigi Hadid Were Hanging Out Last Night

I think the world might fully be coming to an end, because I should not be this invested in the love life of a Bachelorette contestant. Last week, we all watched as Hannah broke Tyler’s heart, and then had her heart broken by Jed, and then basically slid into Tyler’s DMs live on television. It was a cute moment when Hannah asked Tyler to get a drink with her, but I wasn’t convinced that it was actually going to go anywhere.

Well, apparently I was wrong, because it only took two days for Tyler and Hannah to start banging like a screen door in a hurricane. Maybe. All we actually know is that Tyler was seen leaving Hannah’s apartment early Friday morning, so I’m letting my mind fill in the blanks. If the photos were to be believed, were Hannah and Tyler really back together? Did she wind up with her fairytale Bachelorette experience after all?

No sooner had we gotten over the high of seeing Tyler doing a walk of shame out of Hannah’s place, than Gigi Hadid came along and threw a wrench in this whole thing. As you might recall, we all noticed a couple weeks ago when Tyler and Gigi started following each other on Instagram. We weren’t sure what it meant at the time, but there was no way it was just a coincidence. Thankfully, it didn’t take long to figure out where things were headed, because Tyler and Gigi were spotted hanging out at Dumbo House on Sunday night.

So Gigi Hadid and Tyler C might be at dumbo house together? Has not been confirmed. (@themorningtoast @hannamordekhai) #thebachelorette

I think I might be obsessed with this? Tyler and Gigi are definitely in the same league, and are probably two of the most attractive people on the planet. I don’t know if they’re headed anywhere serious, but it makes sense that they would have a good time together. Also, Dumbo House is the perfect place for them to hang out, because you need a membership to get in and you’re not allowed to take photos there. Whoever shared this photo, I have a feeling that their membership might not get renewed for next year, but I’m glad they sacrificed to give us this information. They are doing the Lord’s work.

We’re still very light on information about what Tyler and Gigi did on Sunday night, but so far, there haven’t been any photos of him leaving her apartment. Tragic. More than anything, his recent, um, activities with Hannah and Gigi make me think he doesn’t have any desire to be the Bachelor next year. Honestly, it’s already a miracle that everyone loves him so much, so I feel like if he went on the show, he would probably just risk doing something asshole-ish and ruining his reputation. (CC: Dean Unglert.)

Also, Amanda Hirsch (@notskinnybutnotfat on Instagram) posted this DM with someone who apparently has behind the scenes knowledge about Tyler.

Obviously, all of this should be taken with a decently sized grain of salt, but it’s definitely interesting to think about. It makes sense that in the mainstream modeling world, Tyler might have more opportunities if he doesn’t go on The Bachelor. He might get more followers in the short-term, but he really doesn’t need the help with his career. He’s already the most-followed man in all of Bachelor Nation, and his season just ended a week ago.

I’m excited to see what happens next with Tyler, both in his career and his personal life. I really wouldn’t be surprised if we see more of Tyler and Gigi together, and maybe he’ll keep hanging out with Hannah a little bit, but I don’t think their relationship is really headed anywhere. Hannah had her chance, and she blew it. I don’t think Tyler hates Hannah, but he’s on his own journey now, one where he’s hot and famous and the world is his oyster. Meanwhile, I am already screaming over Mike possibly being the Bachelor, and I already forgot that Jed Wyatt exists. Sad!