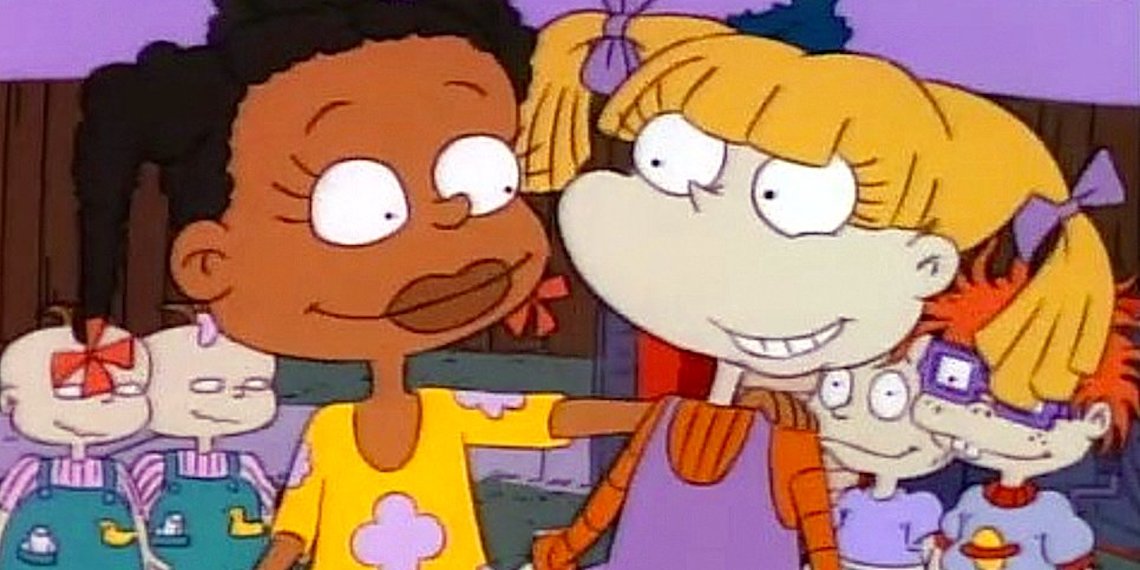 TV Shows From Your Childhood You Didn’t Realize Were Empowering

From one betch to all the betches out there, happy International Women’s Day! May we take no sh*t from men neither today nor any day! According to the UN, “International Women’s Day is celebrated in many countries around the world. It is a day when women are recognized for their achievements without regard to divisions, whether national, ethnic, linguistic, cultural, economic, or political.” So basically, it is a day that women are actually acknowledged for being badass bosses, regardless of extenuating traits like race or politics. Recognition of women’s existence and achievements seems like it should be an everyday thing, but whatever, I’m not here to complain. On the contrary, I’m about to make y’all really happy with some flashback Friday feminist empowerment from our favorite television shows circa the ’90s and early 2000s.

That’s right, some of our favorite childhood shows made a legit and impactful effort to instill feminism in our young and impressionable minds so that we would be prepared to enter young adulthood with the betchy confidence of Angelica Pickles circa the early years. Let’s get to it.

Happy International Women’s Day. ? May we lift each other up and champion one another. I love being a woman and I love you all. ?

I’m going to start with Rugrats because it is the freshest in my memory. A few weeks ago, my roommate and I were watching that Friends episode guest starring Elizabeth Daily, AKA the voice of Tommy Pickles. (For those of you who are wondering, her actual real life voice is the literal same as that of Tommy Pickles.) So, like any sober 25-year-olds, we got nostalgic and wanted to relive the joy of a Rugrats episode, but because cartoon quality has gotten significantly more legit since the ’90s, Rugrats no longer graces our television screens via cable. It is, however, on available for purchase. So without hesitation, we threw our hard-earned dolla dolla bills at the entire first season of this show, and literally watched the entire thing within a week. I am not impressed with us, but I am impressed with the astute level of feminism in this gift to humanity.

For those of you who may have forgotten, Angelica is low-key the star of the show because she was bossy as hell, and I am here for it! How could she not be when her boss bitch mom actually uttered the words, “Angelica will make it in a male-dominated power structure.” Um, YES. Let’s not forget about DiDi Pickles, who was the glue that held her weird little fam together. Let’s face it, her hubs was a toy inventor with the mental capacity of a stale cracker, and Tommy is a textbook case of ADHD’s early symptoms. She was progressive af and we aren’t mad about it. Betty Deville is another top contender for most feminist queen of Rugrats. She was always donning her athleisure because she gotta #werk, raise a family, and crush souls of judgmental trolls all day everyday. Last but not least, Charlotte Pickles, who was gloriously terrifying and got whatever the f*ck she wanted. This human form of a power stance knew how to command a room and didn’t have time to deal with your sh*t. Claps for you, Charlotte.

The Amanda Show was SNL for ’90s babies. She was Kristen Wiig, Kate McKinnon, Maya Rudolph, Leslie Jones and Tina Fey all rolled into one sassy betch. Because Amanda played upwards of 800 different characters in countless sketches on this blessing of a television show (#MoodysPoint), I just don’t have the time to go into all of them, and I refuse to focus on only a few because they all deserve recognition. So instead, I’m going to focus on the show in general. The Amanda Show made humor accessible. I know what you’re thinking, “What?” But think about it, The Amanda Show was just an endless sea of hilarious jokes from a group of really attractive kids who were not afraid to don heinously ugly wigs, outfits, or fake teeth for a laugh. I feel pretty confident in myself, but idk if I could have thrown on a pair of fugly overalls, a bucket hat and dentures in front of a 1) live studio audience and 2) millions of viewers at home. Kudos to you, Amanda. We love you!

I watched this show a looong time ago, so I’m going to keep this brief. If there is another definition of girl power that isn’t “Sugar, spice, and everything nice,” I don’t want to hear it. These were the ingredients chosen to create the perfect little girls, but Professor Utonium accidentally added an extra ingredient to the concoction: chemical X. Thus, the Powerpuff Girls were born using their ultra-superpowers. Blossom, Bubbles, and Buttercup have dedicated their lives to fighting crime and the forces of evil, and I’m impressed. These sister were like, what, seven years old and fighting crime? I can’t even find a dude who washes his hair, and these girls were out here making the world a safer place. Good for them.

‘The Fresh Prince Of Bel Air’

Each of the three main women in this amazing show were absolute queens in their own right, but I am just going to focus on one, the matriarch and feminist icon, the OG Vivian Banks. (Not her replacement who looked literally nothing like her in any way, and I need an explanation from the producers for this abomination). Anyway, Vivian 1.0 showed all of us plebeians how to rock a mint green power suit and raise a family, both of which are impressive. So in like, basically every episode, Aunt Viv stood up to sexism, ageism, racism and a slew of other -isms, because she’s a hero who’s too stylish to wear a cape. Her education about cultural references was truly unparalleled. Let’s not forget her absolutely schooling Will when he acted like he was an expert in black history because he read Malcolm X’s autobiography. The exact quote was: “You can read that book, you can wear the t-shirt, you can put the posters up and shout the slogans, but unless you know all of the history behind it, you’re trivializing the entire struggle.” YAS, AUNT VIV, YAS. The bottom line is Vivian was a woman who was unabashed to speak her mind, especially when dealing with her moronic male counterparts. Sorry, Carlton, we love your mom and her dance moves more.

‘Sex and the City’

Ok, before everyone judges my mom for letting me watch this show, she didn’t know I binged harder on SATC than I did on Halloween candy. Skip your eye rolls and scoffs for calling this show feminist, but what would you call a squad of women who subconsciously discussed the bs behind the coveted fairytale ending and openly shut down slut-shaming? This group of revolutionary women (I’m a total Carrie) made it okay to engage in sex with guys you aren’t Facebook official with, to have fun without worrying about the haters and, of course, to prioritize Manolos over all else. Idk if this was intentional or not, but these four women make up one perfect betch: Charlotte is romantic, Miranda is brilliant, Carrie is funny, and Samantha is Samantha. Of course, no one woman is actually perfect, which is why all of these traits are separated into four individual women, but they are all great and I love them. On a side note: it truly breaks my heart that SJP and Kim Cattrall aren’t actually friends IRL, because their characters were the most likable on the show. Truly, no one could pull off jewel tones and feathered accessories like they could. I’m hoping that somewhere in lower Manhattan, Carrie and Samantha are getting afternoon cocktails rn.

When Lizzie McGuire would lose sight of reality, her BFF Miranda Sanchez was always there to keep her in check. (link in bio)⁣ .⁣ .⁣ .⁣ #lizziemcguire #mirandasanchez #throwback #disney

This show was my life, and I have no shame in my game. Lizzie was a cultural icon who struggled between staying true to herself and wanting to fit in, but then she realized how much the popular kids sucked and got over it. Snaps. Lizzie’s main feminist feat is that she was not afraid to go through all of the same struggles all teenage girls go through: heartbreak, annoying siblings, eating issues, and, most iconically, bra shopping with your mom. Lizzie facing all of these preteen issues made all of us realize that these are just normal parts of life, and we shouldn’t feel embarrassed to be experiencing them. Lizzie came into her true feminist self in the final scene of the movie, though, when she chose herself and her hair extensions over a guy. Nevermind that he lied, cheated, and tried to pass Lizzie off as Isabella, but he tried to play her for a fool, which just isn’t how you save your career, sweetie. Lizzie’s too smart for that sh*t, you Italian meatball!