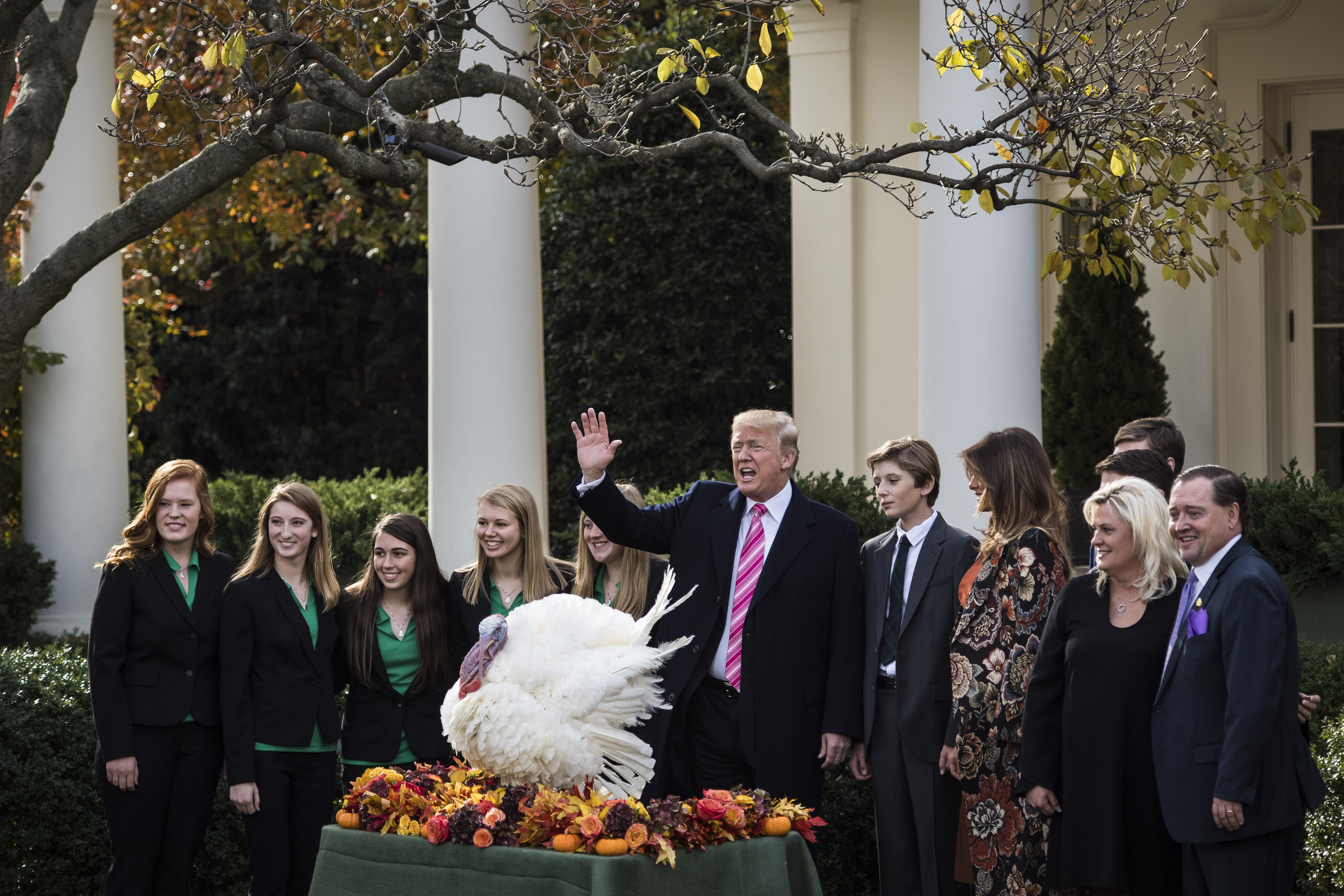 Trump Used The Turkey Pardoning To Try Out Stand-Up Comedy

One of America’s weirdest presidential traditions is the turkey pardon, and considering Donald Trump is literally the drama president, it should come as no surprise that he used his turkey pardoning this year to start sh*t and drag people. I mean, what do we expect from a reality TV personality? We know he’s not here to make friends.

Today White House turkeys Peas and Carrots were pardoned by President Trump, officially joining the ranks of such illustrious figures as convicted illegal campaign donation felon Dinesh D’Souza and sheriff who made pregnant detainees give birth in chains Joe Arpaio. And if you thought President Trump would use this occasion to talk about the meaning of Thanksgiving and how it relates to the need for bi-partisanship in Washington, a true lol to you. President Trump wasted no time using the turkey pardoning to talk sh*t about Democrats in a series of jokes that I’m pissed to admit were actually kind of funny.

First, he warned Peas and Carrots that, though they’ve been pardoned, they still may face a subpoena from the House Intelligence Committee:

At the annual White House turkey pardon just now, Pres. Trump took a Thanksgiving-themed swipe at Democrats: “Even though Peas and Carrots have received a presidential pardon, I have warned them that House Democrats are likely to issue them both subpoenas” https://t.co/QYgxOoTOJC pic.twitter.com/7NLo1oVA88

It’s funny because it might happen to his own children! Then, the President Petty also got in a dig at the Florida recount. Because nothing says “Thanksgiving” like an old racist guy bringing up some settled drama just to start sh*t with the liberals in attendance.

It’s funny because it undermines the validity of future election results! Honestly, are we sure that Trump is not attending the White House Correspondents’ Dinner this year? Because he’s just a few jokes short of a tight five. I mean, Obama got a Netflix show when he left office, so maybe Trump will get a stand-up special? Weirder things have happened. For example, the fact that he’s president in the first place.

On a separate note, good on Barron for setting aside party politics and fulfilling the traditional first child’s role of looking bored as f*ck throughout the entire turkey pardoning and side-eying all of their dad’s weird Thanksgiving humor. He might be the only Trump who actually filled his predecessor’s shoes perfectly:

Props to Barron for continuing the Obama-era tradition of first children looking like they want to die throughout the entire turkey pardoning pic.twitter.com/C3tM6oSCQO

No matter how you feel about the president using a holiday celebration to attack his political opponents with some surprisingly well-crafted zingers, I think we can all agree that we can’t wait to see the jokes he makes at next year’s pardoning of Don Jr.!