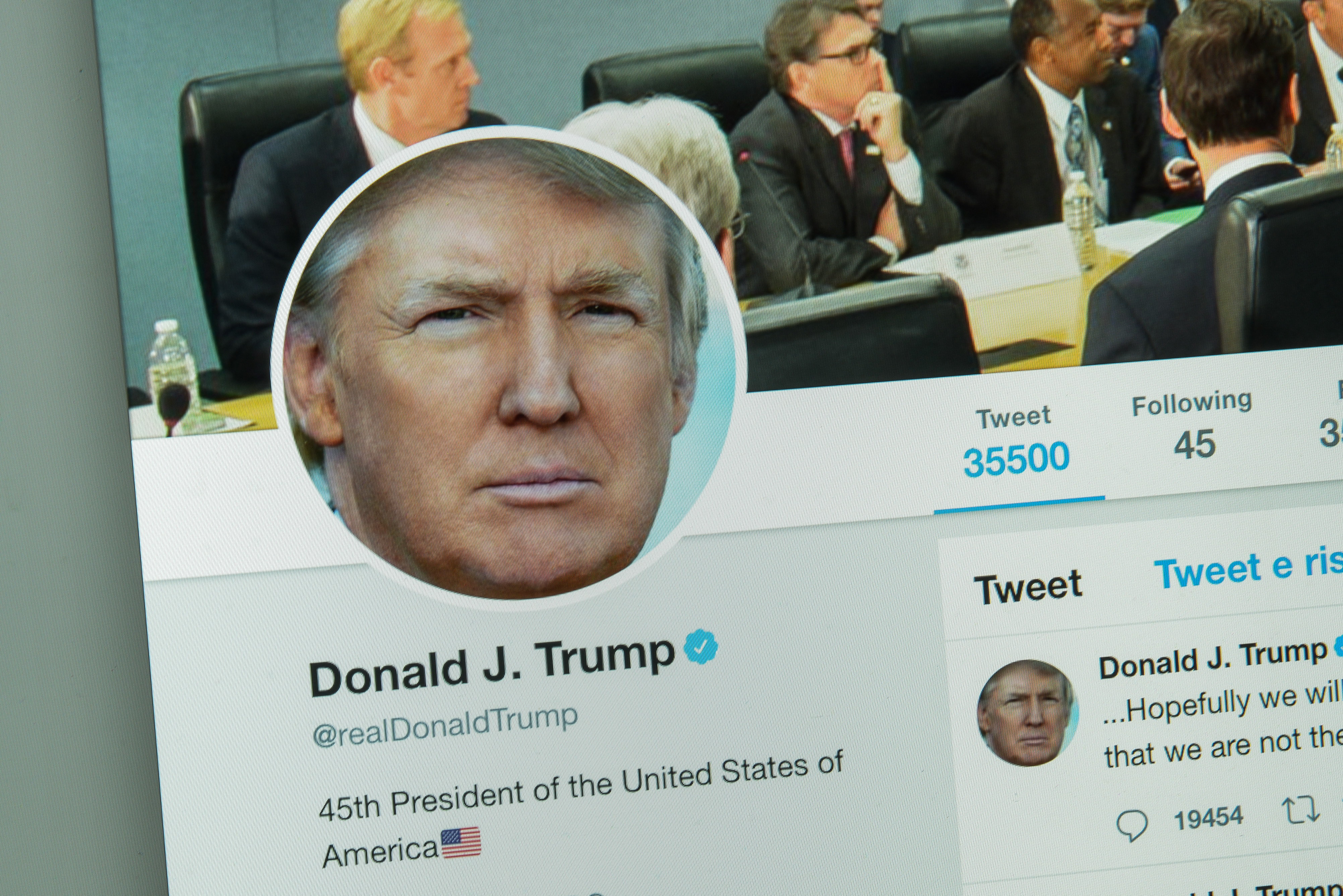 We already knew that Trump doesn’t know the difference between HIV and HPV, but now we have confirmed that Trump also doesn’t understand that ghostwriters are supposed to make you look like a better writer. That’s right, fam, Trump tweets don’t all come from Trump. According to an in-depth analysis by The Boston Globe, a team of West Wing employees have figured out precisely how to embody the president’s unhinged Twitter voice and they’re so good at it, I don’t know whether to be impressed or alarmed. For awhile now we’ve known that the only thing liberal on Trump’s Twitter is his use of the exclamation point, but not every poorly-placed punctuation mark comes from his own, golden-haired head. Even though the president has an entire iPhone dedicated strictly to Tweeting, sometimes even Twitter’s biggest fan needs a break. That’s where the Trump tweet ghostwriter come in.

Basically, the process goes down a little bit like how I imagine the British royal family would deal if by some tragic turn of events, toddler Prince George suddenly became the King:

Step one: White House Staff decides on the topic they want Trump to comment on and from there, the team will draft 3-4 tweets in a memo that they think fit Trump’s tone. (Aka: racist grandpa with a smartphone.)
Step 2: Trump will then choose the tweet he likes best and send it off confidently to 52.2 million followers.

So yeah, it’s a pretty short process, but the fact that there is a process at all is alarming. And sure, the first part seems harmless. Most politicians don’t have full control over their social media (remember when Hillary Clinton’s Twitter had that fun little -H- next to all her personally written tweets?) Mitt Romney had a team of 22 people who had to sign off before any tweets on his profile could be sent, and even Obama had a system of hurdles in place to avoid an internet disaster. What makes Trump’s technique creepy is not that sometimes he wants to let other people do the writing, but rather that he’s making them write like a fifth grader on a sugar rush in a toy store.

The confusing typos, bold disregard for language, limited vocabulary (covfefe?), unclear points and choppy fragments are all part of maintaining Trump’s image that he is “of and for the people” despite the fact that he’s ridiculously rich and largely disconnected. The logic there is somewhat sound: Getting offended over using “your” instead of “you’re” is just as elitist as getting offended over “Merry Christmas” instead of “Happy Holidays?” Maybe? It just seems a little strange that someone who so passionately wants to build a wall to keep Spanish-speaking people out of his country doesn’t at least try to respect the rules of English. Regardless, let it be known to anyone at the White House that I would be very interested in the tweet-ghostwriting job. Here’s my first draft:

“Why!!!! Am I the president!? I’m just rich guy. No experience. Quitting today!!! Good luck #FreeMelania”