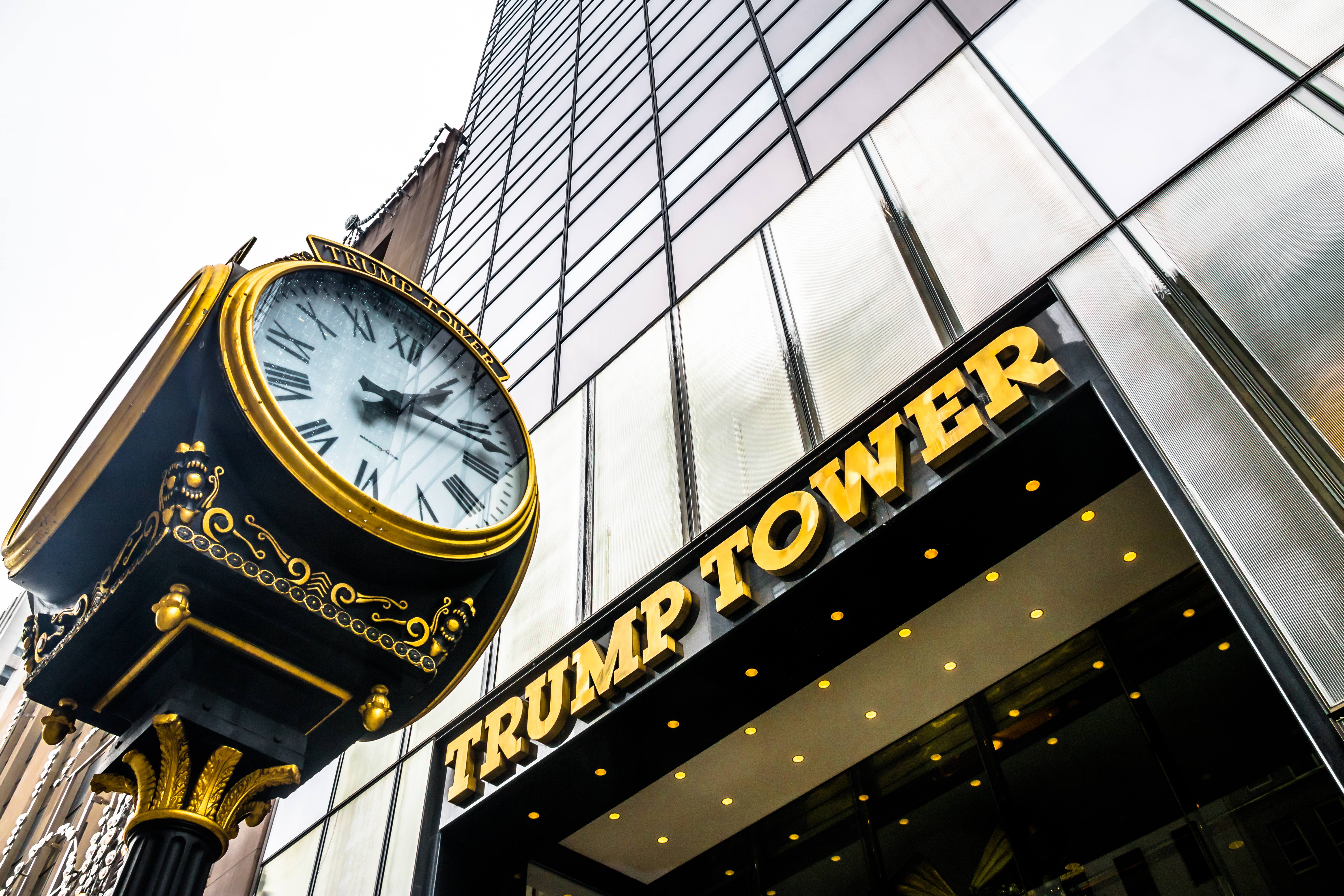 The Definitive List Of Shady Bros Living In Trump Tower

Welcome to your relatively exhaustive guide to all the fucked up shit that has gone down in the shithole known as Trump Towers. I say relatively because there is literally no listicle long enough to recount all the money laundering, gambling, racketeering, and mafia dealings that have occurred on Trump properties. As a betch who keeps up with the news enough to be reading this article, you already know about the infamous Trump Tower meeting between Russian operatives and Trump campaign members, but you probably don’t know that Trump Towers has offered a home to countless actual convicted and alleged criminals. I mean, literally countless. Shady bros in Trump Towers are like Kardashian babies – there are way more than you think. So much so that I have to break them down by geographic location. You’re literally so welcome.

Let’s begin with the convicted criminals who called Trump’s New York City buildings home. Trump Tower, nicknamed the “tower full of oligarchs” by Bloomberg, was the second building in New York to accept anonymous buyers, which is a fucking red flag if I’ve ever seen one. Luckily, there are enough government investigations into these dudes that we now know who many of them are.

Trump Tower denizen Felix Sater, former advisor to Donald Trump, is my personal favorite Trump-adjacent criminal. A Russian immigrant who attempted to become a finance bro, he stabbed a Wall Street enemy in the face with a broken margarita glass while presumably blackout and literally went to jail for a year in 1991. Post-jail, he tried to pull a Nate Archibald’s dad and get back in the biz, but ended up pleading guilty to working with Russian mobsters in a racketeering scheme. What a journey.

A diamond dealer investigated by the Treasury Department for money laundering lived in the Trump Tower unit below Kellyanne Conway’s before being murdered on 6th Avenue in what totally doesn’t seem like a mob-related shoot out at all.

An international gambling ring busted by the FBI was based in Trump Tower. Chuck Blazer, a resident of floor 49 and friend of Trump’s fave dictator Vladimir Putin, pled guilty to ten different crimes of corruption including racketeering, money laundering, and tax evasion as part of a larger corruption scheme surrounding FIFA, which I do not understand because I am incapable of even pretending to comprehend sports.

David Bogatin, who worked for someone the FBI literally calls the “boss of bosses” in the Russian mob, bought five condos before being investigated by the Senate.

The former mayor of a Kazakhstan city has been accused of using millions of dollars stolen from his constituents to purchase Trump Soho Apartments.

Paul Manafort, former Trump campaign manager and unregistered foreign agent who helped prop up dictators worldwide while also laundering their money on the side, lived on floor 43.

Trump was almost investigated by former DA Rudy Giuliani for selling condos to the head of a gambling ring, who paid with a suitcase of cash. I can’t make this shit up. Like current DA Cy Vance who declined to prosecute Jarvanka after receiving campaign donations from Trump associates, Giuliani suddenly lost interest in this case after Trump claimed he would raise millions of dollars in the event of a Giuliani mayoral run.

Currently, Trump Tower is home to a bank run by the Chinese government, a regime with a great reputation for democracy and the free press.

A single real estate broker claims to have sold 65 units in Trump World Tower to Russian investors. But yeah, def no collusion. Also, Trump’s 2016 campaign was run from floors 25 and 26 of Trump Tower, so I assume illegal dealings are TBA by Robert Mueller. Stay tuned.

Ok, onto the illegal shit occurring in your least favorite spring break destination, Florida. Trump  condo owners here include a Russian-American crime group, a Ukraininan man arrested for fraud, a Mexican financier with an Interpol warrant out for his arrest, and a Venezuelan oil contractor who pled guilty to tax evasion.

Last up we have Trump’s Ocean Club in Panama. The former lead broker for this property was fully arrested for real estate fraud before fleeing the country and proceeding to give an interview claiming he sold units to men who laundered money for drug cartels, ran prostitution rings, and forged foreign documents.

If you made it to the end of this listicle and want to kill yourself because Donald Trump is in the White House instead of jail, same. Ttyl, I’m off in search of a life supply of Xanax.